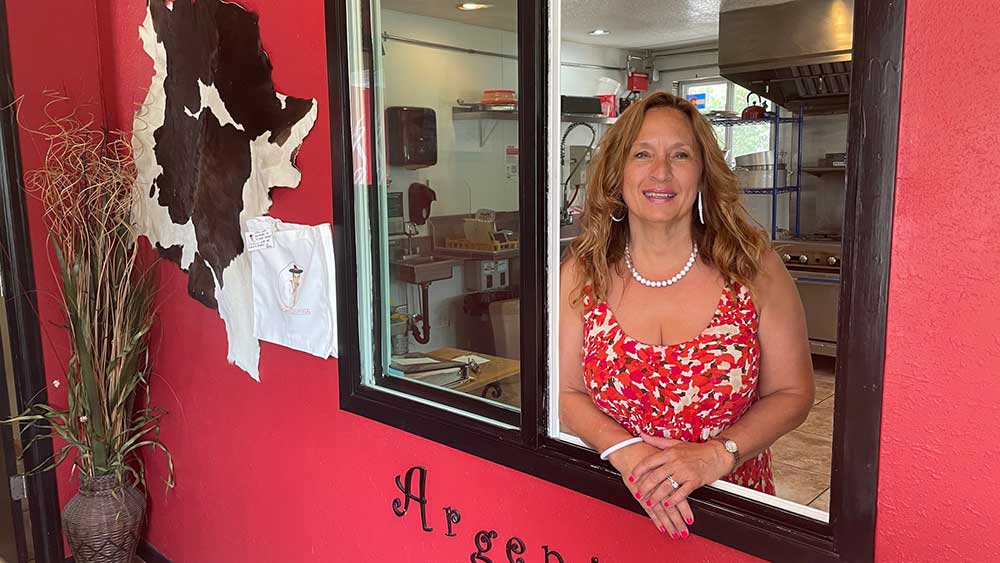 Two years ago, I spent a week in Argentina during grape harvest season. Along with marbled steak and Malbecs, pisco sours, and some of the most delicious roasted pumpkin I’ve had, the empanadas made an impression. These handheld, medium-sized, savory meat pies were everywhere and cooked in the same wood fire grills that make Argentinian meats so delicious.

Once home, I was delighted to find that authentic empanadas were available a mile from where I live, at Gaucho de Argentina. We could walk up to their small restaurant and order fresh handmade pies or grab some bags of them for our freezer. My eleven year old son loves them, and it’s a great change from the processed kid food he usually makes himself.

I talked to Judy Giampieri, the chef and owner of this lovely little restaurant. She started the business based on a recipe that had been in her husband’s Argentinian family for what she says is at least two generations. The family began selling from behind festival tables and, luckily for us, scaled up.

As it turned out, our conversation wasn’t a given because the restaurant’s business model is in the middle of change. The storefront our family loved will no longer be her home. Instead, she’s entertaining a handful of different futures for the business.

Such transitions are never easy, but she was willing to talk about hers, so I listened with both ears open.

Giampieri shared that there were a number of factors behind the change. “People will walk into the grocery store and look at the freezer and say they want steak or pizza. They don’t even know we’re there. That’s part of our dilemma,” she said.

In addition, the restaurant’s location isn’t on the main drag in old town Erie, Briggs St. It’s just off of it and customers didn’t seem to find their way there – even during events. The pandemic didn’t help, as Giampieri had to shut down restaurant service.

That’s when the conversation turns to her passion as a chef, about why the exhaustion, endless tasks, and creative solutions are worth it. Said Giampieri, “I feel I have a product that’s out there like nothing else. There are other empanadas out there, but we’re the one in the grocery store. And on our package, it says ‘made with love.’ We have a special product; we just have to find the way to help it make money for us.” 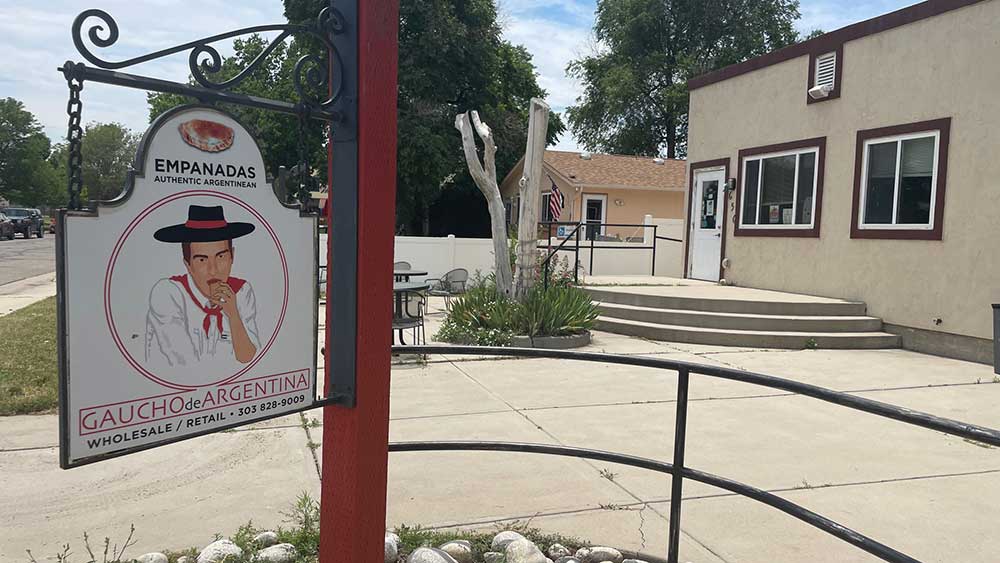 “I’m always asking for direction from God, and I feel like I’ve been moving towards having this business,” she explained, and then told a story from the restaurant’s earliest days. “It’s always been a journey. In the beginning, I was at a conference and a gentleman from Udis spoke about how their family became successful. I went and talked to him afterwards.”

He asked Giampieri to think about what she really wanted to do, a mobile venue or a brick and mortar establishment. “I realized that I want everyone to have an empanada, not just people in front of a food truck,” she said.

Currently, along with prayer, asking all the right questions, and unfailing belief in her product. Giampieri is planning her next steps. She hopes to be one of the vendors that are going to be part of a new open air marketplace coming to Louisville. She’s also shifting her baking operations to a more efficient, shared professional kitchen space.

Don’t worry about the pies disappearing. Her pies are in the retail locations they’ve been in for a while: LeFrigo, Short Stop, Lucky’s, and Niche Market in Boulder; Shop and Save in Erie; LuLu’s Farm in Brighton.

With all of this effort, Giampieri believes something should work – if that’s what was meant to be. “It’s been a journey, but I feel that I’ve just been driven to keep moving forward. To never quit,” she said.