The VIP opening for the new Immersive Van Gogh experience in Denver is on September 28th, wWith the public opening on September 30th. Offering 500,000 cubic feet of projection, 60,600 frames of video, combining for 90 million pixels of experience, prepare yourself to become a part of Van Gogh’s mastery.

This new-to-Denver, number one selling art project on the planet, from the creators of the blockbuster exhibit seen by over 2 million visitors in Paris and after a sold-out run in Toronto, “Immersive Van Gogh Exhibit makes its mark at a historic venue in the heart of Denver”. We were told, at the hard hat (behind-the-scenes) tour of the venue and installation progress, that Denver officially has the highest market per capita for ticket sales, with 237,000 tickets sold as of this morning (September 22nd).  Colorado clearly craves its arts experiences.

A bit of backstory. According to the website, DenverVanGogh.com, “just over a year ago, a groundbreaking partnership between Show One Productions (founded by Svetlana Dvoretsky) and Starvox Entertainment (founded by Corey Ross) created Lighthouse Immersive to bring you the Immersive Van Gogh Exhibit. The world has changed significantly since Svetlana and Corey combined their efforts to create a permanent arts space in downtown Toronto, but Lighthouse Immersive persevered.”

Dvoretsky was on hand to introduce us to the experience, including a briefing of the origins and scope of the project, and how her team ended up bringing this decidely European art project to North America. We were also given a 10 minute immersion experience, barely a taste but enough to hook us. In spite of how good the teaser was, interestingly, it seems they have a lot of work to do before the VIP opening on the 28th. Planned work that has yet to be completed includes a gift shop, an experiential bar space, a pocket gallery replete with QR code paintings that will take you to augmented realities of Van Gogh’s paintings, an exit corridor with linked televisions for ongoing multimedia experience, an entry foyer, and a venue exterior with murals on the columns and window graphics to wow as you’re welcomed to the exhibit.

We’re excited for the realization of the full project. Are you planning to go? Let us know and share your pictures when you’re back from the immersion. Enjoy these behind the scenes images and videos, by De La Vaca.

Tickets are still available at tickets.denvervangogh.com. 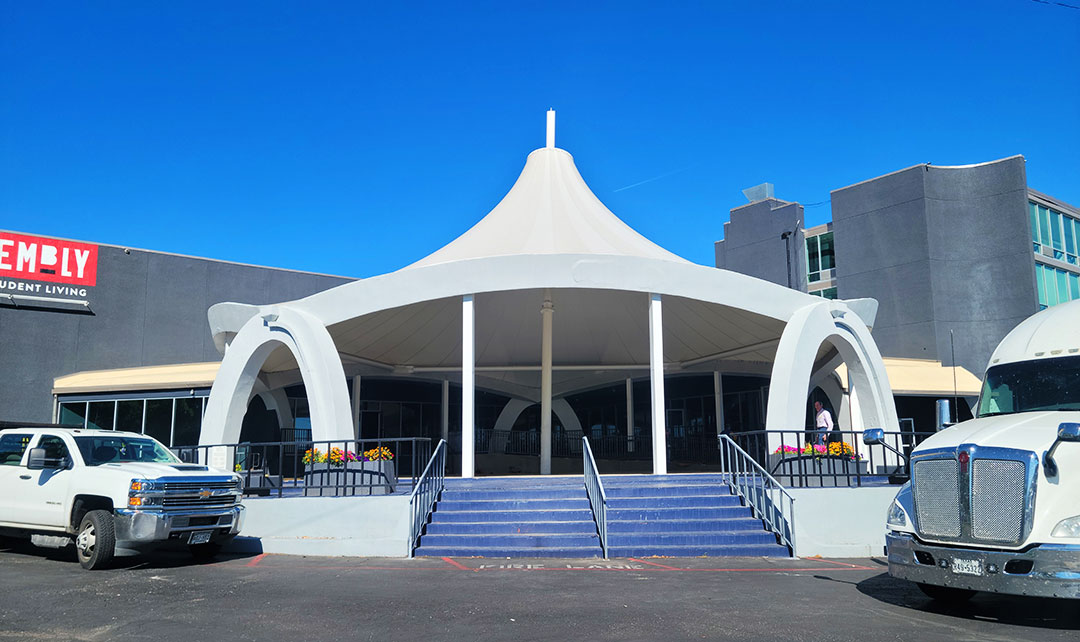 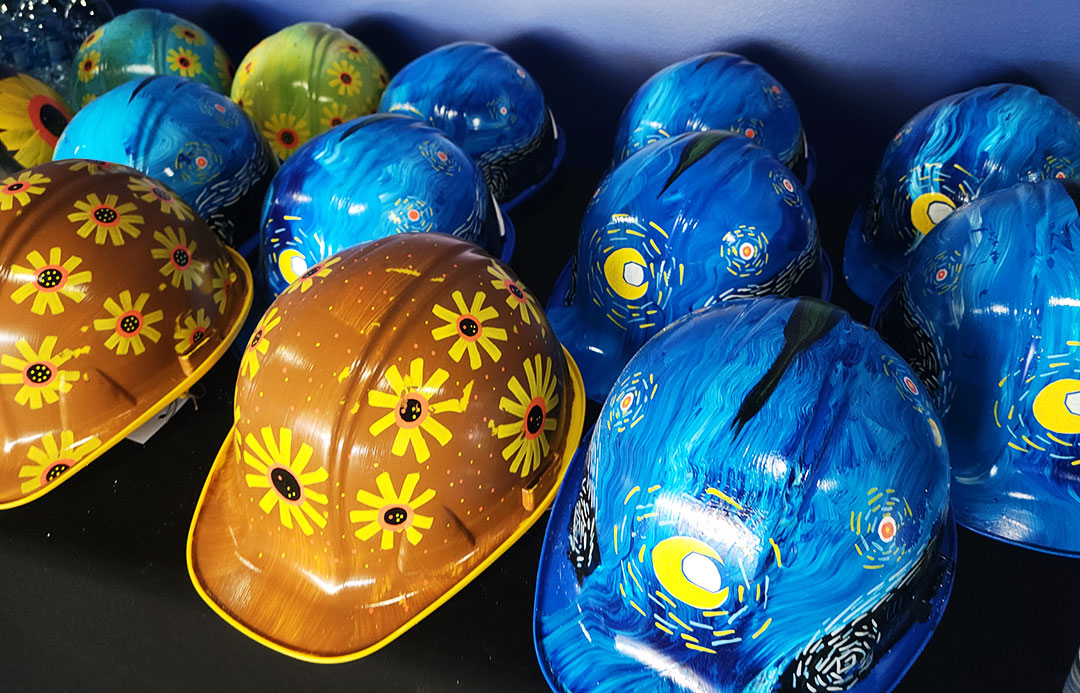 Hard Hats for the Hard Hat Tour (we kept these) 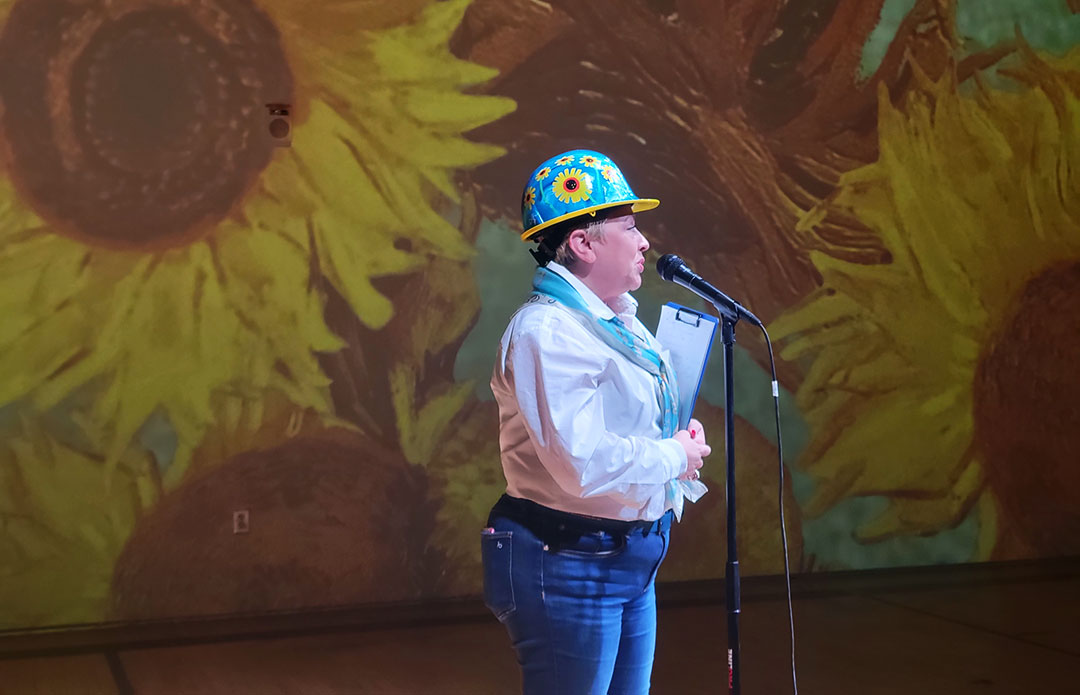 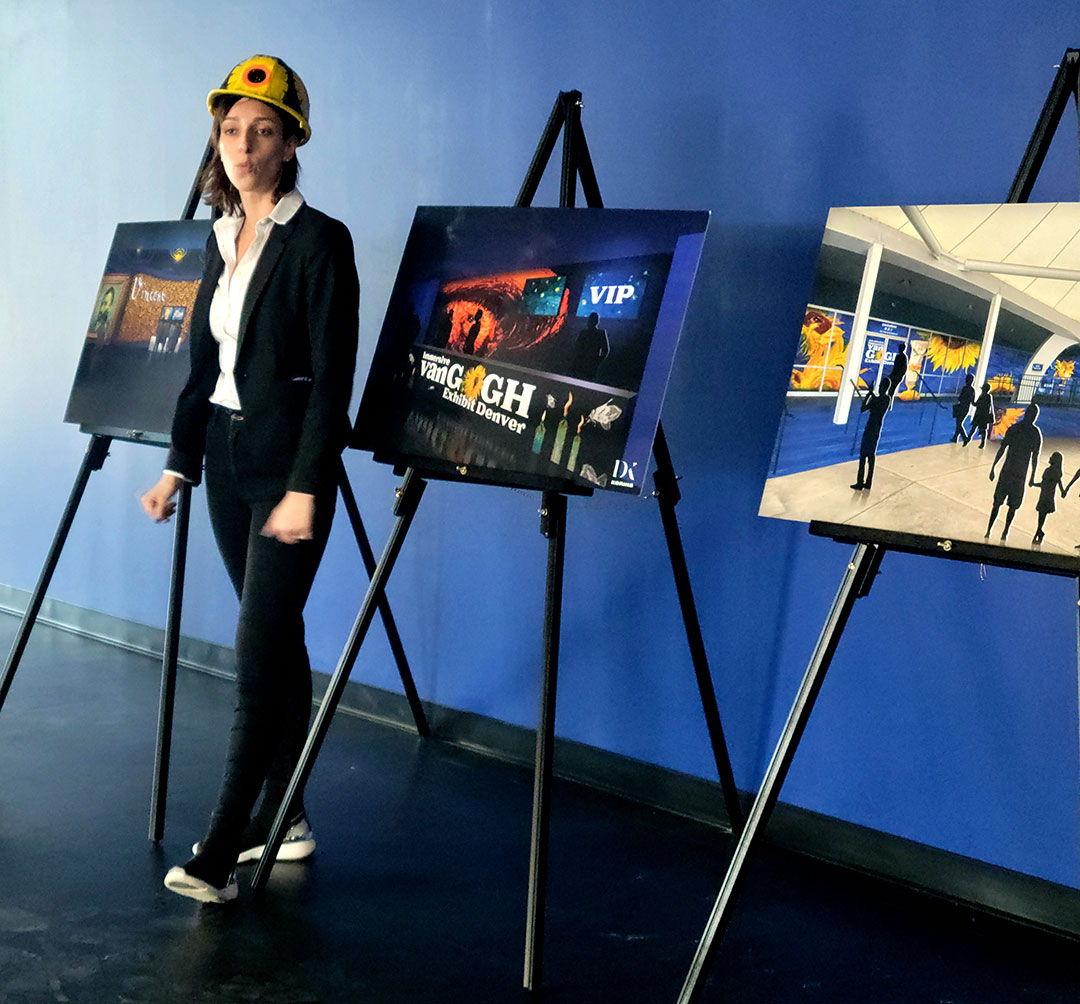 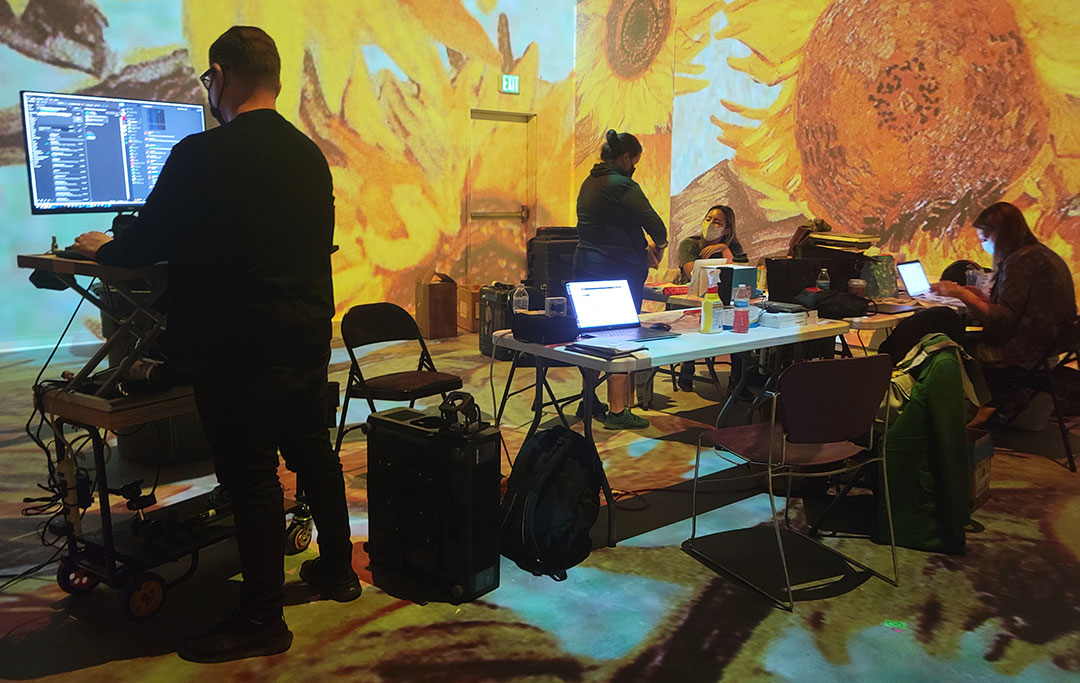 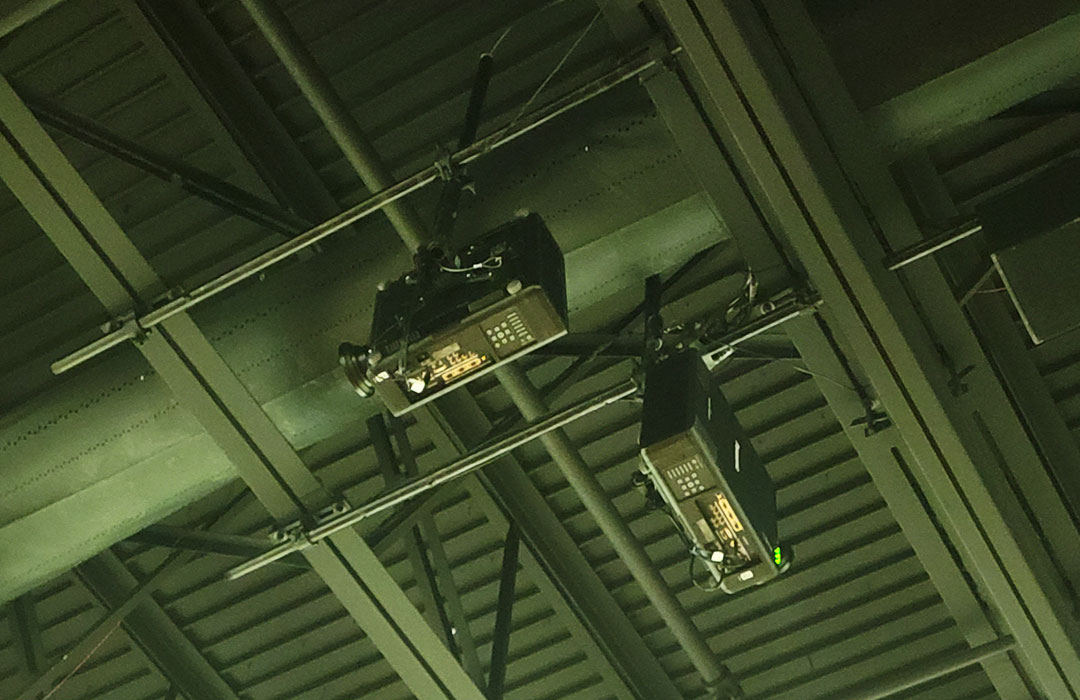 Two of the dozens of projectors used to realize the project 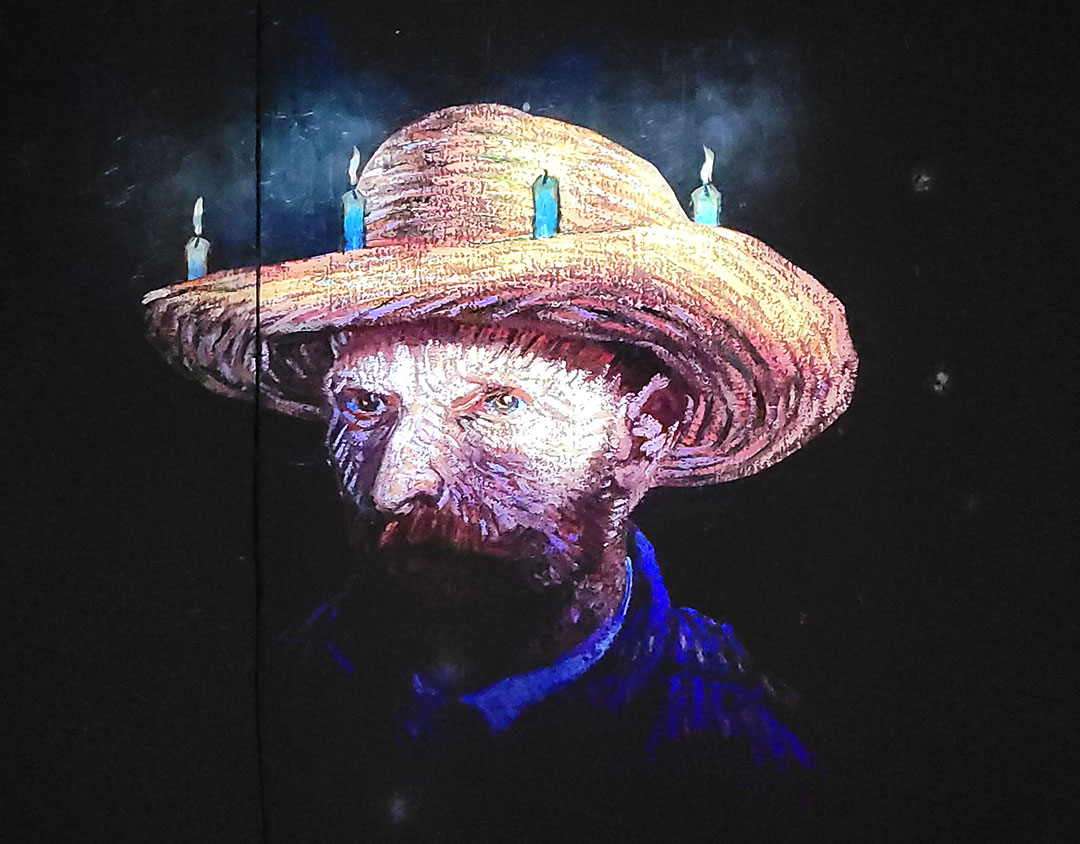 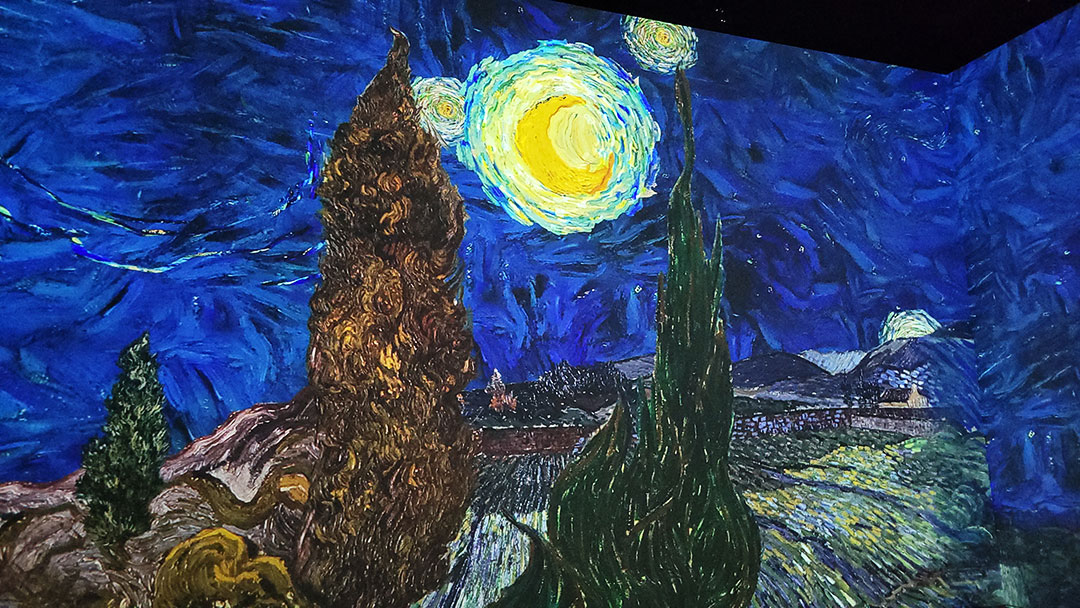 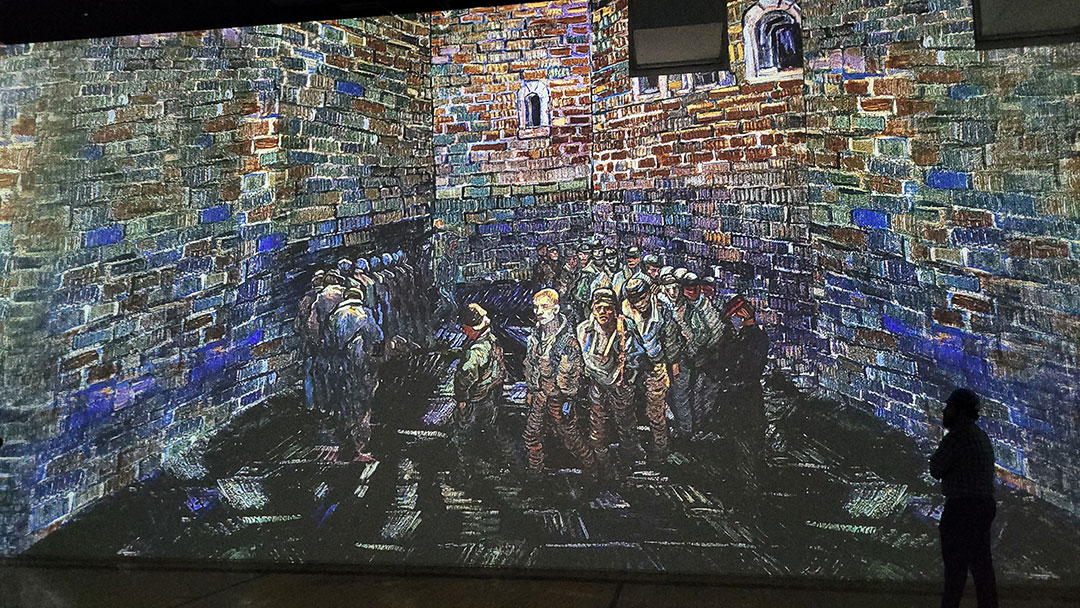 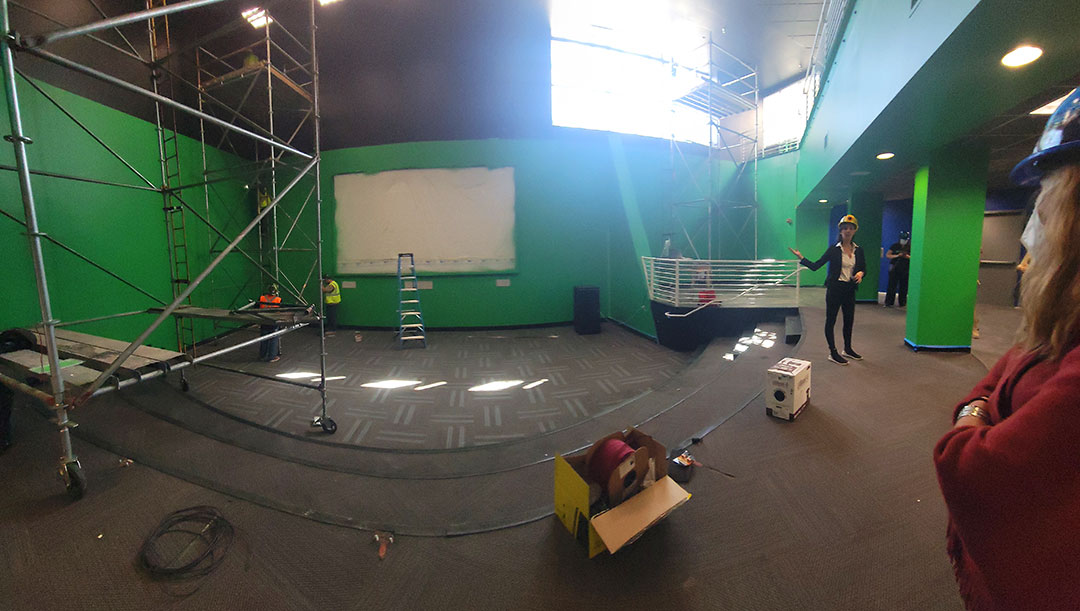