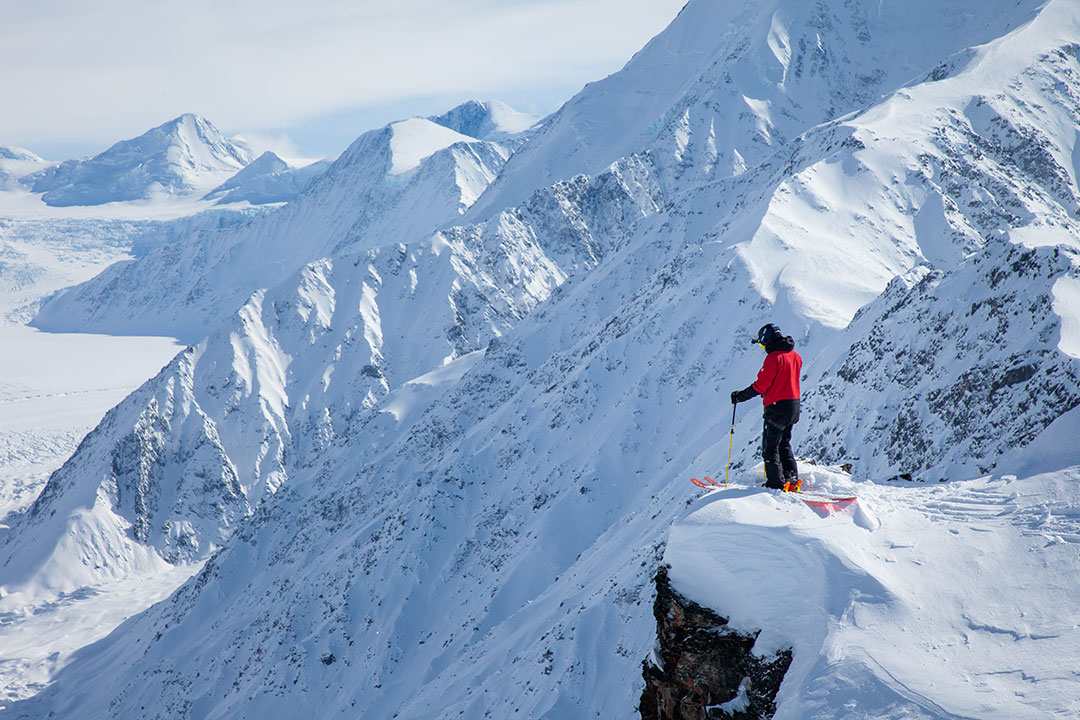 Boulder, Colo. – October 20, 2021 – Warren Miller Entertainment is excited to bring its audience back into theaters for the 72nd feature film, “Winter Starts Now.”

Winter Starts Now is a “love letter” to that special place on the calendar – the winter season. It’s a call to action for all viewers—get stoked, be prepared, because the season so many live for is here.

The 72nd annual ski and snowboard film from Warren Miller Entertainment will chase winter from coast to coast. From Alaska’s Prince William Sound, where the only fresh tracks encountered belong to bears, to Maine’s community of craftsmen and women devoted to sliding on snow. From kids with huge Olympic dreams to adaptive shredders who leave even the most able athletes in the dust. Viewers will road trip with big mountain skiers Marcus Caston and Connery Lundin as they chase winter all the way to Alaska, before catching up with speed riding legend JT Holmes, and meet new friends like Madison Rose and Vasu Sojitra. “Winter Starts Now” takes viewers on a journey to the highest peak in America, to the best groomed trails at beloved resorts, and to the mom & pop’s that have stood their ground throughout the everchanging ski world. The film is an homage to every skier who lives for the thrill and finds solace on the chairlift.

“If we learned anything from last year’s most unusual winter, it’s that skiing and snowboarding and life in the mountains provide a release and a reprieve and a reminder of what matters most,” said Micah Abrams, VP Content for Warren Miller Entertainment. “Every year, we celebrate that moment when you can see your breath and realize that you’re only a few weeks away from your first run of the year. For the seventy second year in a row, we’re pleased to announce, Winter Starts Now! Whether you join us at your local theater or virtually through Outside TV, we look forward to celebrating with you.”

Additional Colorado tour dates and locations include Nov. 4 at the Pace Center in Parker; Nov. 5th at Pikes Peak Center in Colorado Springs, Nov. 6 at Pueblo Memorial Hall in Pueblo;

Warren Miller Entertainment is a part of Outside, Inc. the world’s leading creator of active lifestyle content and offers an all-access membership program, Outside+. Outside+ members receive two tickets to a national tour show of their choice, plus 20% off additional tickets, early entry and best seats in select venues, and exclusive access to the virtual release. Members can also stream the entire Warren Miller film library with 48 films, dating back to 1961As part of the $99 annual membership, subscribers receive over $500 in additional benefits from annual magazine subscriptions to events, courses, training plans and more. Learn more about Outside+.

The annual feature film and coinciding theater tour will kick-off in Orem, Utah on October 20. Making its way to over 150 cities across the United States, the national tour will wrap on December 11 in Portland, ME. A virtual showing will be available through Outside TV in November. For years we’ve been kicking off winter in true Warren Miller fashion, and we’re excited to be back for another round with the nationwide film tour. This season, the snow will feel a little deeper, the jumps a little higher, the air will taste more crisp than ever before, and the views from the top will be just a bit more inspiring. This fall, tap into your inner snow season stoke because winter starts now.

Get your tickets now and head to warrenmiller.com to learn more.

Warren Miller Entertainment has been a pioneer in action sports cinematography since 1949. Winter Starts Now is the 72nd installment of its feature film library. Warren Miller Entertainment is the leader in snow and adventure sports production, stock footage, event experiences, and four-season content solutions for sponsors, clients, and athletes, and is a division of Outside Inc, based in Boulder, Colorado.