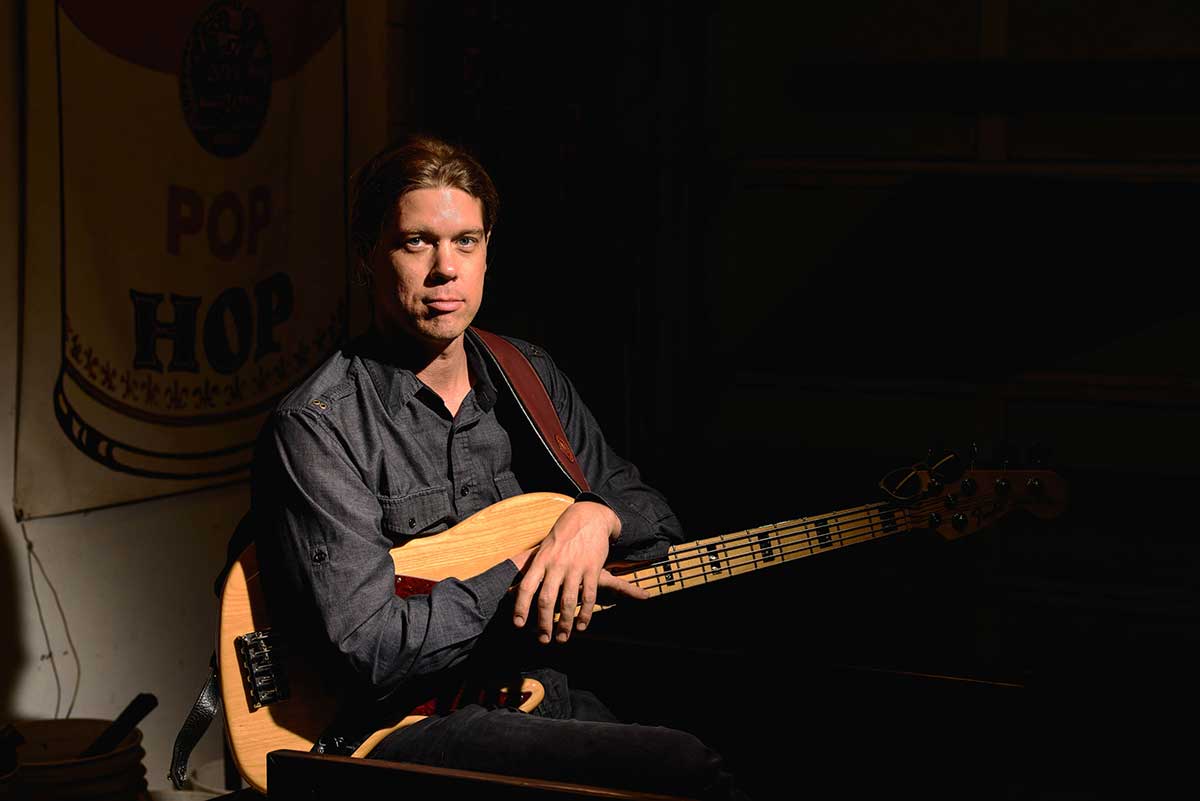 [All photos provided by Niek Velvis.]

Niek Velvis’ sophomore effort, the Brighella Sessions, came together over the course of the most disruptive year in contemporary music history. No gigs, next to no interaction with other musicians, and no promise of when it would all come back to life, the music scene found itself utterly cratered by the COVID-19 pandemic. Yet amid that destruction, Velvis found inspiration, and pulled together some of the Centennial State’s finest players, including his very own wife Alana on the drums. Here, he talks about collaborating during a pandemic, learning to love the process again, and obscure Italian theatre.

French Davis: Tell us all about Niek Velvis — who you are, where you’re from, how you got into music and why blues is your focus?

Niek Velvis: Growing up, my parents had the travel bug so we moved from coast to coast, north and south, and we always had music playing on a stereo through the miles travelled. I remember loving the pulse of music that you want to stomp your feet to. The blues has that, it makes you want to stomp your feet, and that’s a language everyone can understand. The first music I have a memory of listening to had that foot-stompin’ feel and that attraction still resonates today. This naturally led to playing with a driving rhythm section that people can dance to, and maybe even for a moment forget about their blues.

FD: Talk about the Brighella Sessions. Where did the name come from? What’s the overall concept here?

NV: “Brighella” is a character in the Italian commedia dell’arte, a form of theatre from the 16th–18th centuries that was more easily accessible to the people than opera. This form of theatre featured familiar characters with similar characteristics and plot lines each time. I found a distinct similarity between commedia dell’arte and the blues in a way that there are some general structures, guidelines, and themes, and yet each song, or play, is remarkably unique from one another. Our first album, The Arlecchino Sessions, is Brighella’s younger and more immature brother. As the band continues to perform and mature, perhaps there is a way this growth could be represented by a theatrical character. 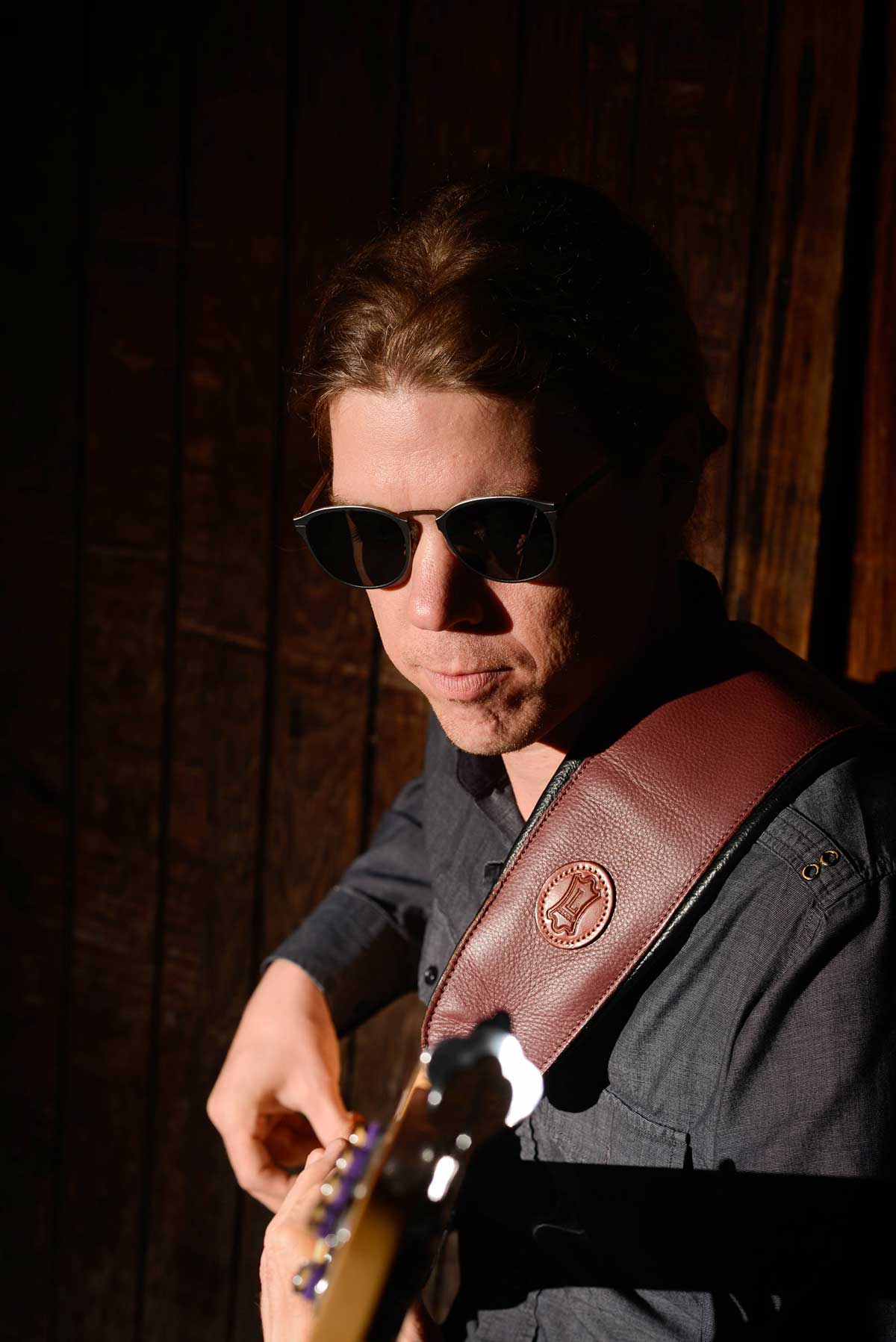 FD: Talk about the recording process — especially in terms of doing all this in a pandemic.

NV: The band was gigging often when gearing up for the release of our first album on Feb. 20, 2020. Playing 3–4 times a week, multiple weeks in a row, builds momentum, and we decided to spend the two weeks leading up to the release of our first album recording our second album.  We recorded the foundational tracks (drums, bass, rhythm, scratch vocals) for nine songs over two days and then recorded the rest over the course of the next two weeks. We aren’t a band that rehearses often, so when we do rehearse, I really like to have the mics set up, a song list, and a way to utilize that time to create content. Once everything shut down, I ended up moving and didn’t open the proverbial box again until earlier this year when I was able to approach this material with a healthy mindset. I thought, “We are a band that gigs. If there are no gigs, what’s the point?” I wasn’t in a place where I felt at peace with my craft, so I tabled the recordings for a year. When the box was reopened, I finished up the remaining overdubs necessary, re-amped some vocals through a Leslie, and buried myself into mixing/mastering land.

FD: You’ve got a LOT of musicians on this album. Tell me about some of them and what it was like working with them.

NV: It’s a lot easier getting people to commit to a paying gig than it is to commit to ‘being in a band.’ So I followed this path when building the band in 2014. Denver has some great players so when someone isn’t available for a gig there’s usually someone else to call so the show can go on. If you can’t make the gig you’re not out of the band, you’re just not on that gig. So the band has been gigging with a rotating cast of musicians since we started. After 7 years of gigging like that I got to play with a lot of musicians, many of whom you can hear playing on both albums. Working with all these musicians has been amazing from start to finish. One of the tunes, “Lost,” I wrote specifically with Coal Town Reunion in mind. James Dumm (guitar) and Sami Steidl (fiddle) have some great melodic chemistry and when I approached them with the song they all were on board as a band. I couldn’t believe it! We cut the tune in a few hours, added some layers, and it’s almost ready for press. 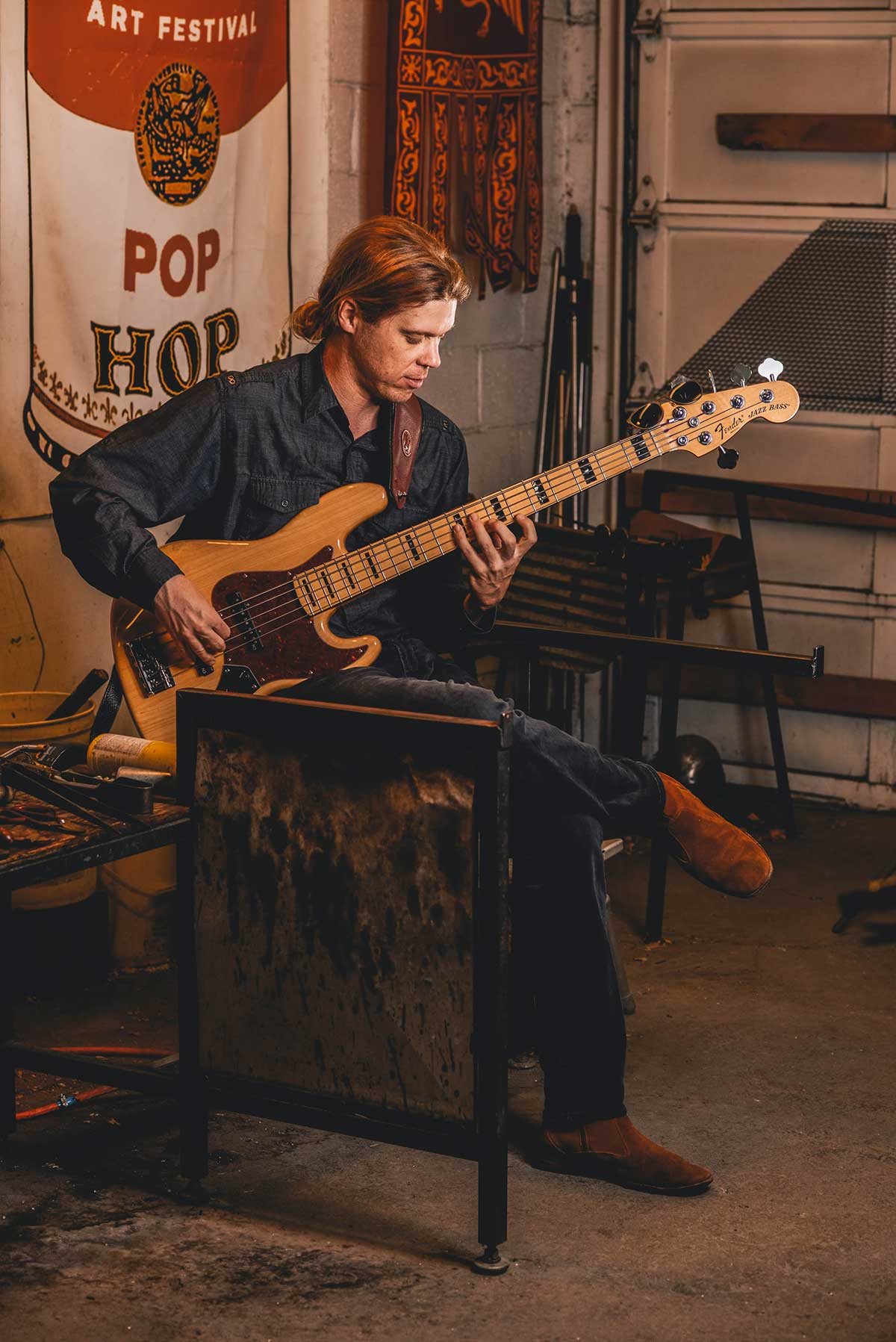 FD: What was the most difficult part of this process and why?

NV: Rekindling my passion for being in the studio, one that had withered over the course of a traumatic year, was really tough for me. I boxed up the recordings and intentionally did not work on them because I was feeling lost musically and wasn’t treating myself well. Once I got back into the post-production swing of things, the vaccine was accessible, so I finished up the recording and just that camaraderie of playing music again was enough to respark my motivation.

FD: What’s it like working so closely with your wife? How does that dynamic influence your work?

NV: When we first met we played bass and drums in a band. Usually the bass and drummer are close by in rehearsal and on stage, so the antics grew quickly between us and haven’t really stopped. She’s a human metronome with great feel and a blues shuffle that sends other drummers going back to the shed. She’s also a trained sound engineer, so having her listen to the tracks as I go through the stages of mixing is super helpful. Pro all around I’d say.

FD: What do you hope people get out of this album?

NV: Some foot-stomping at the very least and a new perspective on familiar tunes.  We’re tipping our hat to those that have influenced us while sharing something new we’ve helped create.

NV: I’d love to collaborate with as many Denver-based blues bands as possible and have been working a lot with Miles Lee from the Miles Lee Band and Michael Whalen from Wonderlic on duo gigs. The duo really opens up a space for us to dig into some different material that we may not bring to the band setting. Both Miles and Michael have an incredible back catalog of blues knowledge so working with them is something I continue to look forward to. 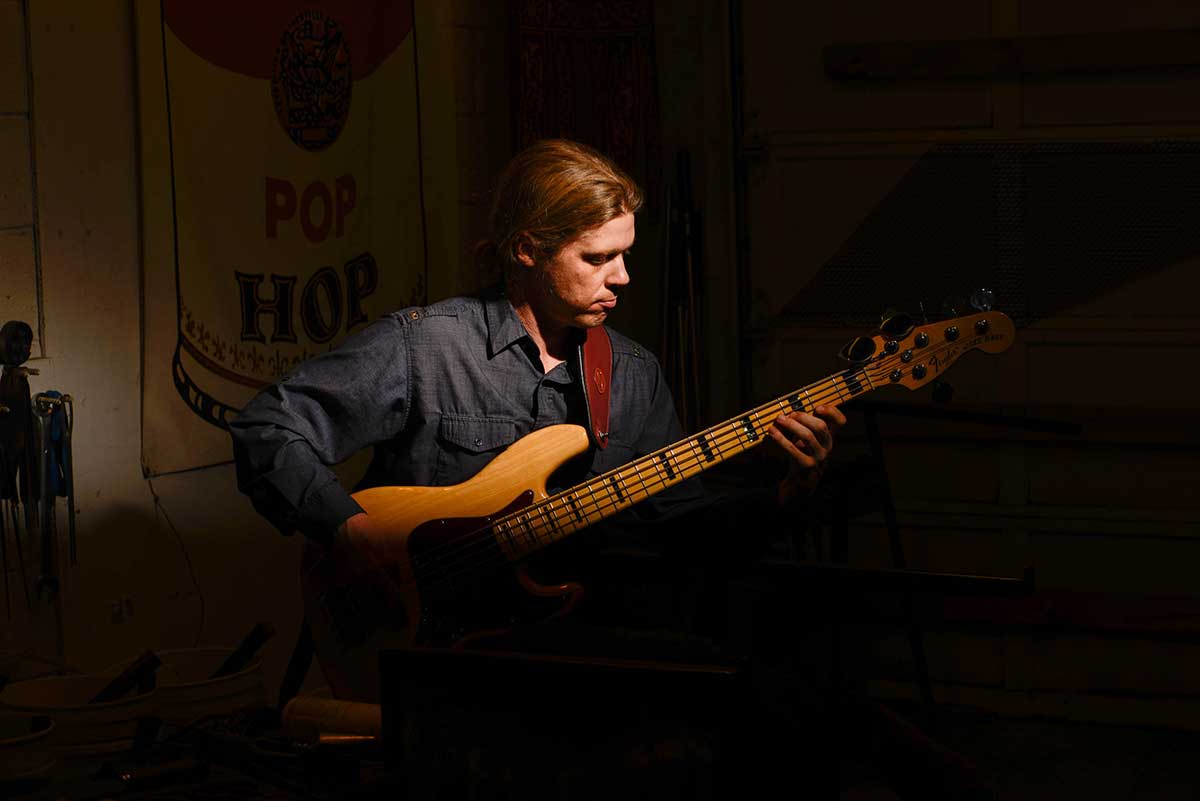 FD: Talk about the local music scene in general. What you like/dislike about it, and what you think the next year or two looks like as we continue to work through the pandemic and its impact on the scene?

NV: Denver has so many venues of all shapes and sizes. I think this provides a solid infrastructure for musicians to grow as artists and also helps make Denver a great music scene. From Monday open mics to Red Rocks, there’s a place to play every step of the way. A lot of cities have open mics, a Friday night club, and then the MegaDome Arena. There’s no way a local band can make the jump from the nightclub to the MegaDome without a high probability of failure for both the band and venue. Yet, in Denver, there are so many steps along the way that you can work up to, fail or succeed, and then go back to and do it again. You even get to see local bands at Red Rocks open up for Film on the Rocks! That’s so cool and inspires me to keep honing my craft and playing great music. Isn’t that what makes a great music scene; musicians that care about what they’re doing, playing their heart out in a space they feel comfortable doing so, and have music recording and performance goals that they are currently watching their peers achieving? I think so.