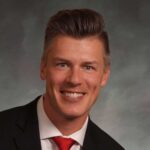 Self-described “Conservative Christian” Dan Woog, current State House Representative for Colorado House District 63 and candidate for House District 19, sat in the Colorado House Tuesday, January 18, 2022, the day after Martin Luther King Day, with his fellow Republicans and voted down the renewal of the Voting Rights Act.

Republicans presented and voted, Woog included, amendments that congratulated and commended the terrorist attack on January 6 of 2021, leaving seven dead.

Other amendments that were proposed focused on votes received of citizens recorded as deceased and other voter fraud claims. Pushing the language that Colorado is hard on voter fraud and a suggested forensic audit of the 2020 election, Republicans other than House Minority Leader McKean, stated Biden had NOT won the 2020 Presidential election. These and other outlandish amendments were dismissed by House Democrats, yet Woog and his fellow Republicans continued to vote in favor of questionable bills. One amendment proposed regarded groups that GOP claimed were not knowledgeable enough to vote or appoint a set of electors to properly “control the conduct of elections” and referred to mail-in voting errors with unfavorable election outcomes.

Woog was eager to show his love of Martin Luther King Jr with a Facebook post made on Monday stating; “Today we remember Martin Luther King, Jr. and his contributions to the civil rights movement. We must continue to live by his ideals of hope and love.” 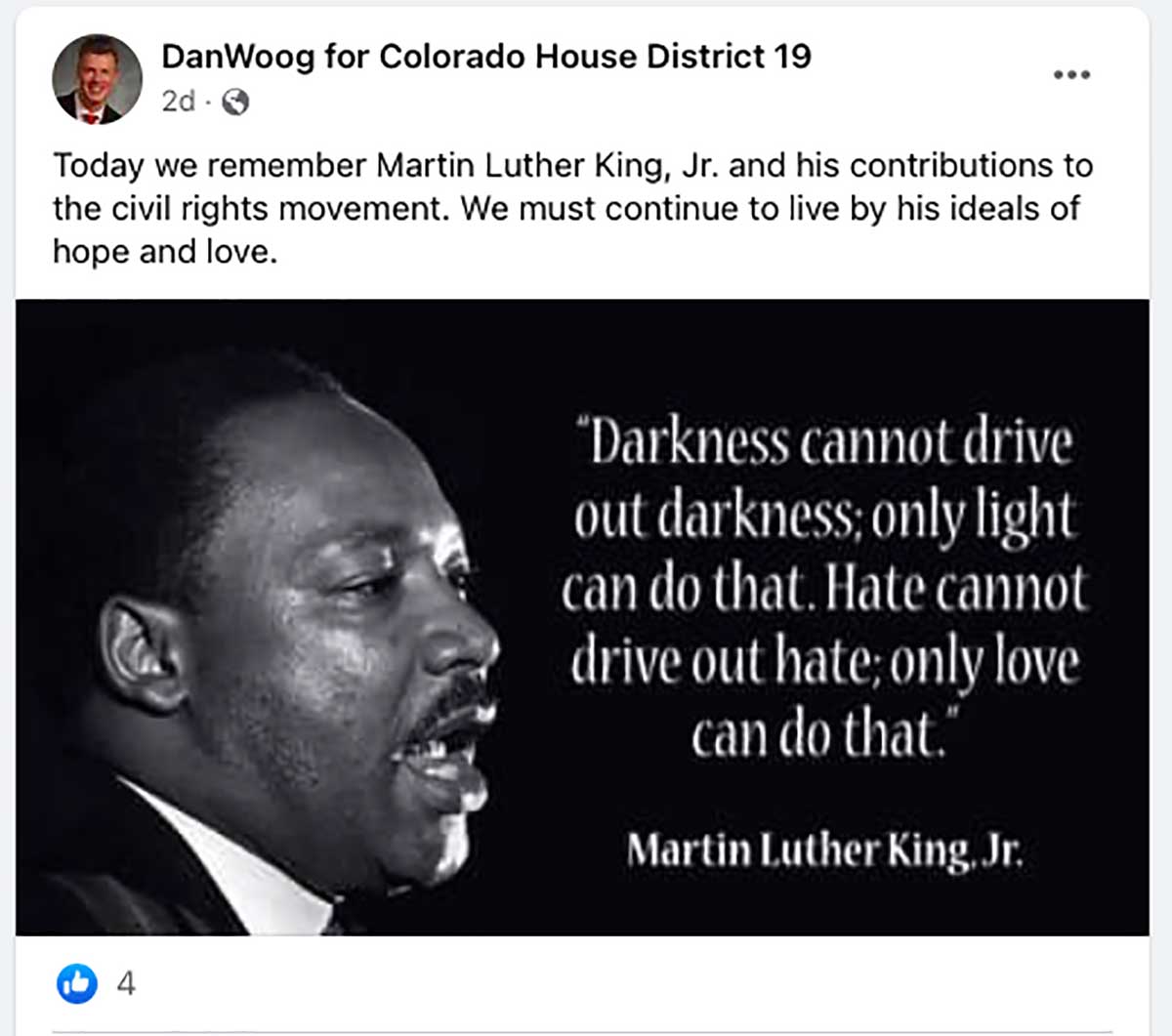 His own words seemingly left his mind the VERY next day, as he voted no on the Voting Rights Act.

The rest of his social media feed reflects the actual values of Woog, focusing on harmful ideas that go against CDC guidelines, stating in a tweet on October 25, 2021, that mask mandates are the cause of the worker shortage in CO. “As sickening as these numbers are, the bigger disgrace is the unconstitutional mandates that created thousands of jobs lost for so many hard-working tenants.” The State House Representative also supported an amendment back in August 2021, which favored reducing funding for the CO. Department of Public Health and Environment. 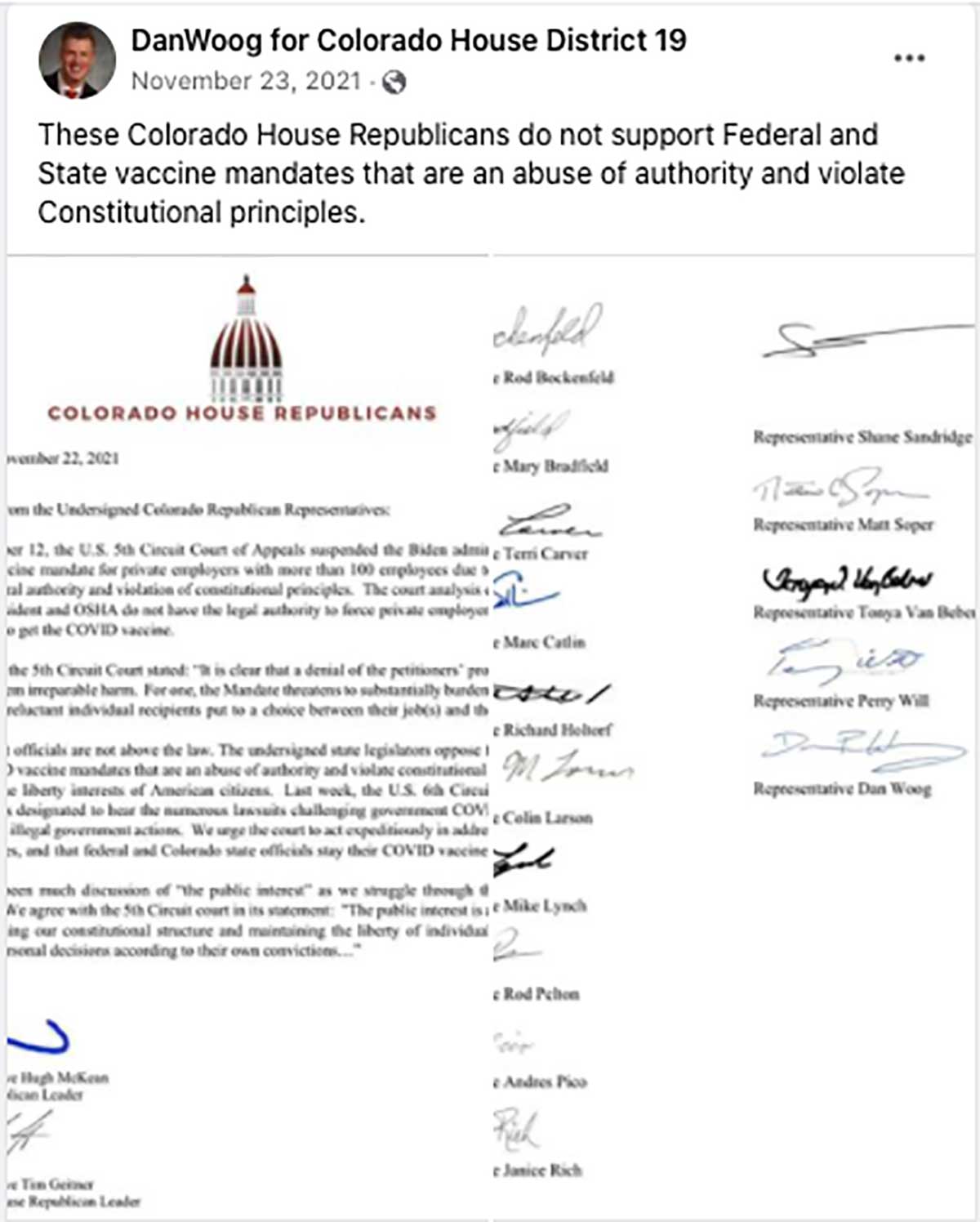 We spoke with Woog’s opponent for House District 19, Jennifer Parenti, about the vote on January 18th and the amendment votes that followed. Parenti, a veteran and single mother, took to the campaign trail after the attack on January 6th last year.

“These are not the values our country is built on. No one should be out there thanking and congratulating people who commit crime. The people caught on January 6th in the Capital, they’re going to jail. I am a veteran, and I served for over 20 years between the Air Force and NATO. People like me, that they seem to hold in such high regard as veterans, spent our entire careers defending against these attacks against our democracy. Today at the Capitol, the Republicans, by and large Dan amongst them, voted against the history of the Voting Rights Act that was first signed in 1965. This Voting Rights Act is what Martin Luther King Jr. was marching for. They are saying we support Martin Luther King Jr., then the next day they’re voting against the Voting Rights Act.”

Woog’s Twitter post from last year’s celebration on January 17, 2021, sits as a reminder of a promise broken, “Let us always remain committed to upholding his legacy and meeting our sacred obligation to protect the unalienable rights of all Americans.”

When asked whether she thought there was any particular motive behind Woog’s actions, Parenti noted the connection of prioritizing the rights of minority groups within the Voting Rights Act. “The federal legislation is geared toward protecting minority voting rights. We are fortunate to have a fair and open democracy here in Colorado. He’s not willing to sign a piece of paper that says, ‘I support Federal Voting legislation that will support minority voting rights.’ I think that’s pretty clear his actions speak for themselves.”

With Woog’s intentions made clear, it brings into question whether he is genuinely the right candidate in his current position with the State, Veterans, & Military Affairs Committee. The committee oversees the safety and celebration of veterans, active military members and voting affairs. His decision to thank those who breached the Capital goes against the very oath he took in defending the U.S. Constitution.

Yellow Scene Magazine attempted to contact Woog for comment. He would not speak to us, yet released an official statement on Facebook regarding his vote of the Voting Rights Act, which stated: “We have one of the best, if not, the best Clerk in the State in Weld County. I am proud of the tireless work that Carly Koppes does to keep our elections secure.” His statement has made it clear Woog has one thing on his mind, keeping in good standing with the Weld County Clerk, Republican Carly Koppe. 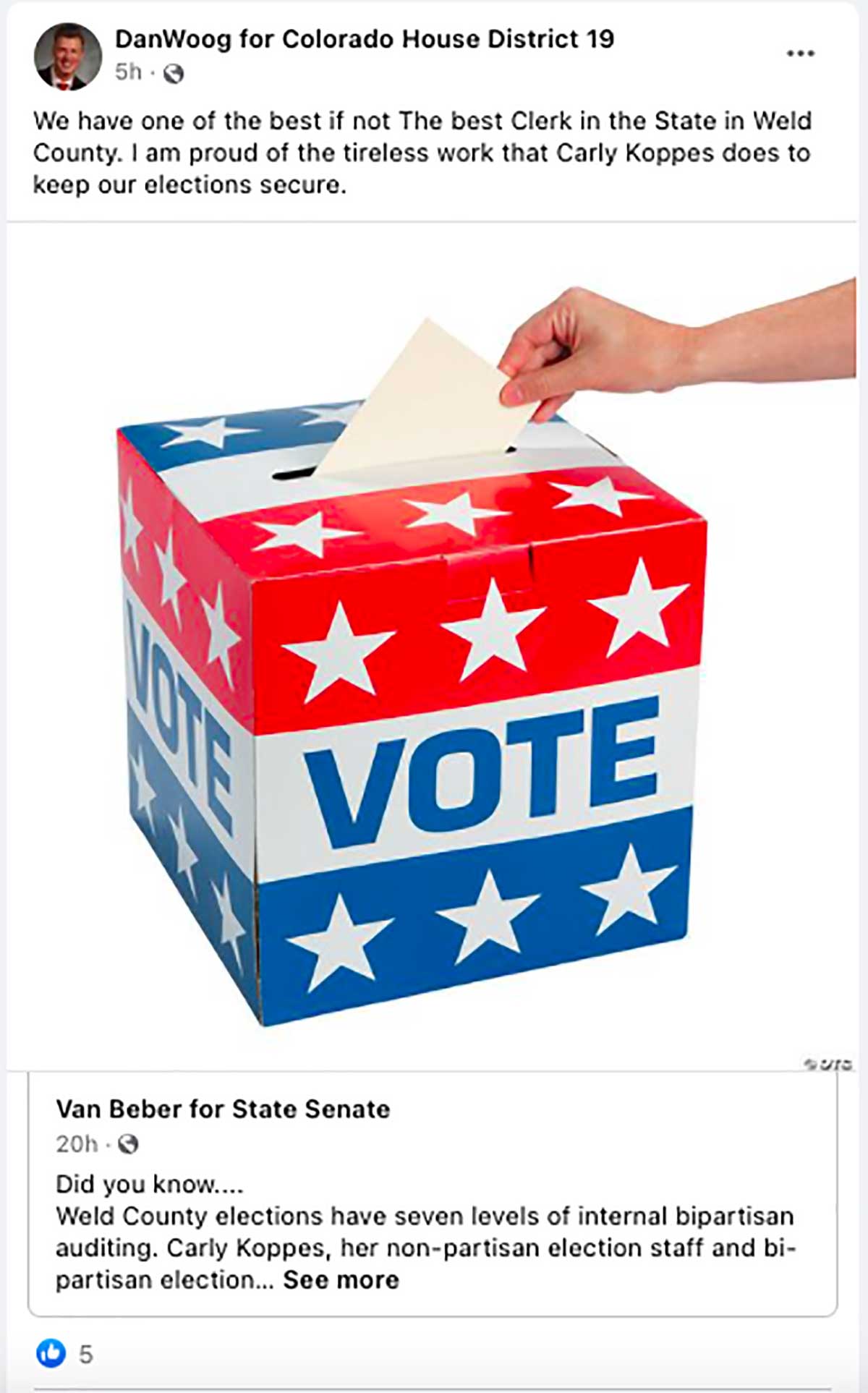