It’s likely impossible to find a more storied music legacy in Colorado than the Endsley family, anchored by the patriarch, Gerald Endsley, who directed the Denver Municipal Band. He joined up as Principal Solo Cornet in 1966. He assumed duties as Conductor in 1995 up until his death in 2015. Meanwhile, his son Shane, Denver native, blossomed into one of the pre-eminent trumpeters in music today. His resume gleams with accolades such as touring and recording with Ani DiFranco and Steve Coleman; and he’s worked with Slavic Soul Party, Ralph Alessi, Tim Berne, Ravi Coltrane, and John Hollenbeck, to name a few. Here, Shane talks about playing with Pearl Jam, teaching at Metro State University, and the music of Ennio Morricone. 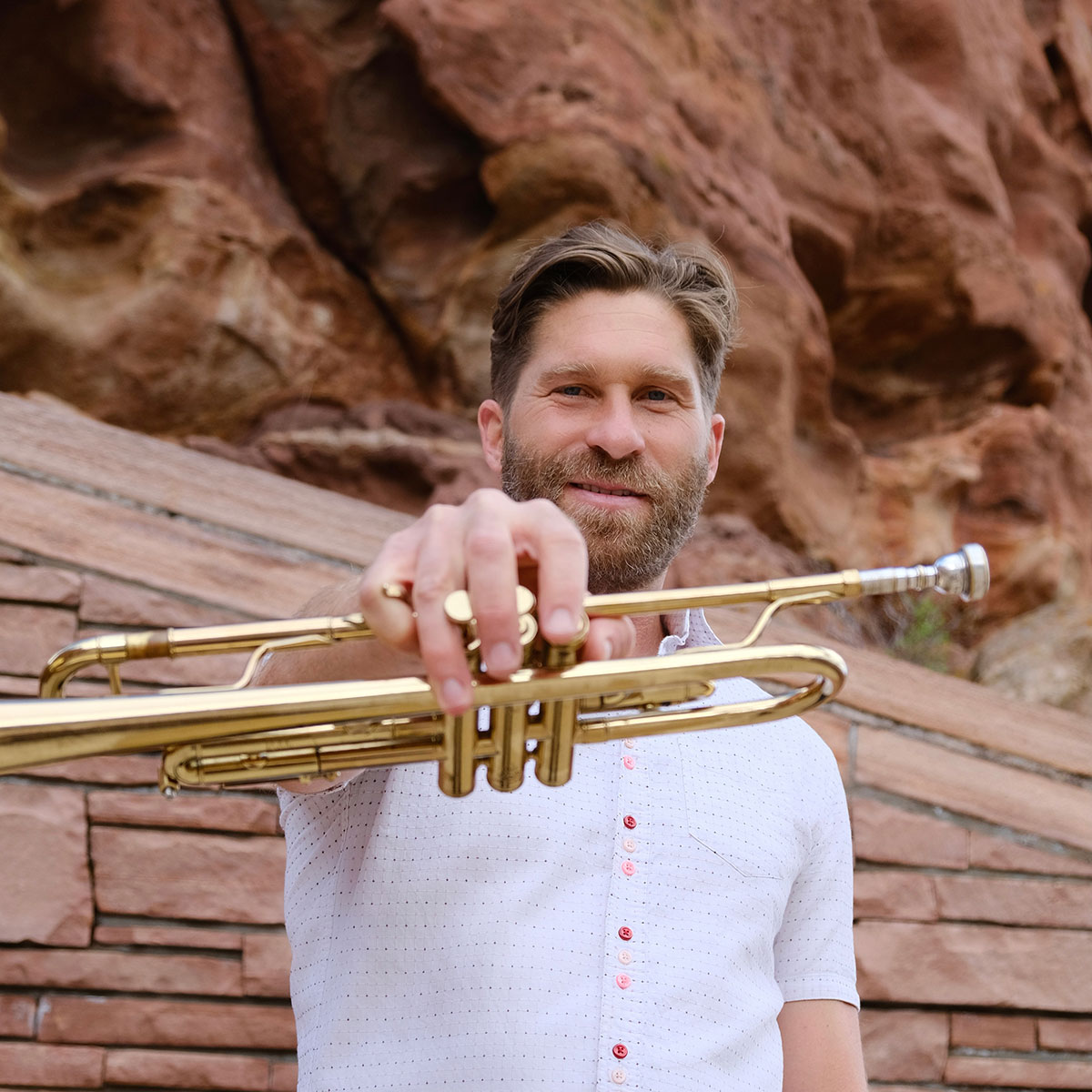 French Davis: Give me an overview of the Shane Endsley story and your Colorado legacy.

Shane Endsley: I grew up surrounded by professional musicians. My mom played principal flute in the DSO and CSO for nearly 40 years and was the flute professor at the University of Denver. My dad also played with the symphony and taught at DU (and Metro State University of Denver), contracted and performed with the Denver Center for Performing Arts, played in and later directed the Denver Municipal Band, and lots of other entrepreneurial music activities. I also have several uncles, aunts, cousins that do/did their work as musicians. So, music was a family business and the Endsleys were really active in Denver. I grew up with my dad as my teacher and mentor, with lots of help from Ron Miles too. I participated in all the traditional academic music activities (all state bands, solo contests, college music degree). I left for New York when I was 19 and after graduating from Eastman, began a pretty active touring recording life. Steve Coleman was my first major opportunity. I played on three albums and did a bunch of tours. Then I moved to LA and then started playing in Ani DiFranco’s band and doing more commercial recording gigs when I was off the road. That’s when Kneebody started. That’s my main contribution to music I’d say. I moved back to NY in 2002 and stayed until 2015. I did lots of touring and recording with Kneebody and was busy in the downtown creative jazz scene. Since being back in Denver, I started teaching at Metro and have continued touring with KB and other NY colleagues in addition to building/rekindling CO connections. KB has been totally grounded by COVID and we are making plans to put out some unreleased material and build up some touring for late next year.

FD: Tell me about some of the musical accomplishments you’re most proud of to date.

SE: The long running output with Kneebody is my most significant accomplishment. I’d say we figured out a pretty unique sound and approach to modern music and I’m really proud of our band. When I got that gig with Ani, that felt like a real milestone. It signaled to me that I could actually make it as a musician. I played a VH1 tribute to The Who with Pearl Jam. I mean, those guys were so massively influential for our generation and the music still sounds so great. That felt very cool. All of the Pearl Jam guys were very welcoming and cool. The horn section left session at the same time as the band and as we got to the parking lot, a bunch of the attendants with ear piece head sets were like, “we’ve got the Pearl Jam horns, send the car for the Pearl Jam horns.” That  shit cracks me up. I made my mom cry once when we listened to an audition tape as a family at dinner when I was still at East. I played, “I Remember Clifford” and she teared up. I’ll always treasure that moment. Anything I’ve accomplished in music meant the most when I would tell my dad what I was up to and he would say how proud he was. I wish he was still here. This Christmas was a sad one. The fam is getting old and dying. 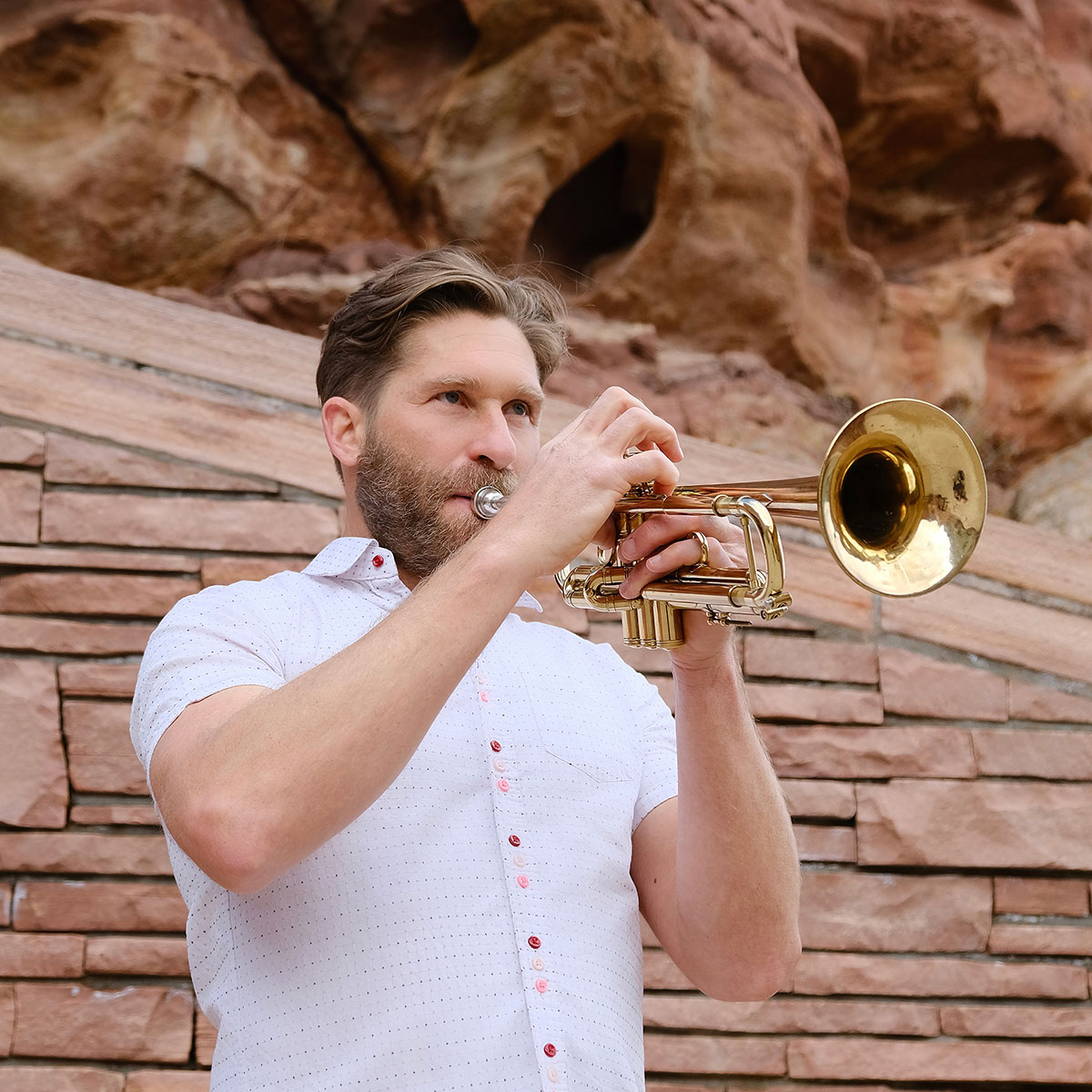 FD: What brought you back to Colorado?

SE: My wife was getting burnt out on NY and wanted to leave. We’d been there kind of a long time and we’re now raising kids. I resisted at first because NY is such a hub for creative music but then my dad got sick, my wife got a job offer at Graland Country Day School, and I had an opportunity at Metro. It made a confluence that cleared the way for a decision to come back. I’m so glad I did.

FD: Tell me about how you ended up teaching at Metro?

SE: I applied for a full-time position but it went to Don Byron. Ron Miles reached out and said that he would still have work for me as an adjunct. It was a great help because we had already committed to moving to Denver before we found out about our potential gigs (Graland and Metro). I was really thrilled that Ron made room for me and that I would have the chance to join a faculty with him and Don. Those guys are so, so heavy.

FD: After your time in NYC, what are some of the differences you see in this music scene? What’s better? Worse?

SE: Denver and NY are different scenes for sure. I definitely find myself playing more Phish and Dead covers than I ever did in NY. While I was in NY, most of the playing I did was very modern cutting-edge jazz music and various “world music” projects (Slavic Soul Party, Forró Brass Band, Banda De Los Muertos). Denver’s jazz scene is more traditional, so I find myself playing standards and ’50s and ’60s jazz more often. And yeah, a little more dabbing into the funk/jam scene and a recent dip into the bluegrass/strings world. I’d love to get more versed in the bluegrass and old-time traditions and find a voice for my trumpet playing on that music.

FD: Talk about some of the projects you’ve got going on now?

SE: Invisible Bird — a trio with Scott Amendola and Dave Devine. We use lots of electronics in this group. Scott and Dave are wizards in the ever-expanding world of boutique stomp box pedals and we do a lot of that in this band. Dave runs to two amps — one bass and one guitar amp. I cover some bass lines with my EFX rig. We got a first recording done Flutter to Fuzz (2018, A Train Creative)  and were started on a new one in the before-times. We did a show at The Muse two weeks ago and are starting to get back to it. I’ve been booking solo shows again and I’ll assemble a different group each time. Making plans for a new solo recording. Probably bounce back to NY to do that sometime in the next year.

FD: Tell me about the Dazzle show and how that came together?

SE: It’s a somewhat longstanding tradition created by Dave Devine and Kevin Lee (former Dazzle booker and now Mighty Fine Productions engineer). They had the idea to play the music Ennio Morricone wrote for The Good, the Bad and The Ugly trilogy and do it up right with a chamber ensemble soaked in lots of the cavernous reverbs that you hear on the original soundtracks. It always coincides with the last days of Western Welcome Week. For the last few years, Dave was able to get the members of DeVotchKa involved and they make up most of the rhythm section now. Dave and I played on their rendition of Sweeney Todd at the DCPA in 2016 and we’ve been collaborating with them ever since. It’s awesome. I get to dust off my most wide and melodramatic mariachi vibrato. Super fun. Also, we all have to whistle. Shawn King is a whistling virtuoso and the game is seeing how many of these whistling parts we can pass off to him.

Shane Endsley plays at Dazzle on Jan. 21 and 22 with The Good, The Bad and The Devine. Tickets start at $15 and are available at dazzledenver.com. For more information on Shane including upcoming performances, check out his instagram page at instagram.com/endsleyshane.