THE NEW ERA OF FIRES: WE CAN AND MUST DO BETTER: HOW MOST OF A $1 BILLION TRAGEDY COULD HAVE BEEN AVOIDED 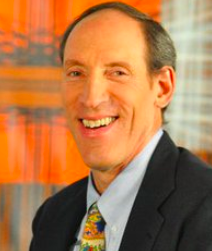 Anyone observing the advance of Colorado’s Marshall Fire, as many of us did from our homes, were stunned at the explosion of flames across Boulder County.

With winds gusting over 100 miles per hour, First Responders focused on evacuating residents.  Their extraordinary efforts resulted in tens of thousands escaping safely.  The tragedy was, sadly, had firefighters been better prepared, the majority of losses — from structures to the lives of people and pets — could have been avoided.

First Responders are our heroes so no one ever wants to be critical but, if we’re not open and honest, improving will be difficult.  My criticism is directed at the managers of agencies and departments — not the men and women on the ground trying to save lives and property.

My estimate was that the total cost of the damage done by the Marshall Fire will exceed $1 billion — double the $513 million estimate publicly given by government agencies.

With the recent approval of the lowest bid contract for over $50 million to one company just for the clean-up process (the top bid was $199 million and it is likely, when all clean-up costs are included, the total will approach $100 million), and the probable cost of repairing and replacing damaged infrastructure (possibly as much as $250 million), the cost could be a third of a billion dollars before the expense of rebuilding just one home is added to the total.

In some cases, supply chain bottlenecks resulting in extraordinary price increases are not expected to ease for another year or two.  Extraordinary labor shortages have resulted in additional cost increases as well as severe delays in construction projects, regardless of size.

In this economic environment, when victims are being quoted construction prices as much as $400 per square foot (e.g., a 2,500 square foot home would cost $1 million to rebuild), the average cost of rebuilding a home easily will exceed $750,000.  For 1,084 homes, that would total over $813 million.

When incorporating the skyrocketing increases in the cost of clean-up, restoration, and re-building the 1,084 homes which were destroyed plus the expense of temporarily housing several thousand people in the interim (some for several years), the total of more than $1 billion sadly seems to be realistic.

Unlike a planned development, where developers and builders have taken several years to line up designing, permitting, contractors, and supplies for a multi-year plan to build a new neighborhood, suddenly being faced with unexpectedly needing to build almost 1,100 homes is a challenge Colorado has never confronted.

The Marshall Fire has created a huge challenge for the multiple jurisdictions involved (the City of Louisville, the Town of Superior, and Boulder County) with none of the above-noted advance planning having been done.  The permitting process, alone, could take a few years.

Even if 200 new homes were constructed annually, it could take six or seven years for some residents to finally return “home.”

And adding this kind of extra demand for homes to the already extraordinarily expensive Boulder County housing market will push housing prices even higher for the next decade.  And for many of the victims of the fire whose homes were underinsured (this is likely going to be the experience for the vast majority of property owners who assumed their insurance policies would cover the full cost of reconstruction instead of as little as only half of it), rebuilding will be out of reach.

With the reality that these types of wildfire events are becoming common, it is incumbent upon us to determine what we can do differently.  The hard truth, however, is getting moribund local, State, and Federal agencies to change their practices is a major challenge.

This has been repeatedly confirmed to me by the men and women on the ground who aren’t given the resources they need to be successful.  They argue that their managers are doing things the same way they were done decades ago and are resistant to change. A national panel of experts highlighted some of these issues in a two-part series I moderated (www.bit.ly/FiresAH).

In the case of several recent Colorado fires (i.e., the Marshall, Calwood, and East Troublesome Fires), the local Fire Departments and the State of Colorado had products and resources available to them which they failed to use.  Had they been deployed, these resources could have dramatically reduced the devastation those fires wrought.

The U.S. Federal Government and other countries know this, as does the Colorado Center of Excellence for Advanced Technology in the Colorado Department of Public Safety. The Department’s own extensive examination of gels concluded they often were the far superior option for fighting fires (www.bit.ly/FireTechCO.) Nevertheless, due to bureaucratic inertia, firefighting agencies frequently have failed to use them.

The good news is these products already are officially approved by State and Federal Governments for immediate use on the ground and in the air.  They are extraordinarily effective, inexpensive, nontoxic, biodegradable, and ecofriendly — unlike many other products used currently.

This product creates a thermal barrier which protects buildings from temperatures over 5,000oF — far hotter than the temperatures at which our friends and neighbors’ homes and businesses burned (i.e., typically at +/-2,600oF).  FireIce was the only efficient and effective product California successfully used last summer to protect fire-threatened sequoia trees.

If properly coated, structures in the path of a fire can survive for up to 24 hours.  Thus, it is highly likely that, if these products are used in future events, they could stop the spread of fires and protect structures — even under the extreme conditions experienced in the Marshall Fire .

Homeowners who coat their houses (simply using a hose and special pressure washer spray gun which mixes the gel solution) often can save their own homes.  Of course, this can require a half hour or more to complete but, even with a fast-moving fire, some homeowners have that time while others have only minutes to flee.

By addressing the multiple, inexplicable failures of emergency agencies to use all available warning systems in the Marshall Fire (nonsensically, one official actually said community siren alert systems were reserved only for “weather events”), when another fire occurs, residents could have significantly more time to respond.  This change needs to be implemented posthaste.

The most severe part of the Marshall Fire was not a “wildland fire.”  Rather, it was an “urban fire,” with one house igniting the next in line, creating what was described as “fingers of fire.”  Using FireIce, fire engines could have coated homes and businesses in the line of the advancing fire — stopping the blaze dead in its tracks.

For the Marshall Fire, Colorado firefighters had FireIce ready to go for the Single Engine Air Tanker (“SEAT”) on the tarmac at Broomfield’s Rocky Mountain Metropolitan Airport but the high winds made it impossible to fly the SEAT or any other equipment.  Inexplicably, the Fire Departments on the ground were not equipped with the same product.

From this day forward, it will be inexcusable — and possibly negligent — if fire-fighting agencies and departments across the country are not better prepared.  Numerous firefighters have told me the challenge is that many of the managers of their agencies and departments refuse to change and are immovably mired in the use of inferior approaches, products, and techniques developed decades ago.

With fire danger now a year-round wildland and urban reality, we need to make certain our First Responders have the best, most efficacious, safest, and cost-effective weapons to fight fires and save lives.

Please immediately contact your elected representatives to insist they arm our firefighters with the tools and products they need to protect our lives and those of our animals as well as save the property, wildlife, and wildlands about which we care so much.

In particular, pressure needs to be placed on the managers of our safety agencies at the local, regional, State, and Federal levels to ensure that losses from future fires are minimized.

While many other longer-term changes also are needed — ranging from better forest management to restricting new construction in high-risk areas to fire-resistant structure and building lot design — we already have a solution available to us which will result in a massive reduction in the loss of lives and property.

Unless our collective voices are heard across America today, many more unnecessary tragedies will unfold and again we will regret not taking advantage of proven technologies already available to us.

Aaron Harber has no financial interest in any products or services related to anything discussed in this column.