Denver, Colo, March 14, 2022 – Today, Secretary of State Jena Griswold voiced opposition to HB22-1204, a new bill proposed in the Colorado House of Representatives that would drastically alter Colorado’s elections by effectively eliminating the vote by mail model that was passed into law statewide in Colorado in 2013. 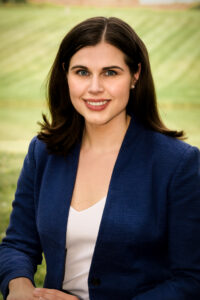 “The Colorado Election Model is the nation’s gold standard for its access and security,” said Secretary Griswold.  “HB22-1204 would take us backwards, making our elections less secure and harder for eligible Coloradans to have their voices heard.  As Secretary of State, I will always protect the right to vote for all eligible Coloradans, and that’s why my office opposes this legislation.”

In the 2021 Coordinated Election, over 98% of voters chose to cast their mail ballot, while in the 2020 General Election, nearly 94% of all returned ballots were done via mail or drop box.  Of the 3.2 million ballots cast in 2020, 86% were returned before Election Day.

The bill would also require all ballots to be counted by hand, a lengthy process that can decrease accuracy, and force a canvass within 24 hours of the election when canvasses should only be done after the state-wide bipartisan risk limiting audit. HB22-1204 would also remove Colorado from ERIC, which allows Secretary of State Offices to receive Social Security data and national change of address data used to maintain accurate voter rolls. The data provided by ERIC also helps states identify if a person casts a ballot in multiple states for the same election and is one of the tools for election security.

Secretary Griswold is currently working with legislators on a number of bills designed to strengthen the state’s election infrastructure, while protecting election officials, workers, and votes.