To the Denver Community,

On Friday, March 25, a federal jury found that the Denver Police used excessive force against us in violation of the First and Fourth Amendments when they indiscriminately attacked massive crowds of peaceful protestors with tear gas grenades, Pepper Ball guns, flash bang explosives, 40mm projectile launchers, lead pellets fired from shotguns, and other so-called “less-lethal” munitions. The jury also found an individual officer culpable for shooting a plaintiff while she peacefully protested. While this verdict sets a strong precedent, it is one of many important steps in the fight against the injustice inherent in the system of U.S. policing, the very same injustice that called us to the streets in May 2020. 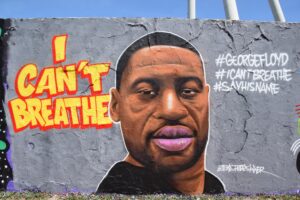 Following the murders of George Floyd and Breonna Taylor, we joined thousands of our community members at the Colorado Capitol to mourn, commune, and demand an end to a racist policing system that continues to murder our Black and brown neighbors. We raised our voices to deliver a message, and for this we were repeatedly met with armed resistance by Denver Police and other agencies under their direction. After weeks of terror and pain at the hands of police, we were among many community members who sued to protect our rights to protest peacefully, free from violence and repression.

In testimony during this trial, we heard police leaders say that murders like George Floyd’s and Breonna Taylor’s would not have happened in Denver. We wish we lived in a world where this is true. In just the last decade, our metro area police departments have murdered dozens of people, many of them unarmed and of color. Justice will not come from verdicts or convictions, only from dismantling these systems of brutality. It is our desperate hope that we live to see the end of police violence here in Denver and in the rest of the country.

We will continue to remind the Denver Police Department and the people of Denver that this has happened here. We must build a world in which it NEVER happens again. It’s up to all of us.