To Slap or Not To Slap? | Duly Noted 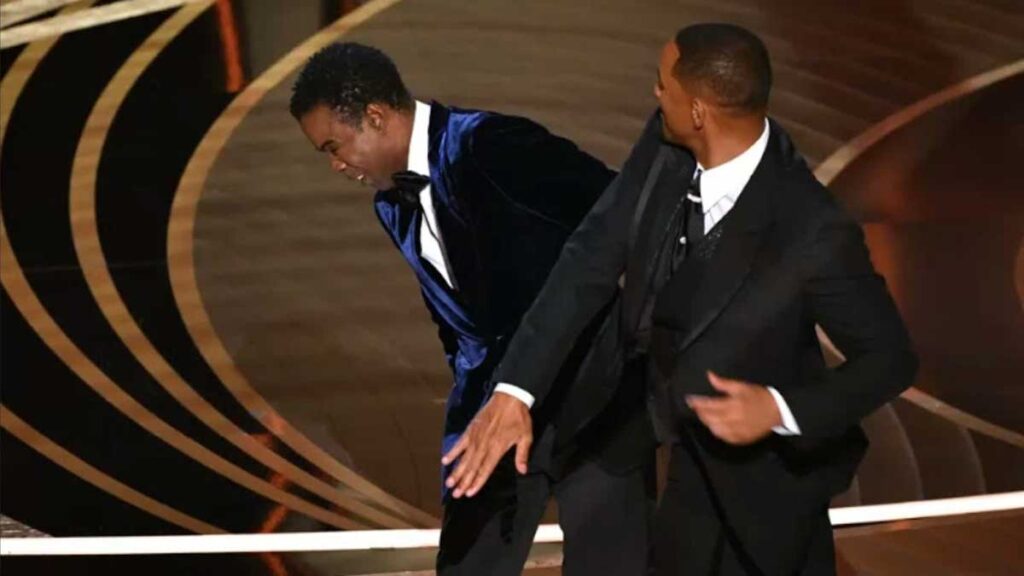 I can see all the sides.

As a man who’s been the one to defend the honor of a loved one, I get it. Standing up for your wife or girlfriend isn’t something you can easily live down if it’s a responsibility you choose to shirk.

As a performer who’s been on the stage when someone has stormed it — you’re incredibly exposed. You have lights in your eyes, you can’t see what’s coming and it should be a place where you’re safe to do your thing.

As someone who’s been bullied and mocked for simply existing or for something that is out of my control, being humiliated in front of a room full of people is a wholly traumatic experience.

What happened at the Oscars last night (as I’m writing this) is a tremendously unfortunate situation for all involved. I’m sure this is only one of the myriad think pieces that you’ll read about it, and I know this’ll hit the stands a couple weeks after the hubbub has died down.

There’s one thing that stands out to me that I have yet to see really discussed (even though there’s a literal million tweet threads already out there in 12 hours since the slap heard ‘round the world).

For the one or two people who somehow missed the whole thing: Oscars host Chris Rock made an off-the-cuff joke about Jada Pinkett Smith’s bald head — referencing GI Jane, a movie where Demi Moore shaved her head for the role that came out 25 years ago. Jada only revealed her struggle with alopecia a few months ago, and it’s clearly a sensitive topic for her. Will Smith, her husband, reacted by getting up from his seat, calmly walking up the stairs onto the stage and, in Chris Rock’s stunned words right after the moment occurred, “smacked the shit,” out of him.

Everyone in the nation appears to have an opinion on the matter, and as Americans are wont to do, split into two camps – one defending Smith’s actions and one condemning them.

I’m not going to do either.

What I am going to do is address this: We live in a time where “toxic masculinity” is a hot-button topic. The concept addresses long-standing social norms around male behavior that have allowed for a culture of violence to persist for thousands of years — that men are only allowed to demonstrate emotion when it’s steeped in violent aggression, that anything else is considered weak; and it must be rehabilitated to a gentler ideal of what masculinity means.

This is a topic that has also led to a predictable backlash from camps of men seeking to “reclaim their power” as so-called “alpha males.” I dove into that in this very column back in January —  “Form a gang and raid east to west until you’re Governor or dead!” — where this incel subculture of seething toxic rage drove 47-year-old Lyndon McLeod to murder five people and wound two more in a shooting spree across the Denver metro area on Dec. 27.

From an armchair sociologist’s perspective I’ve noticed a curious double standard in regard to how people are responding to what occurred last night. Many of the same people who are highly critical and vocal about toxic masculinity are also vocally supportive of Smith’s behavior at the 94th Annual Academy Awards.

That is some heady cognitive dissonance, indeed.

Whether or not Will Smith should be lauded or pilloried for what he did is something that will certainly be a source of discourse for a while. Regardless, it’s fair to say that there’s a disconnect at play when we’re talking about the expectations placed on men in this particular time — where he can be both attacked for demonstrating toxic masculinity and also championed for standing up for his wife using violence as a tool. I’ll say this:

I can see all the sides.