The theme inVISIBLE | hyperVISIBLE captures the struggles of Asians and Asian Americans to survive and thrive in the face of strong anti-Asian sentiment. Asians and Asian Americans are alternately made invisible and hypervisible through stereotypes such as “model minorities,” “honorary whites,”“perpetual foreigners,” and “enemy aliens.” Yet, Asian America is remarkably complex due to cultural diversity, various migration routes, and different socioeconomic circumstances.

inVISIBLE | hyperVISIBLE will feature works by: 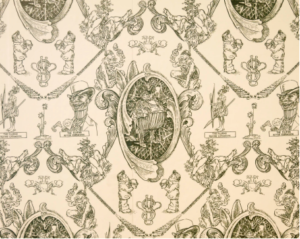 inVISIBLE | hyperVISIBLE will open on Friday, May 20th, starting at 4:30 pm with a public artist talk from participating local artists held in the Grace Gamm Theater (proof of vaccine required). At 6:00 pm a brief introduction from the curators will be made in the lobby. The reception is an opportunity to meet and mingle with the artists and curators. Enjoy live music and refreshments available for purchase. All receptions are free and open to the public.

The Dairy Arts Center is a non-profit organization that connects a dynamic and diverse community to create inspiring and engaging experiences in the performing, cinematic, and visual arts. The Dairy is open to the public from 2:00 – 6:00 pm Monday through Saturday. The galleries are free and open to the public always, with a suggested donation of $5 when you visit. Parking is available in the front of the building, as well as in our NW parking lot behind the building, access available in both locations.

inVISIBLE | hyperVISIBLE will kick off with a panel discussion facilitated by Curator Boram Jeong in the Grace Gamm Theater prior to the opening reception. The panel will include local participating artists including Erin Hyunhee Kang, Sammy Lee, Renluka Maharaj, Liz Quan, Chinn Wang, and Thomas Yi. This is a chance to learn more about the artists’ work, the curators intentions with the exhibition, as well as the larger community context that grounds this exhibition.

This artist talk is free and open to the public. Proof of vaccination required.

The Island is a short film shot entirely on Pulau Bidong, an island off the coast of Malaysia that became the largest and longest-operating refugee camp after the Vietnam War. My family and I were some of the 250,000 people who inhabited the tiny island between 1978 and 1991, when it was once one of the most densely populated places in the world. After the United Nations High Commissioner for Refugees shuttered the camp in 1991, Pulau Bidong became overgrown by jungle, filled with crumbling monuments and relics. The film takes place in a dystopian future in which the last man on earth—having escaped forced repatriation to Vietnam—finds a United Nations scientist who has washed ashore after the world’s last nuclear battle. By weaving together footage from Bidong’s past with a narrative set in its future, I question the individual’s relationship to history, trauma, nationhood, and displacement.

A public screening of The Island by Tuan Andrew Nguyen with a Q+A to follow will be held May 29th starting at 7:00pm in the Boedecker Cinema, Dairy Arts Center. Tickets are $3 and can be purchased online. A second screening of the film will be held June 5th. Proof of vaccine required.