Join the Boulder filmmaking community to celebrate the Boulder County Film Commission’s new website and directory at their Launch Party on June 22, 2022 at Junkyard Social Club in central Boulder, from 5:30pm to 7:30pm.

Filmmakers, videographers, content creators, audio engineers, grips, gaffers, actors & actresses, hair and make-up artists, set designers, and more are invited, and everyone will be able to meet the Film Commissioner and schmooze with Boulder County’s diverse filmmaking community while enjoying drinks, food, and raffle prizes. This event is free, though pre-registration is required at https://bouldercountyfilmcommission.com/events/. 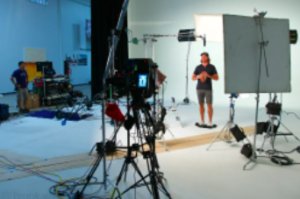 This is the first time in the history of the Boulder County Film Commission that it has been headed by an actual filmmaker. Brought in to the role in March, Bruce Borowsky, the new Film Commissioner, is an award-winning filmmaker who has lived and worked in Boulder since 1990. The Boulder County Film Commission strives to ensure that Boulder and Boulder County is a film-friendly community for feature films, commercials, documentaries, music videos, and more. The Film Commission represents and has close working contacts with all land management agencies and municipalities throughout Boulder County, as well as film industry professionals and resources to help close the gap in turning an idea into a production. Its goal is to give production companies a streamlined application process, access to locations, and a partner in finding talented crew and support services for productions when they arrive. The Film Commission understands the very real economic benefits to local residents of film productions which generate significant spending in local restaurants, hotels, retailers, and government agencies.