Some of the Best Venues and Events to Experience This Summer 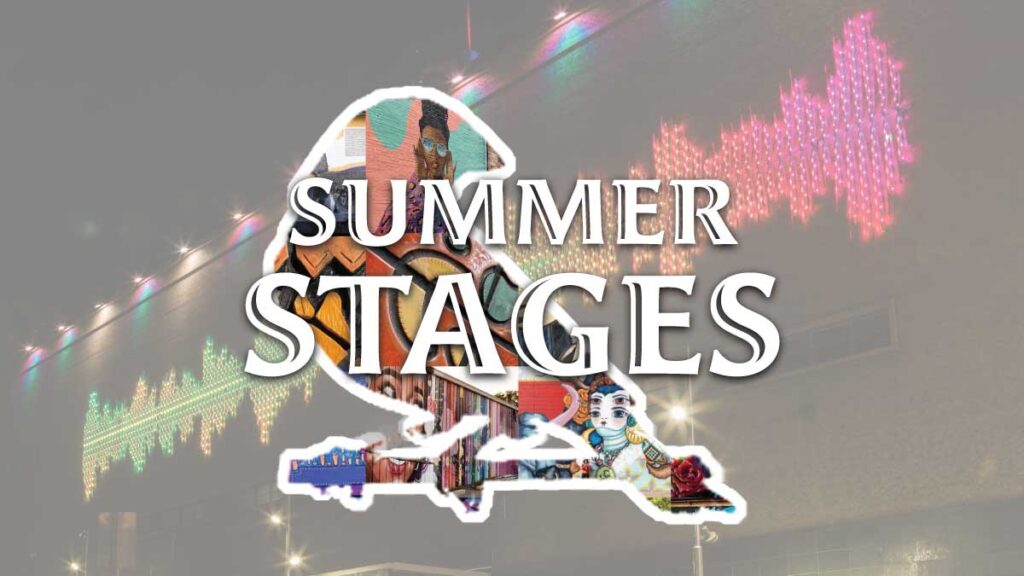 More good stuff to see on stage this summer

As the spring and its rain and fickleness give way to summer, we start to see events move from indoors to outdoors. Concerts in the summer sun, plays seen barefoot in the grass, the voices of opera singers cutting through the blue sky, the time to dance and play outside is upon us. Colorado is known for its wealth of outdoor venues and events. Here are some that we’re most excited about this summer. 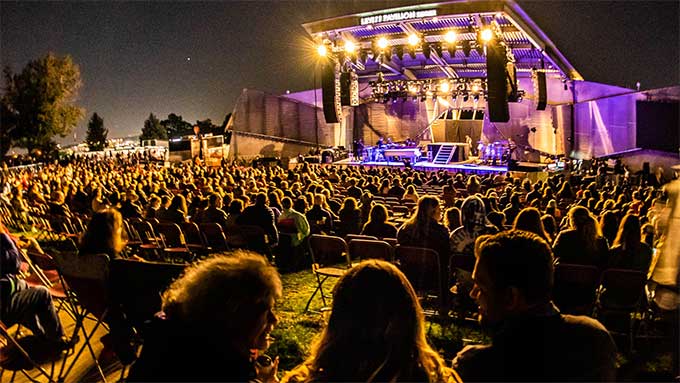 Levitt Pavilion’s Summer Concert Series is perhaps one of the most interesting going on this summer in that its lineup is incredibly diverse and features many free shows. A few of the most eclectic acts are Colorado’s own Gasoline Lollipops, 80s wonder Tears for Fears, jamtronica pioneers STS9, angst-ridden favorites Rise Against and the Used, and looping legend Keller Williams. Levitt Pavilion also makes a point to feature music from all around the world. Take advantage of their free outdoor concerts, and get some culture in your life. 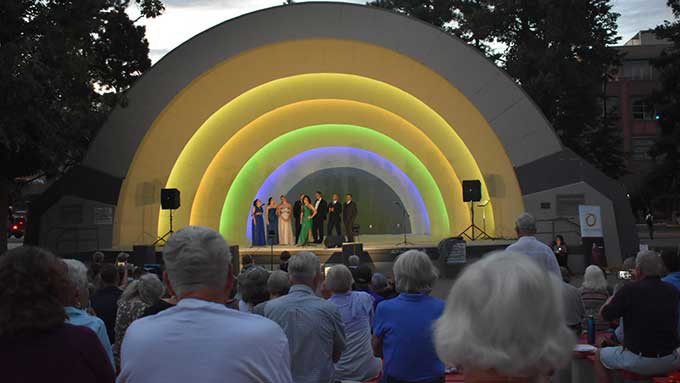 The Boulder Bandshell, located smack dab in the center of the town, has a variety of interesting events throughout the summer. This includes beer fests, concerts featuring the Nuns of Brixton, a Clash/late 70s punk cover band that dresses like nuns, and much more. One of the events we’re most excited about has to be Opera in the Park 2022: Eras of Opera. This show will take the audience through the history of opera, starting pre-16th century and working its way through the ages until it reaches modernity. It will feature some of Boulder’s rising musical talents and will serve as a great introduction to opera for the uninitiated as well as a delightful celebration of the art form for those more experienced. 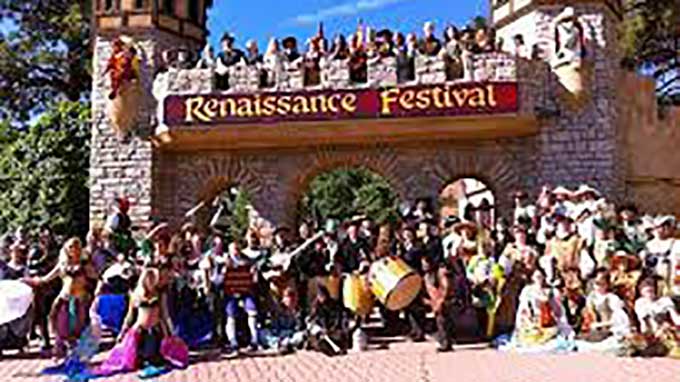 The Colorado Renaissance Festival is something special—an anachronistic recreation of the Middle Ages sans all the plague and starvation and general air of suffering. Instead, it’s a joyous affair replete with jesters yelling jokes at you from the top of a castle rampart as you walk in; strange nymphs peeking out from behind the scenes and occasionally venturing out to dance and sing and say strange, cryptic things; and valiant knights jousting in the hopes of gaining favor with the queen. It is a place simultaneously educational and comical, innocent, and debaucherous. The food is hearty, the ale everflowing, and you just might leave with a renewed feeling that chivalry hasn’t gone the way of the dark ages quite yet. 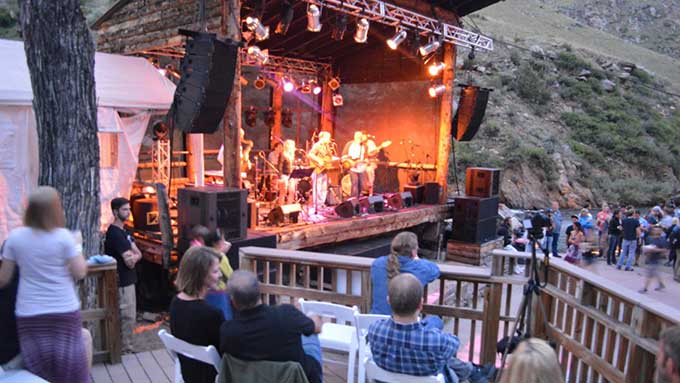 The Mish is one of the most unique venues in the state. It’s quite small despite its popularity. It’s also rather removed from civilization. This adds to the experience, however. The stars shine bright over the stage, and water rushes through the river behind it. There’s very little cell reception, so you’re encouraged to stick with the people you came with and bond with those you didn’t. The dance floor is made of sand, which encourages one to remove their shoes and boogie barefoot. There are campsites all around the area, so, if you get there early enough to claim one, there are no worries about figuring out how to get home after a few too many. Just set up a tent or even sleep in the car if it’s a little chilly. Upcoming shows include conscious-hop favorite The Polish Ambassador, bluegrass staples Head for the Hills, psych-pop trailblazers Animal Collective, and Colorado rivergrass legends Leftover Salmon featuring Boulder locals Tenth Mountain Division. 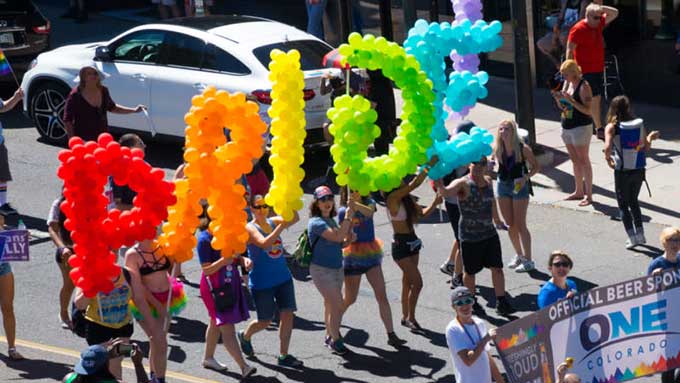 One of the biggest events in Denver, the Denver Pride Fest, has been known to attract over 500,000 attendees, all gathering together to celebrate Pride with music, food, beer, marching, dancing, floats, and more. Held on June 25 and 26, It’s a beautiful event that praises the beauty within us all. 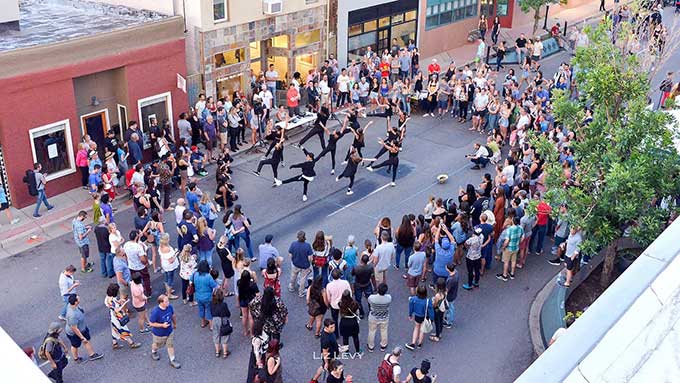 Denver’s Santa Fe art district is one of the city’s most unique areas. It features a multiple-block stretch where every other building is an art gallery of some kind. On the first Friday of every month in the summer, these galleries are open to the public. Masses gather to stroll, appreciate, and perhaps purchase pieces from the incredible talent that lives within the city. One can see everything from interpretive dance performances, New Mexico-inspired indigenous works, student projects, people hustling in the street trying to get their names out there, and so much more. It’s a celebration of a city known for its art, food, music, and people. 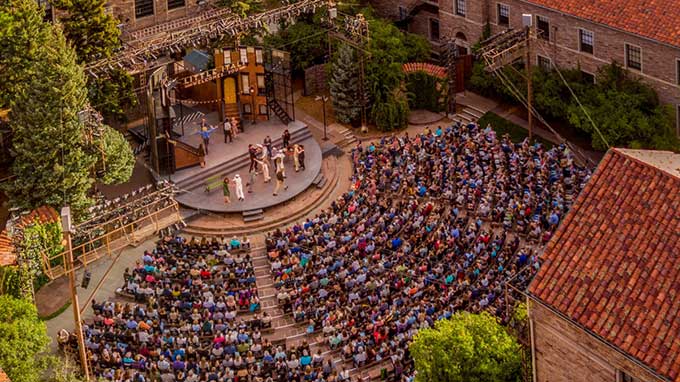 Since 1958, the University of Colorado Boulder has hosted the Colorado Shakespeare Festival, a comprehensive celebration of the Bard that includes performances of nearly all of his plays, discussions and analyses of his work, and camps meant to introduce him to children. If you have any interest in arguably the most influential figure in the history of literature, do not miss out. 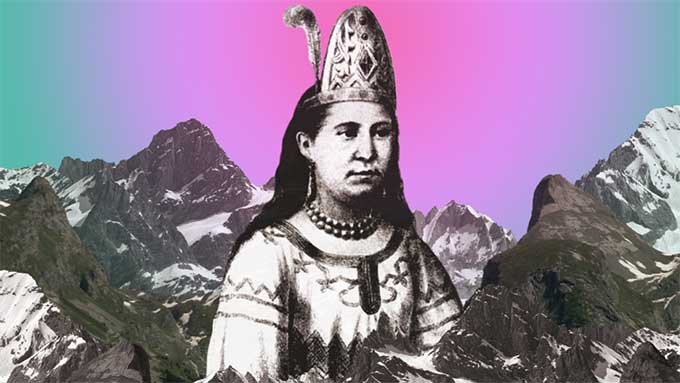 Malinalli on the Rocks

Hosted by Museo de Las Americas, Malinalli on the Rocks is an exploration of one of the most controversial and enigmatic figures in the history of the Americas: La Malinche. Simultaneously celebrated and reviled, La Malinche served as the Spanish conquistador Herman Cortes’s interpreter and guide during his conquest of Mayan culture. This exhibit attempts to remove the patriarchal light in which she has been painted throughout history in order to examine the woman she truly was. 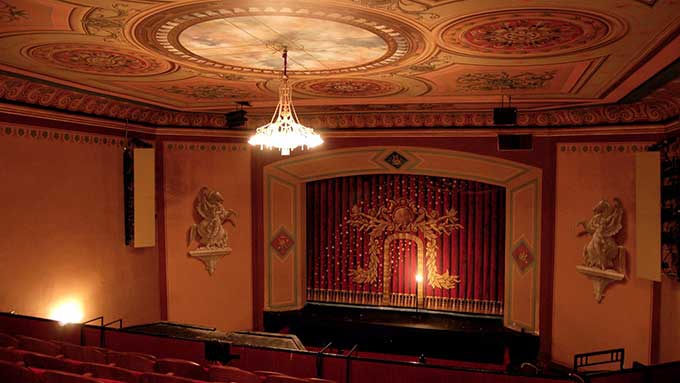 The Central City Opera Festival is a rather prestigious affair. It’s the biggest opera event in the state, runs all summer long, and includes performances of some of the greatest works ever created within the medium. It also features discussions with experts before and after performances, lunches put to music, and fine dining. 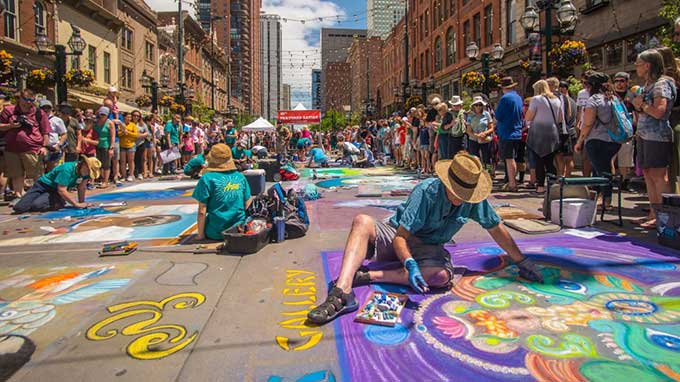 Hosted in June by the Larimer Arts Association, Denver Chalk Art Festival takes place in Larimer Square and features over 200 artists creating their works on pavement, adding even more beauty and color to an already vibrant part of the city. The event will also feature live music, wine and beer, and tons of food options for you to enjoy as the aspiring madonarris (professional chalk artists) do their thing. 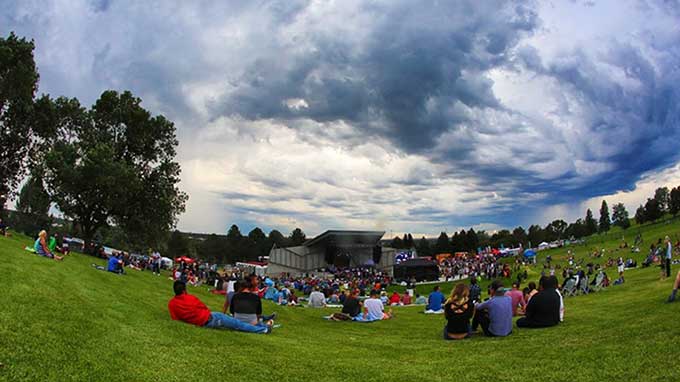 Denver Fringe Festival is a celebration of the weird and the unique. It features a diverse line-up of performance art, ranging from comedy to burlesque, plays to interpretive dance and flow art. Many of the time, the performances are a mixture of a little bit of everything. You are guaranteed to see something you’ve never quite seen before.