Charlie Musselwhite on the Blues, Creative Longevity, and a New Film Role

I talked with Grammy winner and Blues Hall of Fame inductee Charlie Musselwhite from his home, in Clarksdale, Mississippi. We talked about his latest release, which was his first solo album in seven years, touring in Colorado, how COVID lockdowns affected him and his ability to enjoy whatever creative gifts come his way.

Outside of his music on blues harmonica and guitar, Musselwhite has developed deep collaborations and friendships with industry legends. Two highlights include a classic and productive partnership with Rock and Roll Hall of Fame guitarist Elvin Bishop, and a life-long friendship with John Lee Hooker who was the best man at his wedding to wife Henrietta. He’s shared the stage with many more and his career is rich enough that he’s credited as the inspiration for Dan Akroyd’s character Elwood Blues in the legendary Saturday Night Live recurring sketch — and later 1980 comedy film — Blues Brothers. 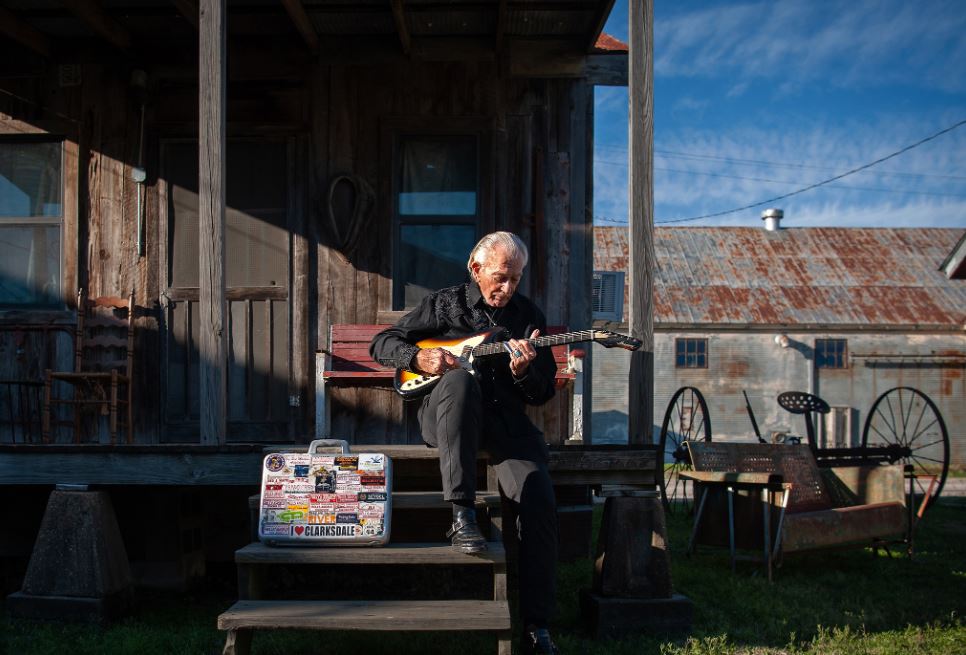 Throughout the interview, Musselwhite was incredibly gracious and at the end talked about his on-screen acting role in Martin Scorcese’s first western, Killers of the Flower Moon. It’s a film that’s packed with Hollywood royalty and Scorcese veterans, but more personally, has a connection to a gun in his office and Musselwhite’s great grandfather and namesake.

YS: Congrats on your new release and your tour. You’re coming to Colorado later this month, but you’ve played in the state before. We’re glad to have you back.

CM: I’ve been playing Colorado for decades … a  lot of the ski resort towns and places like Boulder and Denver. I’ve been to Greeley Blues Jam, too. I don’t think I’ve ever been to Winter Park, but I’m looking forward to it.

YS: It’s a beautiful place. And you’ll be playing from your latest release, Mississippi Son?

YS: When I listened to it the other day, one track stood out to me. Probably because I’m a Guy Clarke fan. It was his song you re-did, “The Dark.” When you played it, I felt like you stripped away the music so listeners could focus on his images and your voice. Can you tell me about your process for choosing and recording it?

CM: I don’t remember where I first heard it, but I really liked the song and the thought behind the words and I thought that’d be a good tune for me to do if I could kind of blues it up.

CM: Sure. We’ve done some shows together before in the past. I think the last time I saw him was in West Virginia on a radio show.

YS: How did you pick the other songs for Mississippi Son?

CM: It was just kind of a spontaneous thing and it was when the pandemic was going on. I had some time on my hands and my friend of mine, just three blocks from my home, has a studio. We’re just fooling around and I was playing guitar and he said he wanted to tape some of these tunes, you know, just to have on hand. That’s how much planning went into it.

We started recording some tours and at some point somebody said, you know, this could turn out to be an album. So, we brought in a drummer and a bass player for a few tunes. It just turned out so easy. It’s like falling off the log.

YS: With this release, your productivity continues. Can you tell me more about that?

YS: And it’s still taking you.

CM: Yeah, I enjoy it. And I don’t ever think about it from the point of view of what’s commercial. I just play what I like. And I hope somebody else will too.

YS: Do you feel like your productivity could even be increasing? Or how has your art changed in the last couple of years or last decade or so compared with your earlier self?

CM: Well, a few days ago, somebody called and asked me what I was doing. I said, I was just practicing. I think I’m starting to make some progress. It seems like the more I learn, the more there is to learn. It’s just fascinating. I’m always looking for new twists and turns to the music and to be able to play it and get it across to the people.

And I’m still doing duo shows with Elvin Bishop. We had a lot of fun. We just sit down side-by-side and I’ll play and they’ll play and we’ll tell stories or about things that happen to us and often amusing stories. So the audience really enjoys it. And we do two months. I already have another album in the can, as they say. So there’s all kinds of stuff to do.

YS: So, as we’re talking, I’m curious how COVID-19 lockdowns affected your work. All that time while the world took a giant pause.

CM: So for me, it was a tremendous break. I didn’t even realize how great it would be at home for that long. I’ve been on the road, you know, 60 years or something living out of a suitcase. I didn’t miss my suitcase at all.

It was really great to be at home and I could actually start a project and end it. And I got to sit around and just played guitar. I didn’t have to have any kind of structure. I got a lot of ideas doing that.

YS: I’m also curious about your collaboration with Ben Harper. Can you tell me more about what it was like for you?

CM: He’s a great songwriter. He’s written tons of songs and he’s very young, creative, and he loves blues. I just adapt myself to his style on this album, which is a slow blues. We were so kicked-back and relaxed in the studio. You can actually bring me laughing and talking because I didn’t know what to do when we were recording. I just thought we were having a good time. And when somebody left the studio, you can hear him slam the door. 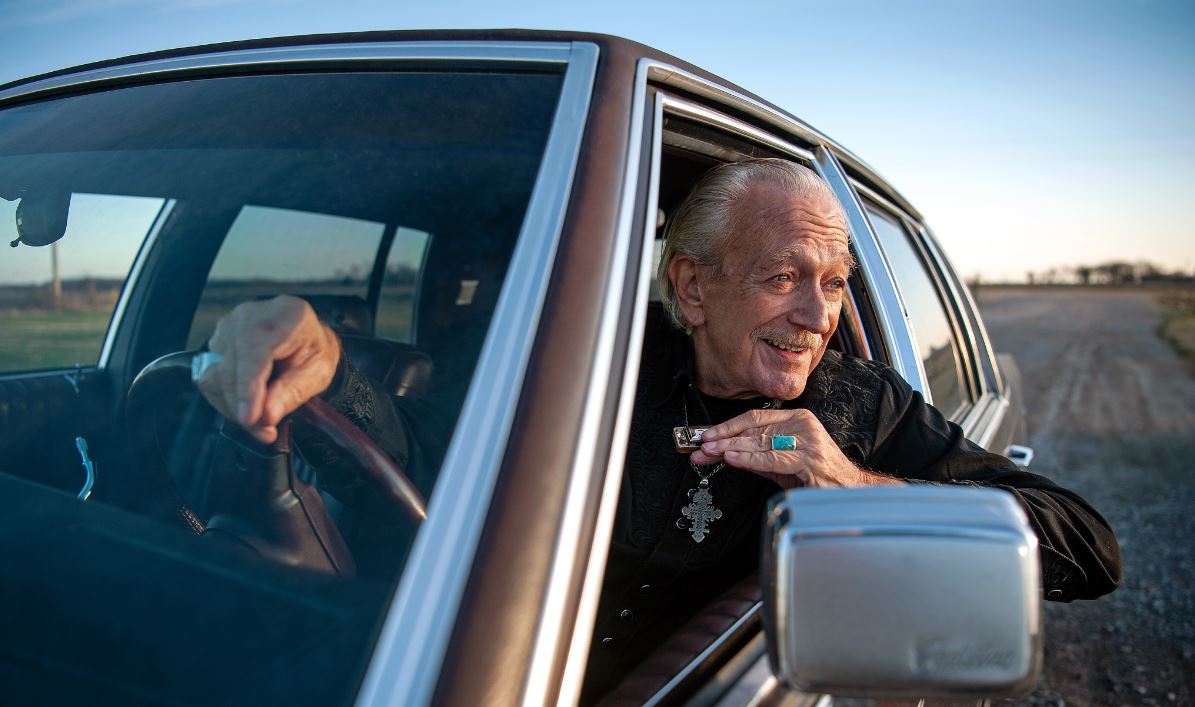 YS: Does this remind you of any other collaborations?

CM: It can be a fun and interesting challenge to find myself in different situations and figure out how I can fit in with that. Like, when I was on the road with Cyndi Lauper for a couple of years and she loves blues but we were doing her hits too. And so, “Girls Just Want to Have Fun” had a harmonica still.

YS: And you played with INXS.

CM: “Suicide Blonde.” I didn’t even know —I never heard of them. I was in Australia, doing a tour and somebody would be in my hotel and they said, “we hear you’re coming to Sydney and we’re recording in the studio and would like for you to come in and record with us. if you’d like.” I said, “oh yeah. Sure. I’ll come over after I get off the phone.” I said, “who is this ‘in excess?’” They said, “You never heard of them?” They only sold 15 million records last year.” Well, I’ve heard of them now.

YS: And anything interesting coming up that we can look forward to? I read you’re going to be touring again with Blind Boys of Alabama?

CM: Yeah, and with my own band and with Elvin Bishop and things like that. Oh, and I’m in a movie. A Scorcese movie.

YS: Wow. What’s the movie about?

CM: It’s based on the book called Killers of the Flower Moon, which is a true story about murders that happened in Oklahoma. The book is a picture of an outlaw named Al Spenser. He had a gang and they robbed banks and trains. Well, Spencer’s rifle is right here in my office because he died in the shootout with my grandfather, whose name was Charlie Musselwhite.

YS: That’s quite a story and an amazing connection. How did you get involved with the movie?

CM: One of the ladies that does casting saw me and a video about the 60th anniversary of Arhoolie records where they had all the artists that recorded with them doing a tune and talking or something. And she saw that and thought I’d be perfect for this part and I think she was right.

YS: Are you playing music in it?

CM: No, I’m not playing anything. I’m acting.

YS: Aside from music and film is there any other art form you like to do?

CM: Sure. I read a lot. I don’t know if you call that art, but I enjoy it. My mom was a painter, and I go to museums when I have a day off in a foreign city— Amsterdam, Paris. To the museums and see real good art.

YS: Is there anything else you’d like people to know?

CM: You know, things are maybe getting back to normal and it feels like I’m getting back out on the road. Now coming to a town near you. And I hope people will come out and see us and bring it and dance.

Charlie Musselwhite is appearing in Colorado at Winter Park’s Blues from the Top on June 26. Read his bio or purchase past music at charliemusselwhite.com/about or download his album, Son of Mississippi, from Alligator Records at alligator.com/albums/Mississippi-Son-CD