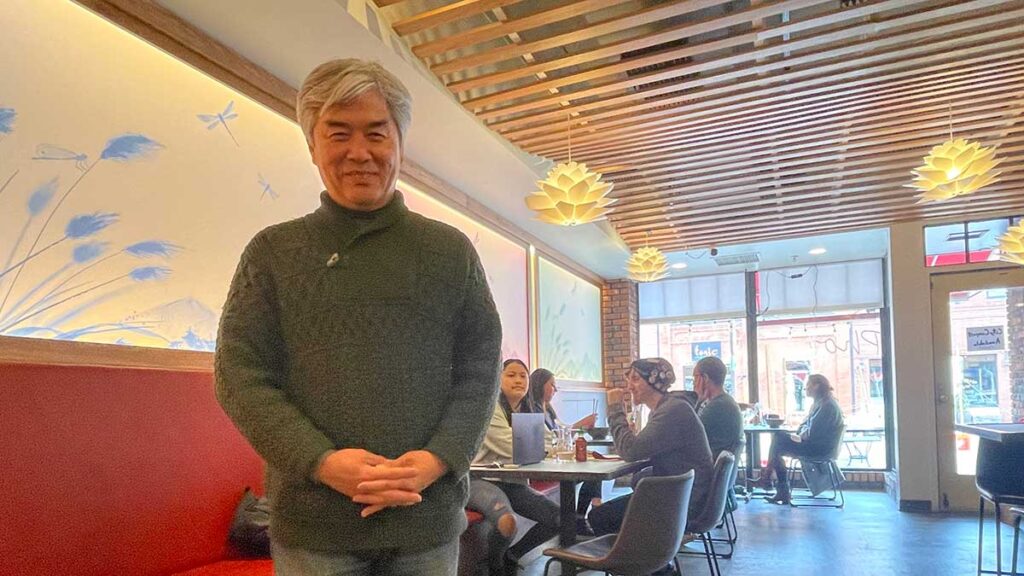 When he entered his restaurant, the first thing I noticed about Edwin Zoe were the warm hugs he had for his staff.

It was just prior to lunch and things weren’t yet busy at his restaurant, Dragonfly Noodle, in Boulder. Before the lunch crowd arrived, the 2022 James Beard Semifinalist for Restaurateur of the Year gave out a hug by the host stand, a hug by the order window, and a hug by the scene-stealing, gleaming Yamato noodle making machine.

That kind of warmth was a precursor to the hospitality I experienced during my visit. We sat together for nearly an hour over duck bao and later, a steaming bowl of black tonkotsu. We discussed his recently announced concept, Dragonfly Noodle – there are two of them, one close to Pearl St. in Boulder and one on the 16th St. Mall in Denver.

Zoe began the conversation with the story behind the concept. “We’ve just gone through a tremendously challenging past couple of years with the pandemic. Many restaurants have struggled and didn’t come out the same. As we emerged, I started to try to visualize what the post pandemic landscape looked like.” 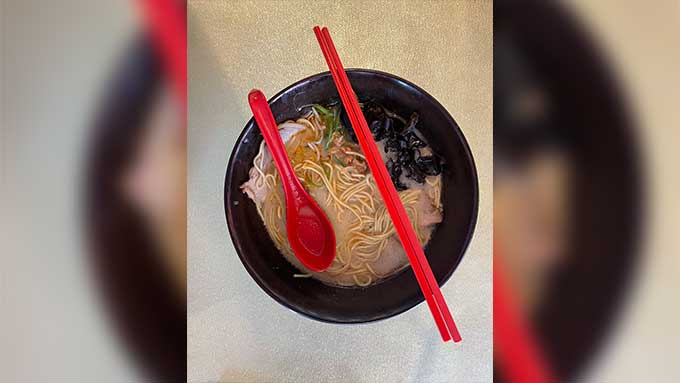 Ultimately, his vision reflected a variety of noodle-based offerings including ramen, udon, and pho. He explained,“When I traveled in Asia, I saw so much variety in flavors and styles, and the art of seeing noodles made is something that’s always fascinated me.”

He continued, “When I was a younger man, I wanted to learn how to do noodle pulling. I was in my late 20s, early 30s. I had to actually go to the Bay Area and call in some favors for a noodle master to teach me.”

Zoe also talked about the new concept’s name. “I remember clearly as a child, there was something special and mystical about dragonflies. The way they move, the colors. In terms of symbolism, it’s all about transformation because it has to emerge from underwater to become an amazing aerial acrobat. And in Japan, it’s the Samurai emblem.”

As it turns out, Dragonfly Noodle is just a number of different concepts that Zoe has. He seems to play with concepts the way writers play with story ideas. Working through them. Fitting them together. “Their inspiration comes from different sources. Sometimes they come in the middle of the night. A lot of it is driven by my belly. What I want to eat and I can’t find easily.”

Zoe’s roots in cooking are fairly well-known among the area’s food lovers. He opened his first restaurant, Zoe Ma Ma, to keep his mother Anna engaged once she moved to Boulder following his father’s passing. “Once she came I realized, okay. I need something for her to do,” said Zoe, very purposely, while good-naturedly making full eye contact for articulation. “If I can make a smaller restaurant that’s easy to run, that would be great for her. I called it Zoe Ma Ma because in Chinese culture, family name comes first.” 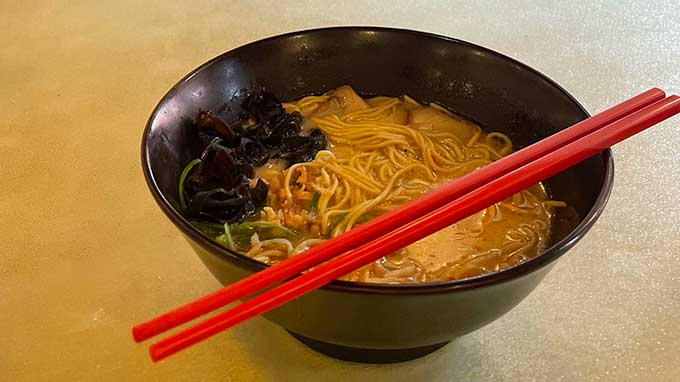 Many also know that his first restaurant experience was at his parent’s kitchen in the Midwest. He told a story about his time there that inspired him to do more. “At age 13, I worked in the restaurant 40 hours a week. I remember my father’s business partner handed me a check at the end of the summer, for like $270. That’s a lot of money, but also, I know math. I thought ‘that’s very little for how much I worked’. One night I was even in the dish pit until 2 a.m. in the morning. I said, when I grow up, I’m not going to be a dishwasher.”

Although big names like Charlie Trotter and Guy Fieri, who visited Zoe Ma Ma for an episode of Diners, Drive-ins and Dives, were part of our conversation, when I asked about his chef inspirations, he showed me a photo from his phone. It was a woman in Ho Chi Minh City, sitting on a street corner, making banh mi.

He said, “She’s making them one after another on a single burner and there’s a small line of people. All within a span of, maybe four by four feet. It’s 9 a.m. and this is her restaurant. When I look at that, it inspires me.”