Chocolate, Donuts, and Dogs: How Corporate Holding Companies Are Changing the Practice of Veterinary Medicine 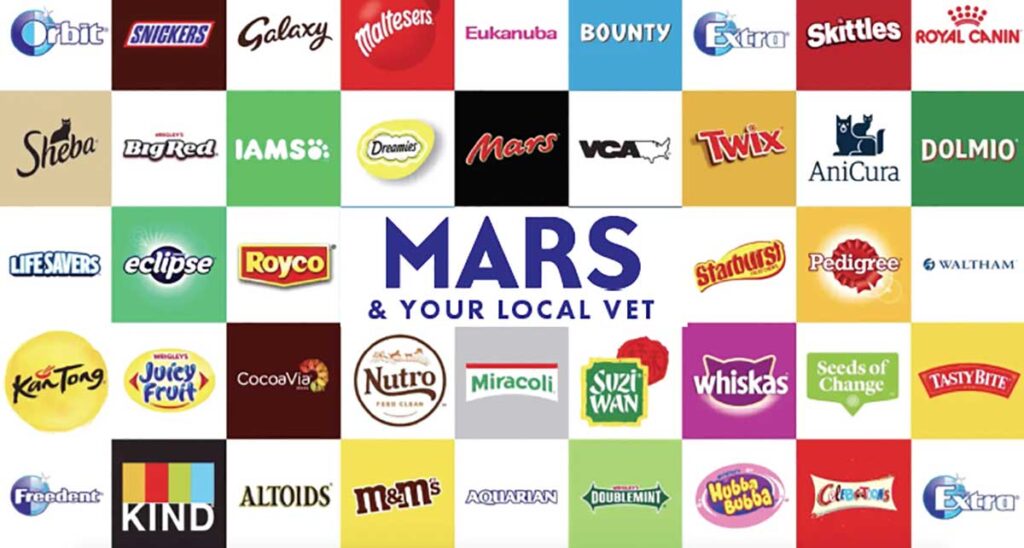 Chocolate, donuts, and dogs: Which of these things is not like the others?

If you guessed dogs, you are right — but they do have one thing in common — corporate owners sometimes called consolidators — not the actual dogs but veterinary practices throughout the United States. Currently, there are about 40 corporations owning clinics in the United States.

Some of these are groups of veterinarians hoping to reduce costs by consolidating. There are also several national and regional groups, BluePearl Pet Hospital, Banfield Pet Hospital, and Heartland Veterinary Partners are examples of these. It is estimated that 40% of specialty hospitals and emergency clinics are owned by corporations. Corporations are changing the way veterinary services uphold standards, sometimes turning them away from a client-or patient-centered service. The traditional, James Herriott model may be changed to a practice loyal to the corporation model or something in-between.

I love the way Front Range residents care for and love their companion animals. When I moved to Boulder 12 years ago, to my amazement, there were almost no stray dogs. I thought that there must be extremely effective animal protection agencies. After a couple of months, I realized that the lack of stray dogs and cats and pets hit by cars were because people really care about their companion animals. Although, some of the lack of animals on the streets is the result of predators. People here take good care of their furry family members. Pet owners are known as guardians. Pets are companion animals. Animal Control has morphed into Animal Protection.

This attitude was a revelation after living in Arkansas where strays were everywhere and euthanasia rates were sky-high. Here it was not just lip service when people said that their animal companions were family members. It seemed that guardians would do anything, no matter the cost, to save or improve the lives of their beloved companions. That is if they could afford it.

Corporations seem a poor fit for this progressive landscape. Starting with the purchase of Compassion-First veterinary conglomerate (no longer in existence) which operated specialty, emergency, and general practice hospitals in the U.S., the German holding company JAB (Joh. A. Benckiser) dipped its toe into the veterinary market. The water was fine. It then purchased National Veterinary Associates. NVA owned 670 veterinary hospitals and 70 pet resorts. This is where the donuts come in. JAB Holding Company owns Krispy Kreme.

The question is whether a profit-driven entity that has a track record of selling stuff is the best fit for a highly personal service. Corporations are legally people, but they do not love, feel compassion, or empathy. A corporation doesn’t have companion animals unless it uses them in research. Its obligation is to the shareholder. Its primary, and sometimes only purpose is to make money.  Donuts, pet food, and chocolate are products. You make them, and somebody buys them. Veterinary care is a highly personal, emotional service requiring ability and dedication. The operational standards and practices of a clinic can mean life or death for your companion.

Mars, Inc., the giant chocolate and animal food producer, with its recent purchase of Veterinary Centers of America animal hospitals, is the largest holder of practices in the country topping out at over 2,000 clinics and 50,000 veterinary professionals.

Mars has owned veterinary practices for many years. The company sees this as an extension of their pet food arm. Their intention, as stated by Pamela Mars is, “Mars Petcare’s entry into veterinary care on a global scale is to deliver on our purpose: a better world for pets.”  More about this later. It is also in Mars’ vision to increase profit. Larger corporations like Mars and JAB look for multi-vet practices that are making significant profits. They are not interested in small veterinary offices with one or two vets. Corporations have a limited number of veterinary hospitals they are willing to purchase, so it seems that the local vets in small communities will still exist — unless corporations find a way to make these practices more profitable.

The attraction for corporate purchases is a good return on investment and reasonable stability. The reason for the increased interest is partly because of the change in the public’s attitude towards their animals. Diane Mott, CEO of the Colorado Veterinary Medical Association says, “The way people view their animals has changed. Before, the family pet was something of an afterthought. That is no longer the case. Today families see themselves as guardians of companion animals. The dog or cat or bird or small mammal is a beloved member of the family, at least for a significant portion of the population.” This means they are willing to invest in their animals. 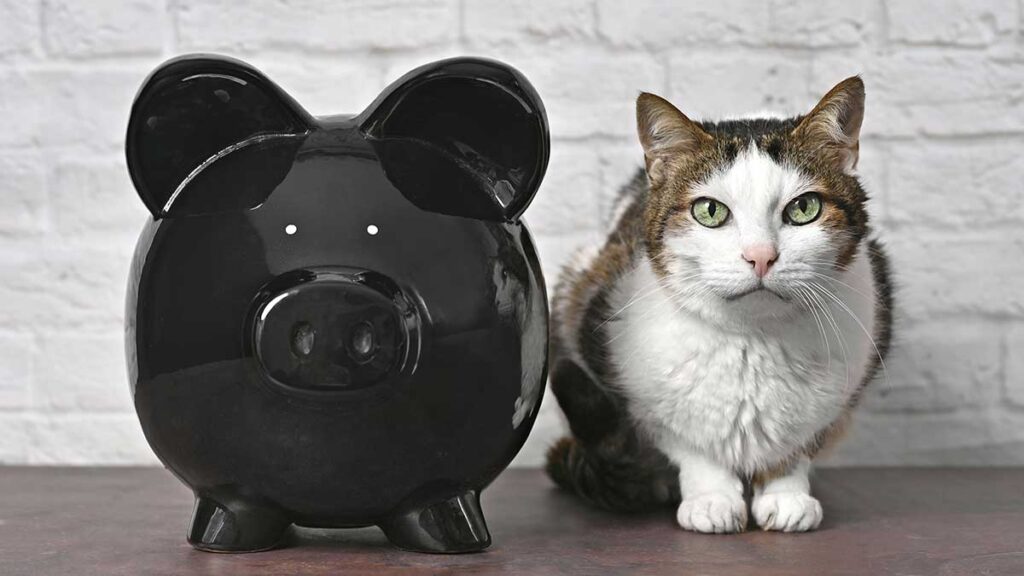 In the past decade, charges for veterinary care have risen significantly. New treatments are becoming available, and these treatments are expensive. Ten years ago, there were few specialists. Animal oncologists, anesthesiologists, rehab professionals, acupuncturists, chiropractors, or specialty surgeons were not available. These things were handled by your family’s veterinarian.

Pet guardians paid about $13 billion ($16 billion adjusted for inflation) in 2010 for veterinary care and products according to the American Pet Products Association. In 2021, the number topped $32 billion. We are willing to pay most any price for our companion’s welfare and happiness. If you are unable to pay for treatment, especially in emergencies, the outcome can be tragic. There are few options available. Many families go into debt at 27-35% interest. One couple I know mortgaged their house to save their little mixed-breed dog. Surgeries can go as high as $15,000.

Mars, Inc. does provide some help. Helping Overcome Pet Emergencies relies on the charitable giving of their associates. They have provided emergency care for 1,000 animals. Not particularly impressive for a multi-national, multi-million-dollar company.

Their subsidiary, Banfield Charities has given $12 million for care, sheltering, etc. since its inception. The company was formed in 1955. It isn’t clear who the money goes to — the guardian directly or the hospital in a yearly grant. A corporation like Mars that says that animal welfare is its goal could do much better and really make an impact. They have made a lot of money from animals; it’s time they gave some of it back.

There are vets, like Jeff Young of Planned Pethood International, in Westminster, CO, who provide low-cost and free services to the community. He once said to me that vets shouldn’t make more than $100,000 a year. That was enough to live a good life.

The average veterinary practice owner in Colorado in 2016 makes about $190,000 each year. Income can run as high as $325,000 or more for specialists. There are vets struggling to keep their independence.

A local veterinarian who owns her practice finds it increasingly difficult to resist consolidators that have approached her multiple times. “Part of the value of being a vet is the sense of a calling. Most vets are dedicated to the welfare of their clients and patients,” she says with a sigh. “It makes it harder when people are abusive to us. One man told my assistant that she was a loser who was useless.” She spent an hour crying in the break room.

This willingness to take out frustrations on the nearest person is increasing. “It is discouraging to work so hard to give the best service and having people not trust us,” she says. There are fewer and fewer veterinarians and veterinary technicians getting into the profession. The average vet tech makes $20 an hour. This is just not enough for people to take on the grueling, physically hard, sometimes thankless work. “It would be encouraging if people gave us a thumbs up for doing our jobs.”

Balancing life choices is difficult at any time. It is very stressful for practice owners, so a corporate buyout may seem attractive.

Corporate ownership can dictate the amount of time veterinarians can spend with clients. When the rules are set by corporations, compassion and personal connection can be replaced by a hard sell of products or services that might not be necessary. Some require that vets use specific suppliers that might be more expensive than if they were able to shop around. These services often are owned by corporations. All sellers must sign a non-disclosure agreement. That means that once they sell, they can’t say a bad or good word about the corporation.

The Veterinary Medical Board in California was considering supporting a set of laws to ensure that treatment of companion animals was in the animals’ best interest. They set up anonymous phone lines where vets could be free of the fear of reprisals. These are the results. The following information comes from Happy and Healthy Dog, a watchdog group about veterinary medicine.

One anonymous veterinarian who refused to sign a VCA contract went on the record. “Specifically, they requested us to sign a loyalty oath to VCA and their best interests (as opposed to adhering to our patients’ or clients’ best interests), and they required us to sign that these contract demands were ‘reasonable.’ They have a confidentiality clause in their contract that restricts us from even discussing the information in the contract.”

Other respondents cited the lack of ability to control the practice and being forced to use corporate-owned services for things like lab samples. One veterinarian was reprimanded when she sent samples to a better lab. Many vets did not participate in talking about consolidators for fear of retaliation. Owners are dictating practice standards and requiring staff and the vets to push products or require unnecessary tests. Corporations have prepaid pain management that provides insufficient pain management. The vet is forced to give less pain management drugs or make the client pay more. Corporations set metrics and benchmarks for vets, which may affect the care of animals. These veterinarians were concerned about corporate influence on the way they interact with clients and provide animal care. When I told this to Mott, she said, “I’m not surprised.”

Corporations are not big-hearted businesses with your companion’s best interest at heart. Time has shown that they will cut corners wherever they can raise prices as high as they can and that they don’t like regulation. Successful veterinary practices are low-hanging fruit because it is a seller’s market. Consolidators can pay a higher price for the practice. This pushes partners or young veterinarians out of the market.

Currently, there is a new trend for consolidators to buy the practice and leave it as it is because it has been successful and they don’t want to change that. This is very appealing to practice owners. The vet I interviewed, who wished to remain anonymous, told me that sooner or later, it is going to be harder to say no. There are several reasons for this. First, young vets are drowning in student debt. This requires them to work for the highest pay they can get. Corporations have more money to pay premium wages. Second, the work is hard, and good help is hard to find. The average stay of a vet tech at a clinic is three years. Third, it is a seller’s market. Corporations offer significant money for clinics. This can mean family financial security or the ability to retire early for the vet. The fourth reason is more personal. The abuse of the public is hard to take. It eats away self-esteem. It just plain hurts.

We may be looking at a perfect storm leading to the consolidation of a majority of practices. We are seeing fewer people wanting to become veterinarians. There is also a chance that people will not be able to pay for increasingly costly procedures. The jury is still out on the benefits and problems of corporate ownership. One thing is for certain —there will be significant changes to the way veterinary medicine is practiced.

View all posts by Kate Myers →