Where My Girls At? Exploring Why Girls Drop Out of Sports and What We Can Do to Keep Them in the Game 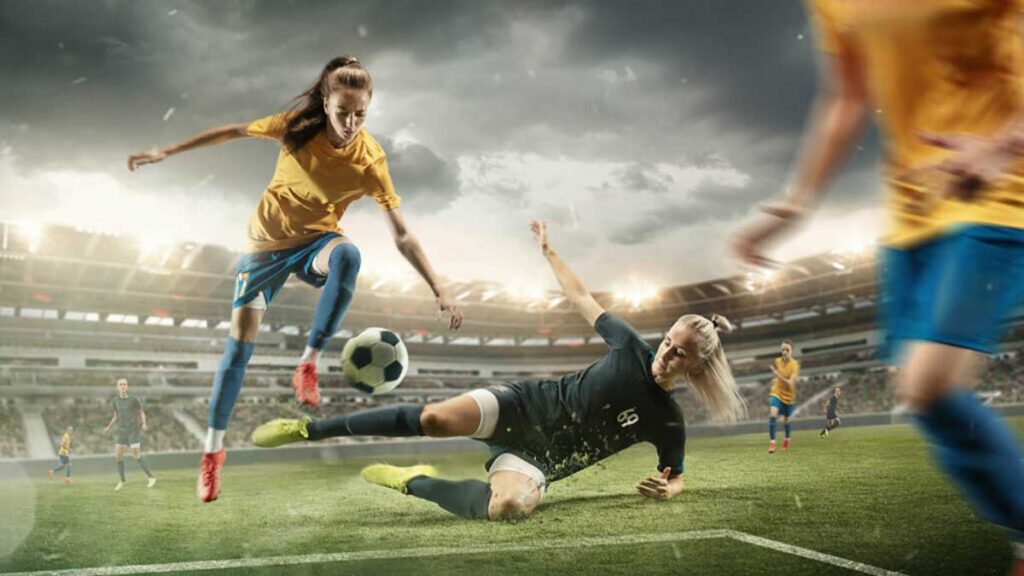 “Raise your hand if you have ever wanted to play soccer during recess but didn’t feel welcome to join?” I ask the third grade Brownie troop who I am working with on their Fair Play badge.

Out of the 10 girls, eight raise their hands.

“Is it because girls can’t play soccer very well?”

“NO!” they all shout in unison.

A little girl next to me half whispers, “But some of the boys make us feel that way. Or tell us that we don’t play as well, or they don’t want us.” I repeat what she said to the group, and they all nod solemnly.

“No!” they shout again. Many don’t look up. Some pick at the grass.

This is, unfortunately, a common discussion I have with the girls I work with through my program, Game On! Sports 4 Girls – Boulder and why programs like Game On! continue to be crucial, even as we see sports participation grow among girls. These eight- and nine-year-olds recognize on the playground that something is not quite right, and it’s nothing to shrug off. Research shows that by 14, girls are dropping out of sports at twice the rate of boys, which is an alarming statistic. Why does this matter in the grand scheme of things? 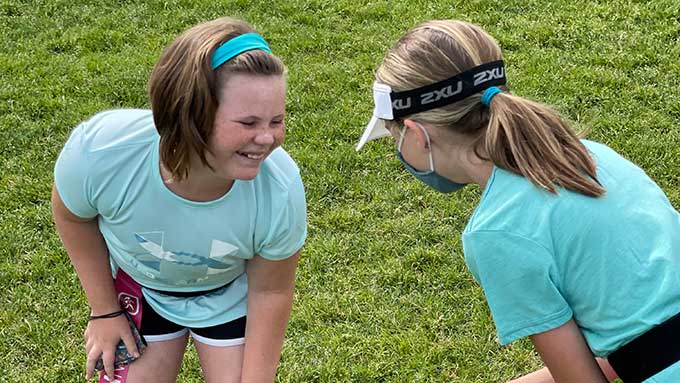 We know that what kids learn from sports goes beyond just how to dribble a basketball or throw a ball. Sports teach resilience, accountability, teamwork, how to take risks, sportsmanship, how to learn from mistakes, and leadership.

The Korn Ferry Institute found that 95% of CEOs from Fortune 500 companies played sports. Out of the 6% of those CEOs who were women, 90% played sports, 54% at the collegiate level. Leadership skills are a huge benefit of playing sports, even at a recreational level. If we are looking to our daughters to become future leaders, sports can play a big part in setting that stage for them.

So what is happening to our girls? Why are they dropping out of sports at twice the rate as boys? According to research from the Women’s Sports Foundation, key factors include income, transportation, parent attitudes around women’s sports, gender stereotypes, body image, and lack of access.

I’m going to focus on a few of those in detail based on my work with young girls in sports and how we as a community can work to change that statistic. 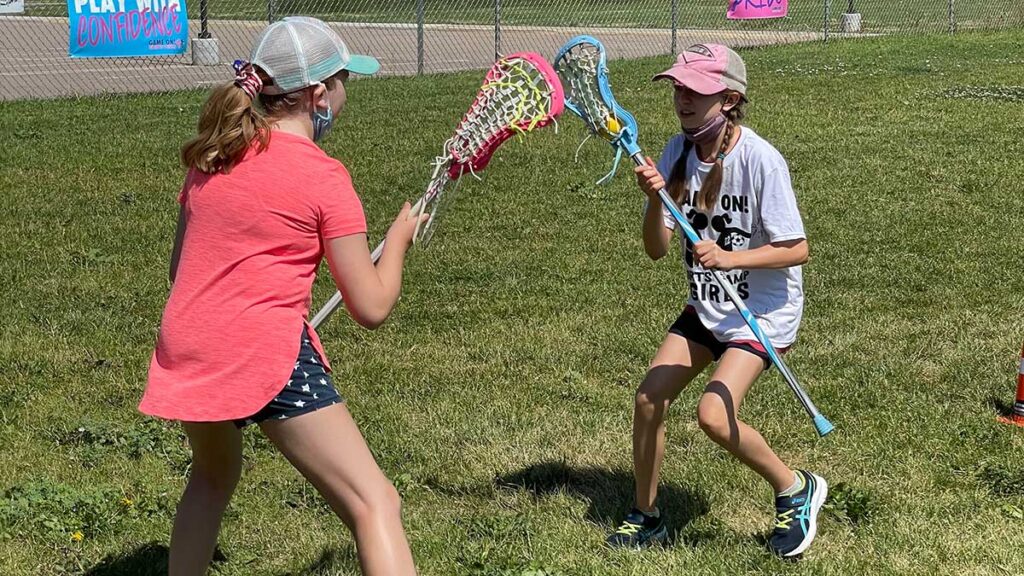 I’ll start here because this runs deep and, regardless of how far we seem to come in terms of sports equity, stubbornly remains in our society (yes, even here in progressive Boulder County). An ongoing perception that girls who like sports are “tomboys” and that interest in creative pursuits, fairies, tutus, and sparkles exclude interest in sports remains. This results sometimes in a delayed introduction to sports — or no introduction at all. Let’s look at a couple of scenarios:

Baby A, female, is welcomed into the world with much anticipation. She’s outfitted in shades of pink, purple…or maybe more gender-neutral yellow and green. Baby A is given many toys, including balls to kick around the yard. As she nears her preschool years, her parents glance at the local recreation center’s offerings for sports and decide to put her in soccer. She hates soccer. After a difficult season of forcing her to participate, her parents decide she does not like team sports and do not sign her up to try anything else. Her parents take her to a football or baseball game on occasion, but she’s uninterested. She gets curious about sports by fourth or fifth grade but feels behind in her skills and by middle school, it doesn’t seem worth it. She drops team sports to pursue other interests.

Baby B, male, is welcomed into the world with much anticipation. He’s outfitted in shades of blue and green. Baby B is dressed in an adorable baby jersey and posed with a football for his 6-month pictures. He is given many toys, most of them focusing on being active. As he nears preschool, his parents enroll him in little kid soccer. He doesn’t care for soccer, so his parents try t-ball and tiny tykes basketball. His parents take him to football and baseball games, where he finds role models that he wants to be like. By elementary school, he is playing flag football, baseball, and basketball. By middle school, he is excelling at sports and is prepared to carry on through high school.

While this seems like an extreme comparison, it really isn’t. The average age that boys start sports is a full year before girls, but the messaging around sports starts much, much younger. There is still a prevalent belief that boys are just better at sports than girls, so some families don’t choose to introduce sports at all, rather they wait until their daughters show interest. Whereas with boys, they are more likely to try many different sports to see what “sticks.” Without continued exposure or knowledge of games or gendered stereotypes of what kind of girl can be an athlete, how can girls feel confident to pursue sports?

It’s not just the introduction of sports through their own play. When Baby A is taken to football and baseball games, she does not see herself represented. The idea of “if they see it, they can be it” is an important factor in girls’ sports participation. We know that women’s sports are not held in the same regard as men’s sports, even with the incredible strides over the decades. I hear all the time that “women’s sports are just not as much fun to watch.” Well, with just 5% of media coverage devoted to women’s sports, it’s hard to create interest and hype around it. Without showing girls and boys women’s collegiate and professional sports, how can we expect girls to see the value in sports and boys to value girls in sports as they grow? 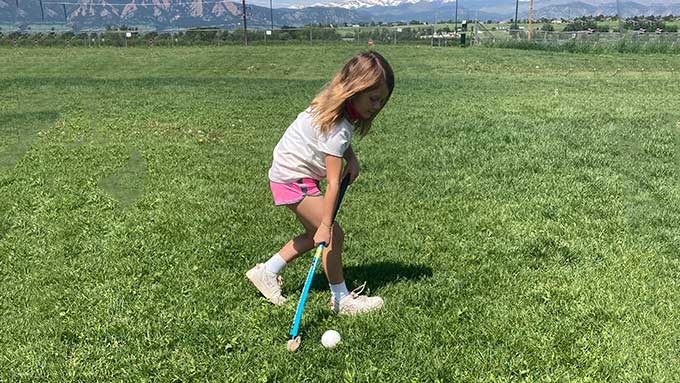 According to Katty Kay and Claire Shipman, authors of The Confidence Code for Girls, girls’ confidence plummets 30% between the ages of eight and 14. Puberty is clearly a large part of this equation. Their bodies are growing in different ways, often becoming less flexible and heavier as their bones grow denser, which can make fitness and athletics feel more challenging. Some shoot up, with long legs that feel strange and awkward. Some put on weight, some lose weight. They grow breasts. Their bodies can feel completely foreign to them.

For boys, getting bigger, taller, and heavier is considered a good thing. However, since we create value around being thin, light, and small for girls at a super young age, it can feel like something is wrong with them when their bodies change from that “ideal.” An athletic or larger build is considered bad, not something to be proud of.

Also — periods. Yep, we’re going to go there. Periods are normal, and our daughters will have them. In terms of athletics, the embarrassment of periods and fear of accidents are too much for some girls. On top of that is the fact that sports play and fitness are different on our bodies in the days leading up to our periods. We are more prone to injury and for many, are saddled with uncomfortable (and sometimes very painful) cramps, migraines, fatigue, etc. If we aren’t addressing periods in our girls’ athletics, how do we expect them to want to continue participating?

The Problems with Elite Youth Athletics

This one can be said for youth sports in general, but it most certainly contributes to the dropout rate of girls.

Over the past few decades, we have seen a trickle-down effect in terms of intensity in sports. What we see at a collegiate level of play is what we used to expect in professional sports. This means that middle school athletics are now far more competitive as well. That competitiveness creates the idea that kids need to specialize in a single sport year-round at increasingly younger ages in order to become elite athletes, which leads to overuse injuries and burnout.

In a 2021 UCLA Health article, Injuries among youth athletes are on the rise – but why? by Cheryl Champion, Kristofer Jones, MD, explores this topic, stating, “Now, we have the studies to show that the chance of serious musculoskeletal injury from repetitive microtrauma is increased at a time when, due to normal adolescent growth, the body may be particularly vulnerable (due to sports specialization). The literature shows a clear correlation between training volume and intensity and injury risk.”

For all youth, participation in multiple sports is healthier for growing bodies. For girls, participation in two or more sports has many additional benefits beyond the physical. According to the Women’s Sports Foundation’s Teen Sport in America, Part II: Her Participation Matters Report, published in 2021:

Across all areas of teen girls’ health, academic achievement, and psychological well-being, we found that girls who participated in more than one sport benefited more from their participation than those who focused on a single sport. In some instances, including consumption of soft drinks, marijuana use, self-perception of intelligence, cutting class, self-efficacy, and fatalism, sports participation was linked to more positive outcomes only among girls who participate in at least two sports. Participation in multiple sports is believed to expose youth to a fuller range of experiences, reinforce important skills for positive development and to offer youth greater opportunities to contribute and build supportive relationships with a variety of positive adults and peers.

The focus on elite youth athletics also takes away the ability for kids to play sports just for fun. While recreational sports opportunities are still widely available for K-5th grade, those opportunities become far fewer as kids get into middle school and are practically non-existent by high school. Girls who were introduced to sports at a later age can often feel intimidated by starting sports in middle school and have a more difficult time connecting to sports. Gone are the days of being able to participate in any sport throughout high school, even if you were just so-so. 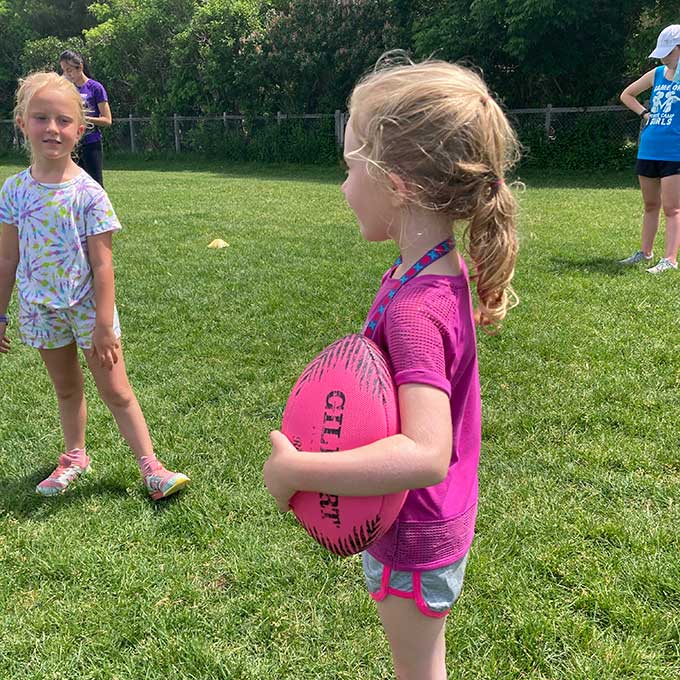 Keeping Girls in the Game

So what can we, as a community, do to support keeping girls in sports?

Introduce sports to your girls early and often. Take them out back to throw a ball around, teach them how to dribble a basketball. There are so many sports out there — don’t give up if there are some they don’t connect with.

Support girls and women’s sports. Take your kids (your daughters and sons) to women’s games. While we have few opportunities to see professional women’s sports in the Denver Metro area, we have some fantastic women’s high school and collegiate teams. Find their schedules, go to their games. Turn the TV on to watch women’s professional basketball or soccer.

Normalize the changes girls experience with their bodies during puberty. Create safe spaces for them that remove the stigma of periods and support them in continuing their athletics while navigating the changes in their bodies. Celebrate their strong bodies and what they can do.

Push back against the idea of year-round, single-sport athletics for our youth. Give them opportunities to take a break and try multiple sports.

Create more affordable and accessible recreational sports opportunities through high school for all kids. Allow them to play sports for the fun of playing sports, even if they aren’t the best or don’t show promise to become elite.

It’s a big ask. These changes require major shifts to many people’s beliefs surrounding girls and women in sports, and youth sports, in general. It requires us to take a long look at our communities, opportunities, and privilege.

The payoff is nurturing girls (and really, all kids) who are more confident, strong, and ready to lead, as well as sports that are more equitable and accessible for all.

View all posts by Maria Anderson →