Off Menu with… Daniel Asher | Ash’Kara 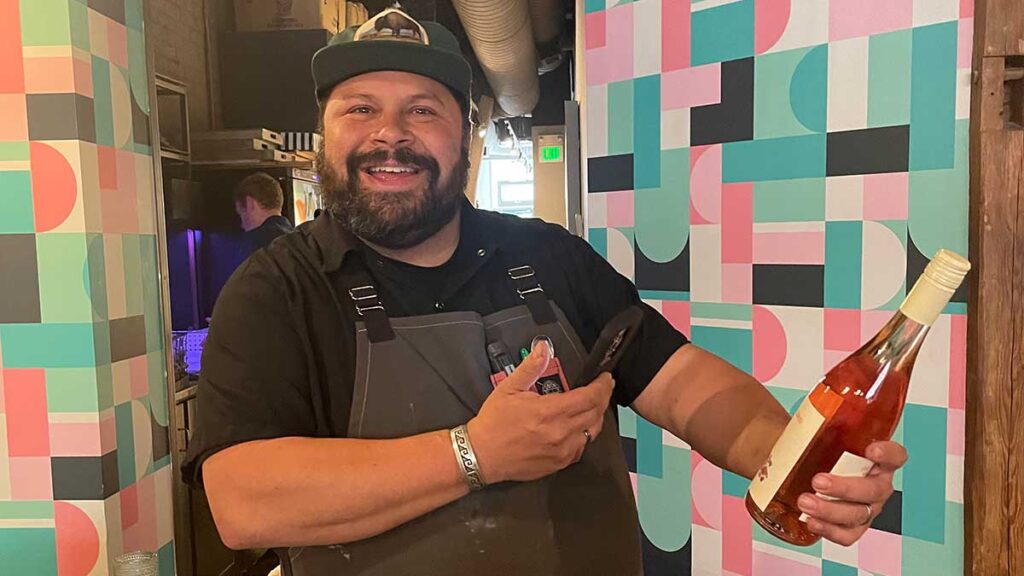 The first time I talked to Daniel Asher, he told a story about hummus. He said he was delighted when he first had it on a tour visiting family in Israel, and that it wasn’t what he was used to seeing at home in Chicago. It was lighter but more flavorful, and he got excited about bringing that kind of quality to others.

On a daily basis, Asher is hosting diners as the special and important act it is and demonstrating kindness to anyone nearby. When we met him, he gregariously gathered his staff for an enthusiastic, leave-no-one-out photo. It was taken while the group enthusiastically smiled, and yelled “pita,” and my camera shutter clicked. 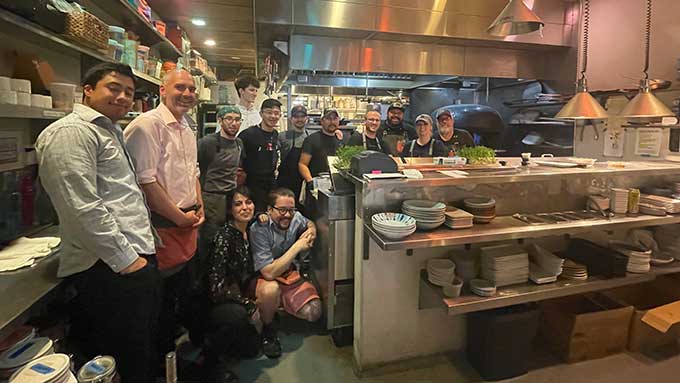 Later, while he answered my questions, he talked about his father who was a Romanian Holocaust survivor and spent life after the war trying to find an element of stability. “He and my mom met and fell in love, were based in Montreal and then moved to Chicago. Before that he was constantly uprooted. For him, the kitchen expressed a very necessary expression of safety. My mom was at the center of that and as soon as I was old enough to use a stepstood and reach the counter, I was making things with her.”

When he was 14 and could legally work in a kitchen, Asher got his first restaurant job washing dishes and peeling potatoes at Fuddruckers. The experience was consequential.

“That was my gateway drug to the kitchen. It sealed my fate in food service,” he said. “ Now to me, the whole frantic energy of a busy dining room is like that magic of going to a concert, walking into a venue with music jamming, packed with people. There’s a human, collaborative experience of joy.”

Beyond words, it’s Asher’s attitude that makes the biggest impression. It’s hard to imagine a world where he isn’t gregariously promoting an ethical, nutritious approach to food and demonstrating (not just talking about) dining as a soul-nourishing act.

“That’s what it is to me. Trying to connect the dots about who grew our carrots, what grains are in the pita bread, what olive oil garnishes our hummus,” he said. “It’s all about opening a dialogue about having a high level of respect around food, the people that make it, grow it, love on it.”

During our conversation, I was the guest, eating pea-shoot-hued falafel made with green Egyptian fava beans and a grain dish of saffron and turmeric rice and nigella seed. Of course, the hummus he’d mentioned was also on the table – now in his creamy, flavorful style with red onion, parsley, and chicken shawarma. All of it with a bright rose, eaten outdoors on Pearl St. one of the first truly warm Fridays in May. 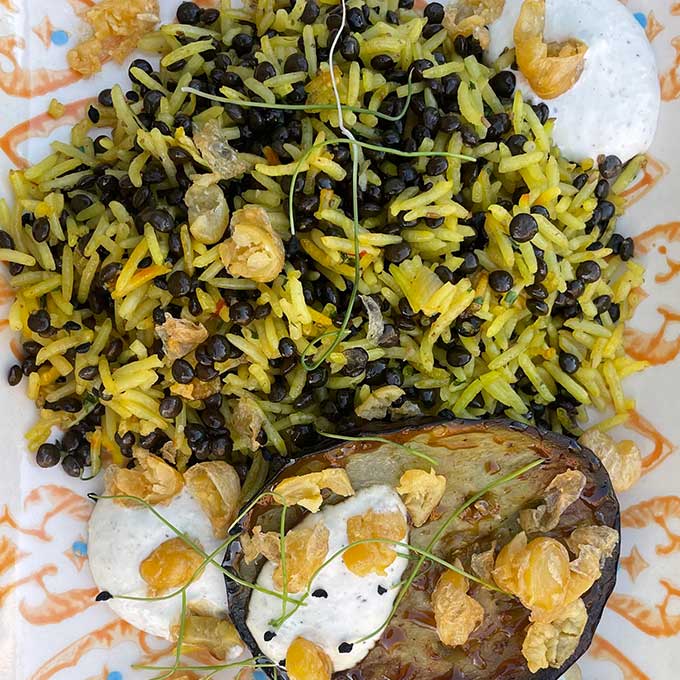 There was definitely joy. No question.

Maybe, how I experienced the meal was a reflection of something Asher said was at the core of his restaurants. “It’s the basis of ancient hospitality,” he said. “Inviting a stranger in to replenish them to help them restore. Feel safe and loved in the middle of whatever is going on in their life.”