Off Menu with… Linda Hampsten Fox 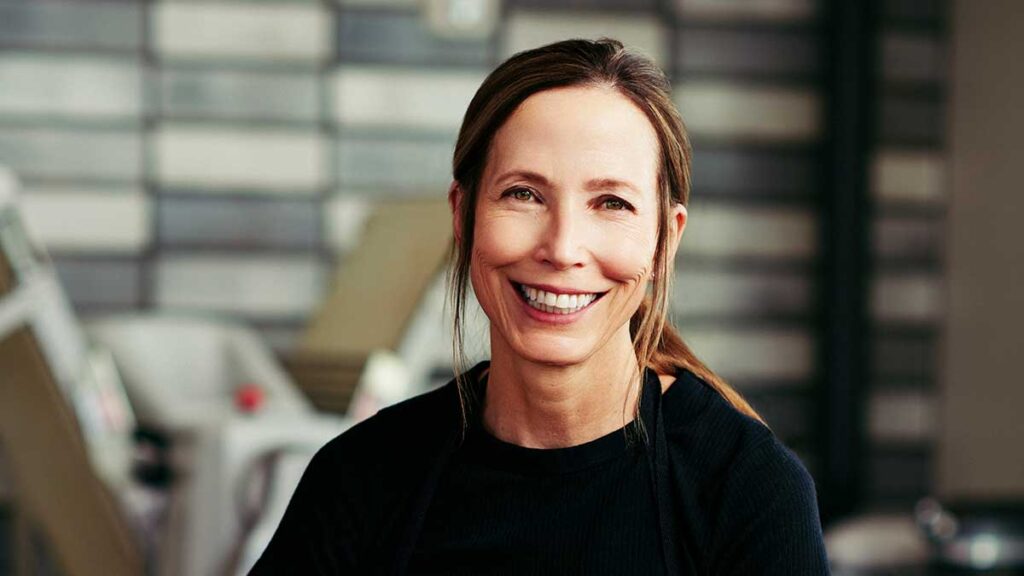 “There’s always a boy involved, right?” asked Linda Hampsten Fox when telling a story about how she got to Boulder.

Her story continued, “I came here with a boy when I was a junior in high school and he was in college. If it wasn’t for him, I think I would have wound up on the East Coast doing something completely different, but I fell in love with Colorado. I was enthralled by people outside in this beautiful, sunny dry climate.”

Thanks to that boyfriend, Hampsten Fox evolved to have a significant impact in Boulder area food. Her culinary story started with her employment as a hostess at the since-closed but legendary Catacombs, while at CU Boulder.

As her career progressed, she created a small catering company and enjoyed a series of Colorado culinary accomplishments. She cooked for Dr. Jane Goodall, Nick and Helen Forrester of ETown, The Dave Matthews Band, Mellissa Ethridge. Politicians Nancy Pelosi and John Hickenlooper. When Med, Brasserie Ten Ten, and Via Perla owner Joe and Peggy Romano’s daughter got married, they turned to Hampsten Fox to provide food. Four years ago she was named Chef of the Year by the Colorado Restaurant Association.

To prepare to make her mark in the area, Hampsten Fox spent time learning her craft in Switzerland, France, and Italy. One of her mentors was Isa Guarguaglini, the mother of a family that owned the ZiMartino Hotel and Restaurant in Tuscany, an hour south of Pisa. On the resort’s property there were more than 90 olive trees, a small vineyard, and a garden.

Though many chefs opened their kitchen to her, Hampsten Fox said Guarguaglini stood out. “She was a mom of her family that owned the hotel, and she was in her kitchen every day. She loved to use rabbit and now it’s one of my favorite ingredients to work with.” In addition, Guarguaglini’s recipe for biscotti is in Hampsten Fox’s cookbook, currently available online.

Hampsten Fox’s daughter, Emma, was born in Europe and they lived there until she was five and the two of them returned to Boulder. Hampsten Fox’s ability to run a catering company and work as a private chef helped her balance her career with single motherhood. “While I was working as a private chef, I had a lot more flexibility to decide what I would do and where I would do it. IT was one thing I loved about it,” she said.

As she ran her catering company, her daughter was watching. “Back in Boulder at an after-school event with moms and children and the children were talking about their favorite foods. Everyone mentioned pizza and chicken nuggets and hamburgers. When Emma’s turn came she said ‘my favorite food was quail eggs in brioche with truffle butter’ and she was like six. All the moms were like, ok, who’s her mother?” 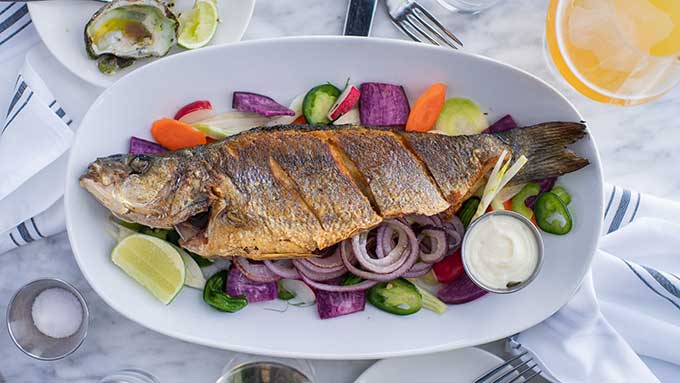 Now, her daughter is grown and Hampsten Fox is in the next stage of her life. She’s running her cafe and restaurant, The Bindery, in Denver’s LoHi neighborhood. The location, placed in a former book bindery, opened to rave reviews in 2017. We’ve tasted her grilled cheese with smoked rabbit and a tomato soup. It was remarkable, with a smoke from the meat that infused the cheese, countered with fresh, smooth soup.

Her past is still with her at her new place. The restaurant has a notable take-out and catering component, her specialty. There are ever-present family connections, the current brunch menu has a dish called the Emma Bella.

Hampsten Fox explained, “We make this house brioche, we have egg that we put in the middle with stuffed prosciutto and truffle butter. It’s called the Emma Bella and that means I get to hear her name all weekend long because people love it.”