Off Menu with… Lisa Balcom | Farow 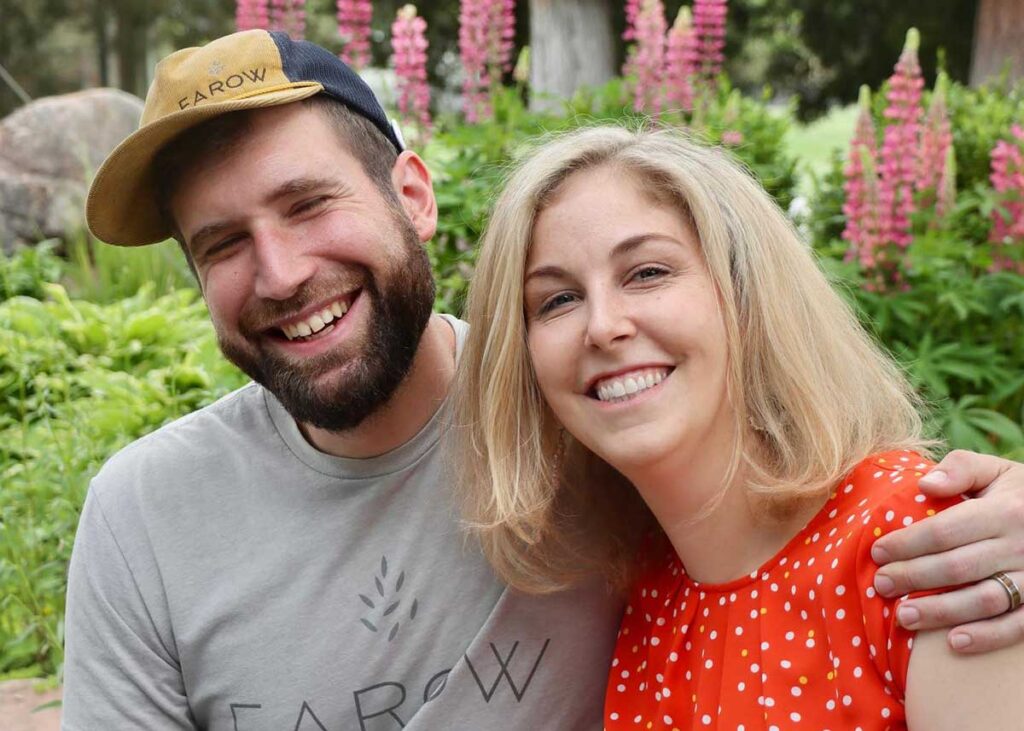 I wasn’t that surprised when, on an early summer afternoon, Chef Lisa Balcom met me outside her restaurant with Niwot food historian Laura Bloom and a tarragon-filled paper bag. Bloom had grown more than she could use and wanted to share. She thought to bring it to Farow, a spot that has not only won rave reviews in the region, it has formed close ties with locals.

Since opening last September, this eatery has become a part of Niwot. It’s where people working in Cottonwood Square stop by for happy hour or patio jazz, where high schoolers come for pre-prom dinner, and where gardening-minded residents feel that their extra harvest would be appreciated.

“Does this happen a lot,” I asked?

“On occasion,” Balcom answered. “We’ve got our garden outside too that we’re just starting. Jodi from Slow Food is kind enough to bring food from the Masa Seed Foundation and plant them for us. We’ve got a bunch of seeds that are sprouting and getting ready to do their thing.” 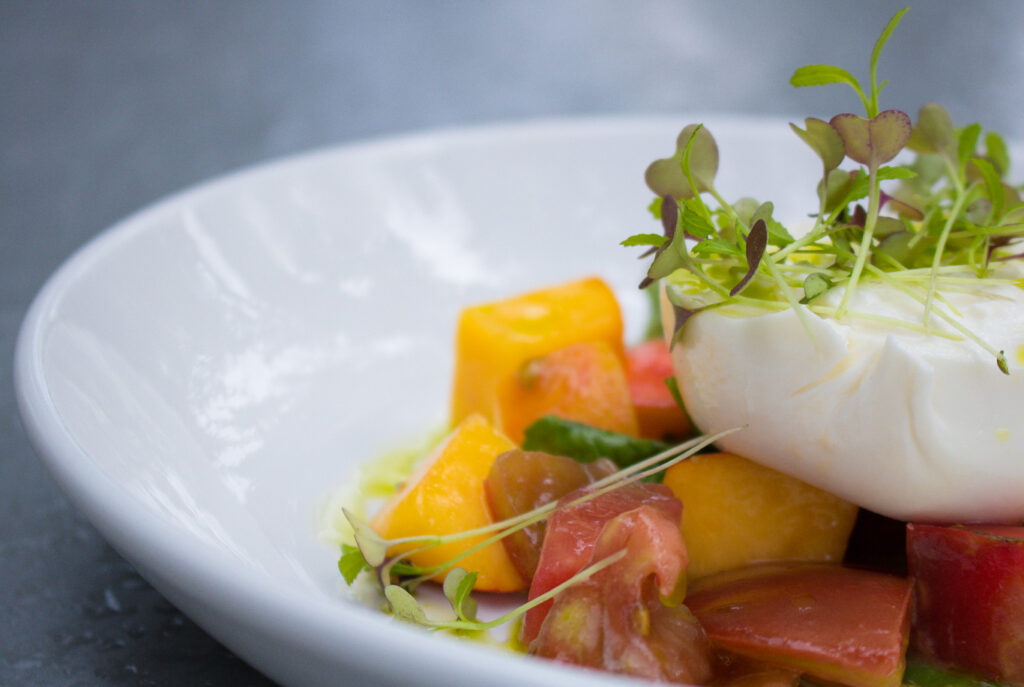 I’m not surprised. Lisa and her husband and co-owner, Chef Patrick Balcom, have shown a passion for using what’s grown close by. Recipient of the Slow Food Snail of Approval award for a commitment to ethical sourcing, the restaurant’s sourcing list includes Black Cat Farms, Buckner Family Farms, and Moxie Bread. Ninety percent of ingredients come from within 10 miles.

Items don’t often appear on the menu more than once. That’s partially due to seasonality and to the fact that it’s how Patrick likes to work. “I’m always pushing myself to explore new flavors and techniques. It keeps it interesting for me,” he said. “We’ve probably created more than 100 new things since we’ve opened.”

While Patrick is in the back, Lisa handles pastry and front of house. “We mostly just stay in our own lanes and put things together when we need to,” she shared with Patrick adding, “We don’t overlap, it’s more of a completely separate deal.”

It’s clear they also connect. I asked if Lisa could step into Patrick’s spot in the kitchen and she said that, while she couldn’t work his spot to the extent he does, if things are piling up, she’ll jump in and help it run more smoothly. When asked if he could make her pastry, she conceded, “He’s actually a pretty good pastry chef for someone who isn’t trained.”

If there’s a chef-version of the newlywed game, they’d probably win. I asked Lisa what Patrick’s favorite food was. “Pizza and anything southern,” she said. He nodded while adding that he likes anything sweet. His answer for her, Nachos, came quickly. She agreed, “Yeah, those are up there, as far as junk food for sure.”

Both Balcoms were impacted by time they’ve spent together at The Charleston Grill. “The biggest influence I had was Michelle Weaver, he said. “I was her sous chef for four years in Charleston. She grew up in the south in Alabama and understands flavors, textures, and how to balance a dish.”

“Her cooking influenced my palate very much as well,” added Lisa. “Along with our sommelier at the same restaurant. Mickey Bakst [General Manager] was also one of my biggest influences. We’d learned the highest level of fine dining and hospitality and how it plays into everything you do as far as service goes. We’ve been able to apply a lot of those things here.

The pair has mentioned other influencers too. They included Kelly Morrow and locally Arun Astraelis from the pair’s time at Boulder’s Blackbelly.

As they round out their first year and head towards their anniversary, they’re excited. They’re planning to host both Weaver and Bakst at their new place after their mentors speak at Aspen Food and Wine Festival. “That’s probably the highest compliment for both of us,” said Lisa.

For their anniversary, they’re preparing to break one of Patrick’s rules. They’re reserving items from opening day. Customer favorites like confit tomatoes with a salsa verde, tomato pie, fried chili and eggplant, and crab angiolotte with a corn velote.

Lisa said, “We still have people that talk about that dish to this day.”