Boulder County’s distilled spirits are standing tall in some of the best competitions in the world. Case in point: earlier this spring Spirit Hound, the nearly decade old distillery, in Lyons took home Whisky of the World for its single-malt whisky at this year’s London Spirits Competition. It scored 96 points and earned best in show for the competition which is known for highlighting the best spirits worldwide. It was the only US-based whisky to win gold.

We talked to Co-founder and Head Distiller Craig Englehorn and Spirit Hound’s new Chief Executive Officer Brad Stevenson, who was the former COO of Founders Brewing. Englehorn shared about the night he learned they won the award.

“I was up in my office and my events coordinator was with me. I got a congratulations email from a UK magazine. I turned to her and asked if we got notified that we won whisky of the year. She said she didn’t think so. We started doing internet searches and I saw an article headline that said ‘US Wins Big in London spirits competition.’ Turns out, the competition announcement went into spam and we didn’t see it right away.”

There’s been a lot of activity at the brewery since that fortuitous notification. Stevenson said they’re now getting visits from people who had often driven the distinctive brown sign that marks Spirit Hound’s entrance on Ute Hwy/Hwy 36 just before Lyons’ downtown. More liquor stores and distributors are calling.

Overall, the distillery said the award drove 125% sales growth. Even before the win, the Spirit Hound team was looking at expansions and are even planning to add on to the building and expand. Now there’s even more exciting growth. 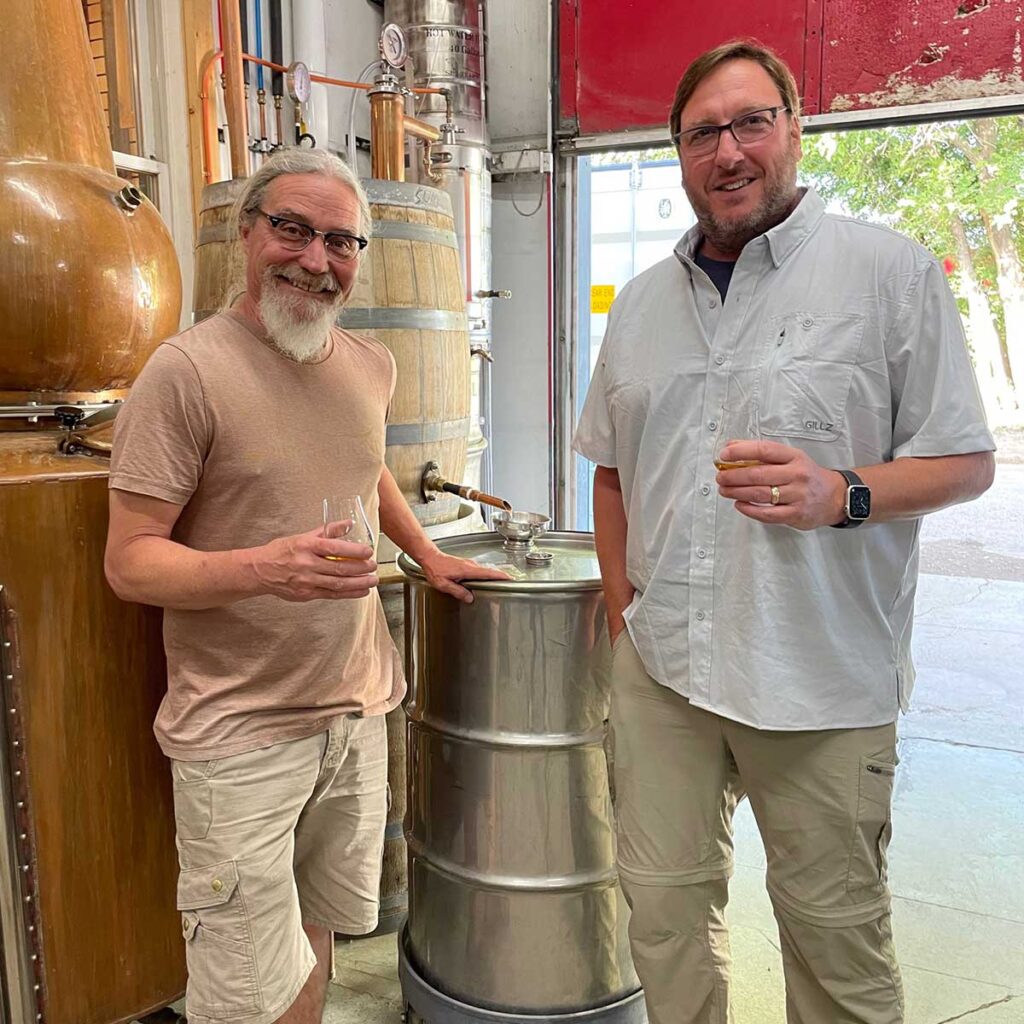 When we stopped by the distillery, the prize winner was out of stock, but we had a close version of the award winner. “All of our malt whisky is made from the same recipe and are aged single barrel,” said Stevenson, “Very similar profiles.”

When we sampled the single malt and noted some peat profile, smoothness and some oak. We also tried it in a Robert Burns cocktail with Spirit Hound vermouth, a cherry infusion, cacao bitters, walnut extract and orange peel. We recommend both.

“I began to work at Avery in 2011. It was an amazing experience,” Bell said. “We brewed in the Avery alley and the best thing about that location is the people. My former boss there is now our production manager. We talked about what it would be like to get everyone together. Things went from there.”

Bell estimated that there may be as many as a half dozen breweries that have been founded by Avery alumni. In addition to Call to Arms, participating breweries for the collaboration included current Avery Brewing staff, Denver Beer Co, Ska Brewing, The Rayback, Rocky Mountain Barrel Co., Harmonic Brewing, New Belgium Brewing, Lawson’s Finest Liquids, Stonecloud Brewing, and Station 26 Brewing. 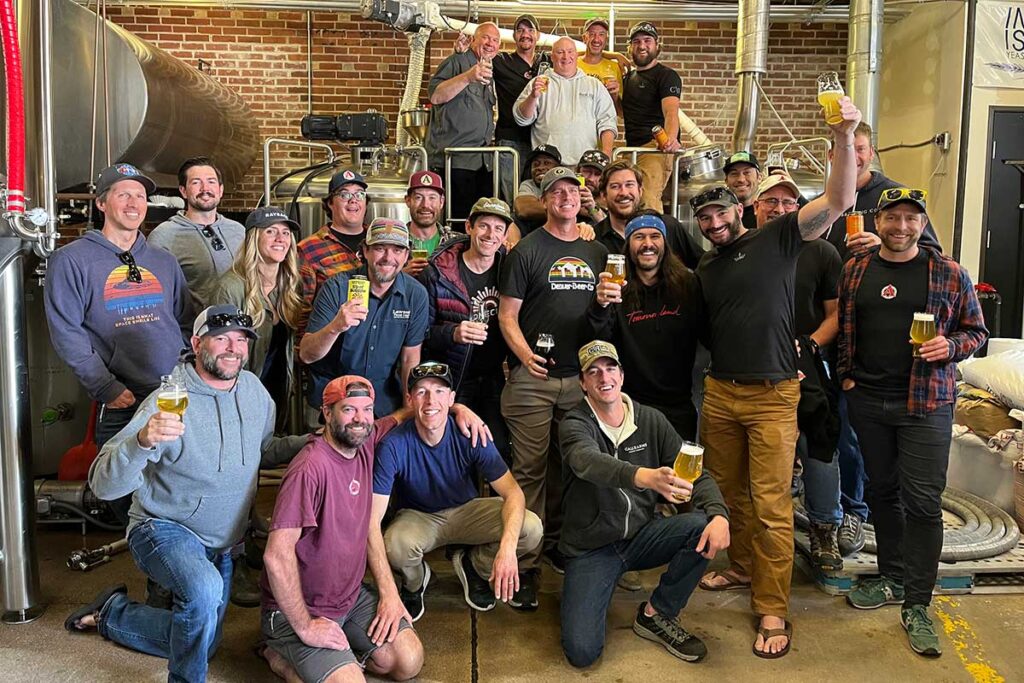 “This was a great opportunity for all of us to get back together, make beer together, reminisce about making beer in several storage units in the Alley, which is what we did. We even had people flying in from both coasts, California and Vermont. Adam [Avery] was able to make it. It was amazing.”

The group brewed a 6.3%, fruit-forward, tart, tropical IPA. It was made with citra, waimea, galaxy, cashmere, and riwaka hops. The beer is currently available in 16 oz cans and in draft at breweries. Craft beer fans can view a video of the day at: https://f.io/pf1bIOGX