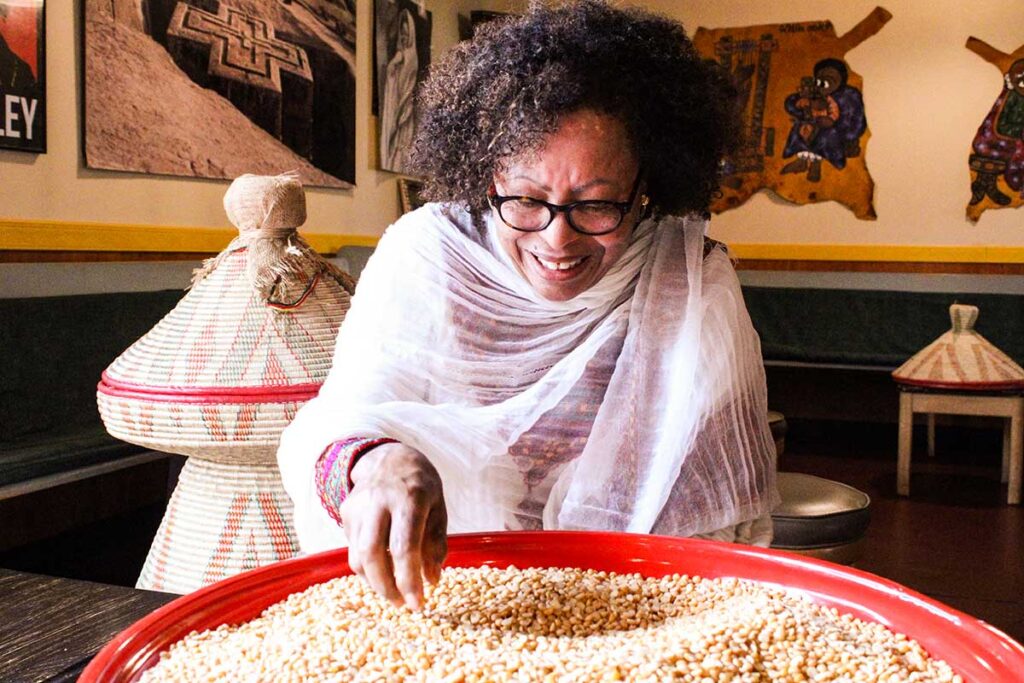 When I first met Tshe Hailu last year, she impressed me as intuitive, with a love of feeding people and love of family. That thought was confirmed when I asked an early-interview question about why she made the decision to own a restaurant. After my question, she did something no other chef has done before.

“Once I start, I get really giggly,” she confessed before continuing to talk. “Lately, I’ve been emotional when long term customers have been coming in and telling the story about how they first came into the restaurant, and then they bring their kids. Customers were here when they were single and how they are bringing their families to my place. That really takes me back.”

There are a lot of years that Hailu can reflect on. She first served customers in 1988 in Boulder and then was forced by redevelopment to move to a second bricks-and mortar location, as well as a takeout-only spot. Then, finally, five years ago, she moved the restaurant to its next location on S. Public Rd in Lafayette where customers could dine in person with each other.

Diners welcomed the move, but change over the years isn’t easy for any restaurant owner. Ras Kassas’ latest move proved particularly taxing. “It was something else,” she said, “Twenty nine, 28 years and then looking for a new place. Deciding whether or not we continue. I’ve done the same thing over, and then here comes a time when I’m asking if I should continue? Or do I walk out? But what else could I have done? There was nothing else.”

Customers appreciate how she’s stuck with it. When they come, they choose from Assa, Ethiopian-style Rocky Mountain red trout, the spicy Keiy Wot, or a range of vegetarian dishes including Kik Alecha, a split pea stew in turmeric sauce. 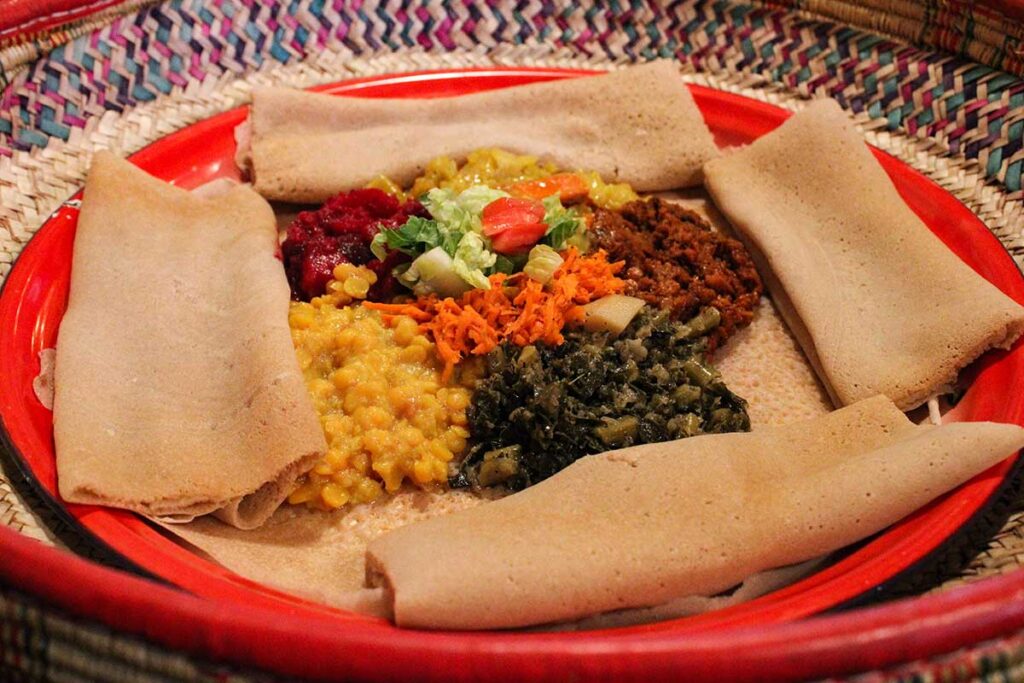 When I asked Hailu what she loves to cook, she shifted the conversation to the dishes she’s made throughout the years; vegetarian dishes, her meat plates, and breads. She’s made these consistently since she first started out, things that she learned to make when she was at her home in Ethiopia with her large family. Her home kitchen was her cooking school.

“You see the family cooking, the taste of it, the smell of it and how it is served over and over. Then you just basically apply what you see. And everything goes with it, your life, your culture, your family, your country.”

Though she has a deep love for her home country, she came to the U.S. to follow her sister who moved here to enter school. She settled in Boulder and worked for a while before opening her restaurant. She appreciates the area and the community she has found here.

At the end of our talk, we approached a question she really couldn’t answer. It was about what she sees for the future of her restaurant. “Many many years ago, a friend asked me, ‘what do you want?’ I could not answer that question. It was the hardest question ever asked to me,” she said.

Whatever it is that she finds for her future, and however long she continues cooking, it appears that diners will take their spot at her table as long as she will serve them.

There’s possibly even a future possibility where the children of her first customers, who she treasures now,  will bring their own children. That would be another generational milestone, and, after talking with her, feels like something she’d treasure.