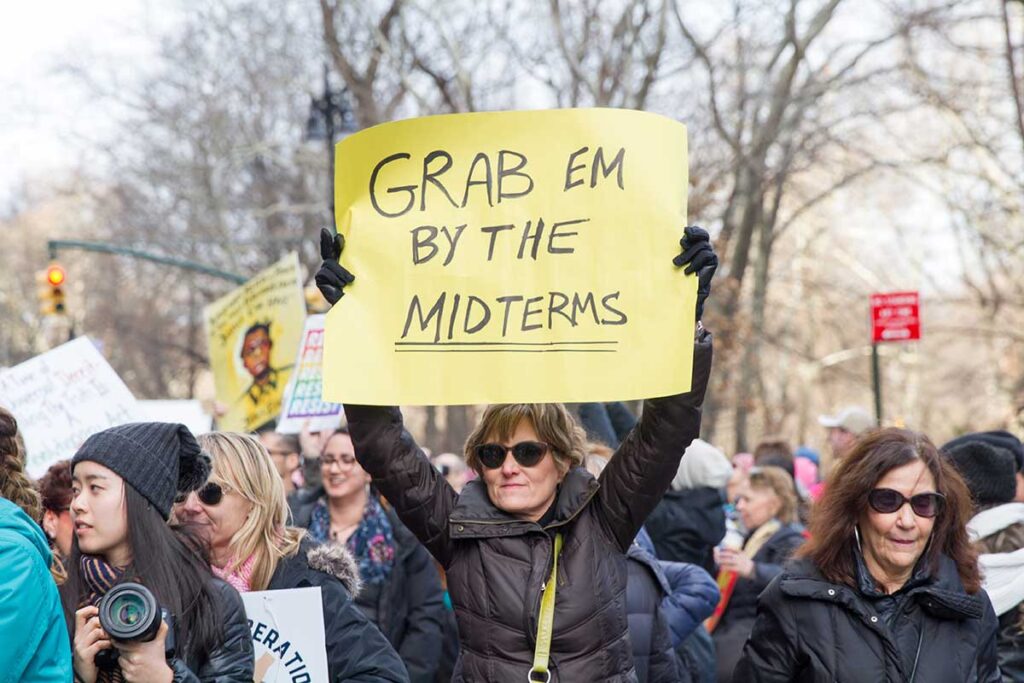 Women voters age 50 and older have not decided which candidates to support in November’s midterm elections, and the direction they choose could determine the balance of power in Congress and statehouses around the country, according to recent polls.

Margie Omero, principal at the GBAO polling firm and a member of a bipartisan team commissioned by AARP to study the electorate, said women across the political spectrum are very concerned about deepening political polarization getting in the way of solving problems.

“And it’s something honestly we hear from Democrats and Republicans and independents,” Omero reported. “It’s almost the thing that unites us as a country, this worry that we’re divided.”

Surveyors found the top issues for women voters age 50 and older include the day-to-day experience of rising prices. But by more than a two-to-one margin, women surveyed said they would vote for a candidate who is willing to work together to get things done, even if the result is an occasional compromise.

Significant majorities give elected officials D and F grades on issues including prices rising faster than income, the cost of health care and prescription drugs, and the wage gap between rich and poor. Omero pointed out women also report experiencing lingering impacts of the global pandemic.

“Large numbers of women, about a third, said that they had been experiencing depression, grief, worries about family members getting ill, caregiving pressures, mental-health challenges during the pandemic,” Omero outlined.

The AARP survey was completed before Roe v Wade was overturned. Separate polling analysis by Tufts University suggests the Supreme Court decision will bring younger women to the polls in November in greater numbers.

Omero noted women always have played an important role in election outcomes, and expects this election to be no different.

“Older voters, in general, are reliable voters,” Omero explained. “This is a group that’s important to pay attention to, because they vote, and they haven’t decided yet.”