Ditches are a vanishing paradise 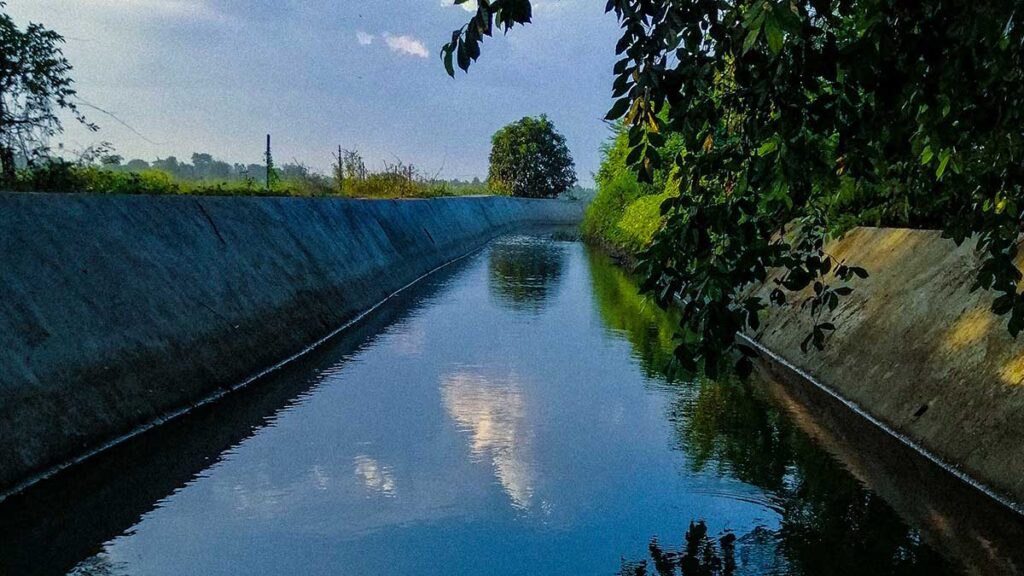 Annette Choszczyk lives in rural western Colorado these days, but when she was a kid, the Highline Canal in Denver was her summer paradise.

“To us, it was river and a playground, complete with rope swings, swimming holes, crawdads and a trail alongside it that adults and kids could walk on to the foothills or far out into the prairie.” They always called it a ditch, this 71-mile-long canal that carried water all over Denver.

Throughout the West, thousands of ditches that snake for miles through semi-arid country are nothing less than beloved. They add living green corridors to walk or bike along, impromptu wetlands frequented by birds, and always, a respite from summer heat.

The result: Dry trails, disappearing wetlands and the end of a rural and urban amenity.

Many people mourn the loss. “With less water we have to figure out how to try to retain the best of what we value the most,” says John Fleck, a water researcher at the University of New Mexico’s Utton Center. He says the Griego Lateral, in Albuquerque, that he regularly bikes along, was built in 1708, and during the COVID lockdown, the ditch bank was mobbed with bikers and walkers desperate to get outdoors. “There is incredible value in these ditches,” he says.

But Fleck points out that we’re confronted by difficult choices: “How much water do we keep in rivers and which ditches do we save?” Any loss can be painful, and in a blog post, Fleck said simply: “I love living near a ditch.” You could say of Cary Denison, former project coordinator for Trout Unlimited and an irrigator, that he was born in irrigation boots. “In western Colorado, my dad was the superintendent of the Fire Mountain Canal,” he says, “and my first job was irrigating.” These days, though, Denison thinks rivers get shortchanged because too much water gets diverted into ditches.

“Then a river suffers,” he says. “We need to maintain enough water in the river for fish and plant life.”

Dennison recalls a startling moment as he irrigated family property outside of Hotchkiss, Co. The gated 12-inch pipe was clogged, so he and his brother began cleaning it out, expecting a mass of leaves and twigs. But the clog turned out to be the biggest brown trout — “and I fished almost daily,” he says — that he’d ever seen. That fish had come a long way. Their property was nine miles from the diversion where the river was sweeping almost entirely into the ditch.

These days Dennison is an irrigator himself and lives in the town of Ridgway. But he recalls that giant brown trout as “a day where irrigators should have taken less.” The experience led Denison toward his work in conservation: “We need to take only the water from rivers we absolutely need.”

Fleck and other students of the Colorado River see a time coming soon when many water diversions will cease because of their lower priority dates. Some ditches are already dry, as the water gets left in the river for the Lower Basin states of Arizona, Nevada and California. These states share the river equally with the Upper Basin states of Colorado, Utah, New Mexico and Wyoming, where the river begins and gathers strength.

Over centuries, says Fleck, “one of the things that we’ve done in all these Western landscapes is to narrow the river itself with levees and dams and control it in a narrow channel. And we’ve distributed water across the floodplain through ditches. It’s this huge rich, complex social and cultural ecosystem that we’ve all lived in for hundreds of years.”

But increasing aridity is already changing that pattern. Earlier this summer, Choszczyk, who now lives in western Colorado, mourned the loss of some of her local ditches as they got piped, ending the riparian ribbon that enhanced her neighborhood.

“Generations of children will have poorer childhoods because they will never have a ‘wild’ place along a ditch to explore,” she says.

It’s hard to love a semi-desert once you’ve come to appreciate the wonders that a ditch can bring.

Dave Marston is publisher of Writers on the Range, writersontherange.org, an independent nonprofit dedicated to lively discussion about the West.