Business as usual for the Colorado River 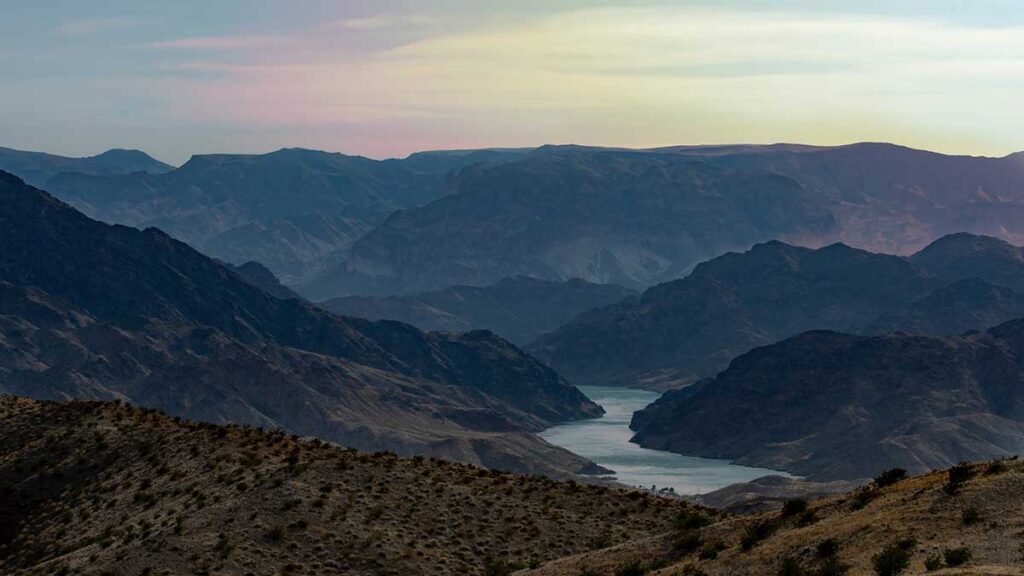 By Dave Marston | Writers on the Range (via AP Storyshare)

It seemed inevitable that the dwindling Colorado River would be divvied up by the federal Bureau of Reclamation. On June 14, BuRec gave the seven states in the Colorado River compact just 60 days to find a way to cut their total water usage by up to 4 million acre-feet. No plans emerged.

But surprisingly, BuRec’s August 16 press release imposed no new cuts on states, instead affirming cuts mandated under 2007 and 2019 agreements. Nevada and Mexico took minor losses and Arizona emerged as the first big loser.

Here’s a question the Upper Basin states seem inclined to ask: If the 1922 Colorado River Compact parceling out the river’s water is the law, shouldn’t California face major cuts? After all, California’s huge allotment of 4.4 million acre-feet lately equals the entire consumption of the four Upper Basin states, and its allotment is also junior to almost 1 million acre-feet of tribal water.

Thanks to a 1931 seven-party agreement, California established a pecking order of priority for each of its water users. Massive districts such as Palo Verde and the Imperial Valley Irrigation District have priority over the Metropolitan Water District, which brings drinking water to 19 million people in Los Angeles and Southern California. The state has a structure, but no plan for serious savings.

Where might other water cuts be found? Colorado’s 1876 constitution ranked municipal water over agriculture, making it tough to dry up cities like Colorado Springs or Aurora, even though their water rights are junior. But residents might see incentives for tearing out lawns, along with programs for water reuse and much higher water rates.

In rural Colorado, there isn’t much water available to conserve. The largest irrigation district in the Upper Basin, the 500,000 acre-feet Uncompahgre Valley Water Users Association, already took a150,000 acre-feet cut this year because of a light snowpack.

Pope, as well as many others in agriculture, views a desert city like Phoenix — which grew on the false promises of reliable water — as an existential threat to farming communities.

“Are we going to water a field that produces some sort of a crop, or do we water a golf course or a median?” asks Pope. “What’s the benefit of a lawn?”

What the federal government can’t touch for now is any Upper Basin irrigation project created before the signing of the Colorado River Compact in 1922. In Colorado, a spreadsheet compiled by the state’s Division of Water Resources tells what projects, by date, risk losing water. Some Western slope irrigators are vulnerable because the water rights they’re using were bought by municipalities only recently, intending them for future growth.

Many Colorado irrigators on private ditches are lucky to have so-called “perfected” rights dating from the late 1800s. To snag water from these irrigators, it’s likely to be all carrot and no stick. But rather than taking payments for not irrigating, says Pope, “we would be more concerned with system efficiency and improvements.”

The Inflation Reduction Act provides $4 billion to Colorado River water users for just this kind of conservation. Meanwhile, Colorado is the only Upper Basin state that seriously tested paying irrigators to fallow their land or reduce irrigation by half. But ceasing to irrigate farms involves risks.

After a couple of dry years hay fields can bounce back, landowners report, but anything more than that leaves bare dirt and dust in the air.

For now, BuRec seems to be following its plans and hoping for the best, which means emergency cuts might be drastic. As John Weisheit of Utah-based Living Rivers sees it, BuRec made a mistake when it told the seven Basin states of the Colorado River to find 2 to 4 million acre-feet to do without.

“The cuts,” he says, “should go even deeper, up to 6 million acre-feet. The need is to that point.”

Dave Marston is the publisher of Writers on the Range, writersontherange.org, an independent nonprofit dedicated to spurring lively conversation about the West.