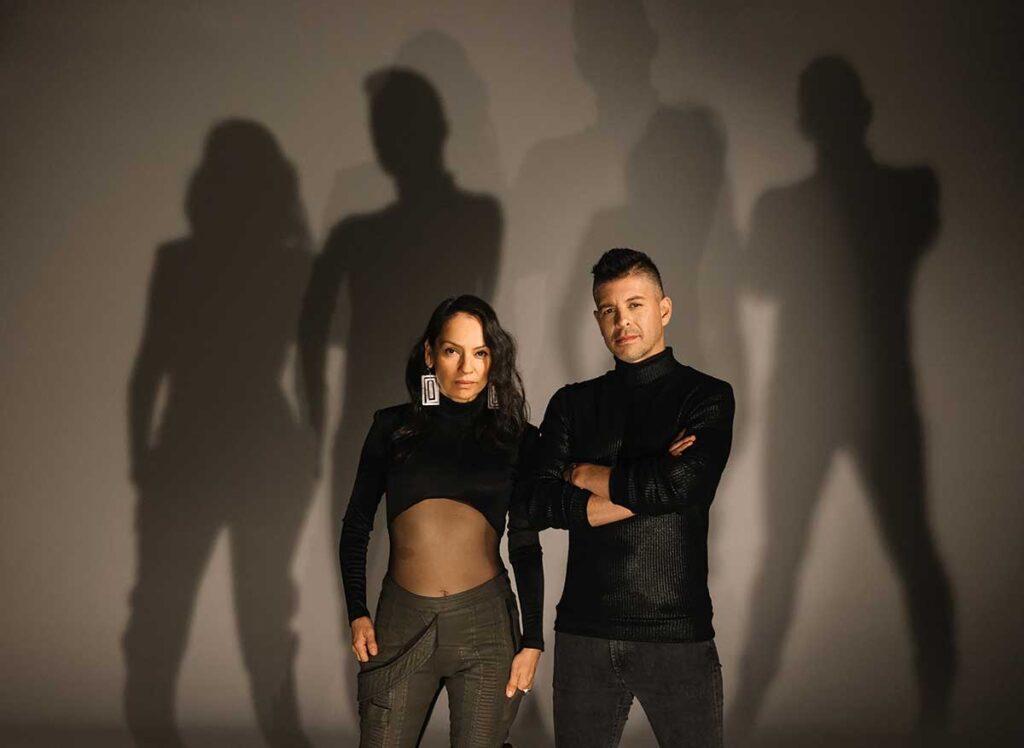 Nuevo Flamenco act Rodrigo y Gabriela is a study in dichotomies — the Latin-steeped band got its start in Dublin, considers themselves heavy metal artists, and manages to crossover into any audience put in front of them. They’re a testament to how virtuosity blended with sheer, unadulterated passion becomes inescapably infectious to anyone lucky enough to see them live! Here, the duo — currently touring across the nation — talks about winning a Grammy, covering Metallica, and why they eschew the term “nuevo flamenco.”

French Davis: Tell us about this tour — how it came together, what it’s like after the last two years regarding COVID restrictions, etc.
Rodrigo y Gabriela: We just wanted to close the year in the states, and just finished our first European tour post covid and felt incredible, hope this short run is something we all can enjoy.

FD:  Mettavolution dropped right in Spring of 2019 and won you a much-deserved Grammy for best instrumental album. What was the experience like to win a Grammy? What did it mean to you?
RG: It is an incredible achievement because of the nature of the duo to be recognized in such a way. We are grateful; we never have done music in order to get awards but it definitely gave our egos some kind of conditioned happiness! Last year we were nominated for best cover version for Metallica’s “Struggle Within” and we didn’t win it! And for a minute our egos were “sad,” but then you realize that it’s just a game for musicians, winning or not winning a Grammy doesn’t make you a better or worse musician, it’s great either way — it’s great if you win it or if you don’t, now we’ve been on both sides. Life is good and easier when you put no resistance to anything and accept the things the way they are.

FD: You recorded a fantastic cover of Metallica’s “The Struggle Within” for The Metallica Blacklist album that dropped last fall. Why that particular song — did you choose that one or was it assigned to you? And how did the arrangement process come together for you?
RG: Metallica asked us specifically for that, in fact they gave us that song exclusively (no other band covered it) and was the only song covered only by one band. We did what we always do when we cover songs, we try to be as faithful to the original and let the acoustic sound do the trick. 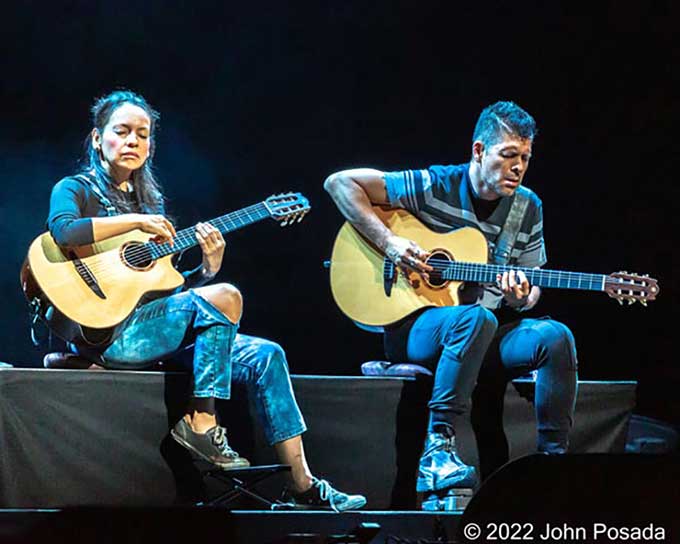 FD: It’s interesting to see a nuevo flamenco duo have such a universal cross-over appeal. Your music seems to resonate with everyone who hears it. Why do you think that is?
RG: Flamenco is great and it’s almost ritualistic. It has its own very special technique and rhythms to play and it’s incredibly challenging and specific. We never even attempted to do so. We were used to hearing those questions 20 years ago while living in Ireland. It’s understandable people confused two Mexicans playing nylon string guitars (not flamenco guitars, which are very specifically made), but real extraordinary flamenco players normally are from Spain, it’s in their blood, you have to grow within that culture if you want to understand it thoroughly. Our good friend Vicente Amigo is probably Paco de Lucia’s successor, and if you want to listen to real flamenco, then you have to go that road. Nuevo flamenco is a label I think was invented or assigned to people who loved flamenco and kind of got the technique nailed but made it easier for the listener, a lot of Rumba sound etc. Paco de Lucía really disliked that term, because it had nothing to do with real flamenco. We’re far from flamenco and nuevo flamenco. We come from a metal background and play instrumental acoustic and sometimes, like on the Mettavolution album, electric guitars!

FD: As we crawl — albeit slowly — out of the pandemic, how do you think the last two years have impacted the industry? What are some things you’ve learned as you’ve navigated this turbulent period?
RG: It has created more chances of exposure specially for the younger bands that don’t want to tour that much and are more inclined to get more followers on their social media platforms and grow their careers that way.

For the old-school bands like us we are just so happy to be able to tour again and hopefully don’t have to see this kind of thing ever again, although it’ll probably happen again at some point, hopefully not soon though.

FD: Colorado’s known for having a strong and eclectic music scene, and you’ve played here a number of times. What is it about playing here that keeps you coming back?
RG: Colorado has always been a top state for us to play, I don’t know why! People are very open and wild, just like our music 🙂

FD: What’s next? What projects do you have planned after this tour?
RG: Early 2023: a new album! And hopefully lots of touring?!