DENVER — “I mean we’ve probably submitted 50 to 60 applications, somewhere in there and that’s like, that’s ballpark,” said Chris Byard, a Colorado resident of 12 years. He and his girlfriend, Steph Slaughter, decided to find a place together this summer. Slaughter was reaching the end of her lease in August, so the couple decided to get more serious about their home search at the beginning of the summer.

“I’ve moved, what? Maybe two to three times in the past five to six years, and it usually takes me about a month,” said Byard. “Whenever I found a place that I did like and submit an application, I got it.”

That was not the case this time around.

“It’s the most stressful thing I’ve gone through in the past six months,” Byard said.

He and Slaughter spent about two or three months  — including any spare moment they had — concerned with finding a place to rent. With a $2,600 to $2,800 budget, they were looking for a two bedroom, one bath house with a backyard since they both have dogs. Byard has steady income and Slaughter is a nursing student who has saved up as much money as possible for living expenses. Their issues didn’t start with their initial searches.

“There’s actually quite a bit out there. It’s just a matter of actually getting it,” Slaughter said.

When you ask the couple about the stories they’ve accumulated over this journey, they look at each other and laugh.

“So the emotions, I guess, rollercoaster,” said Byard with a laugh. 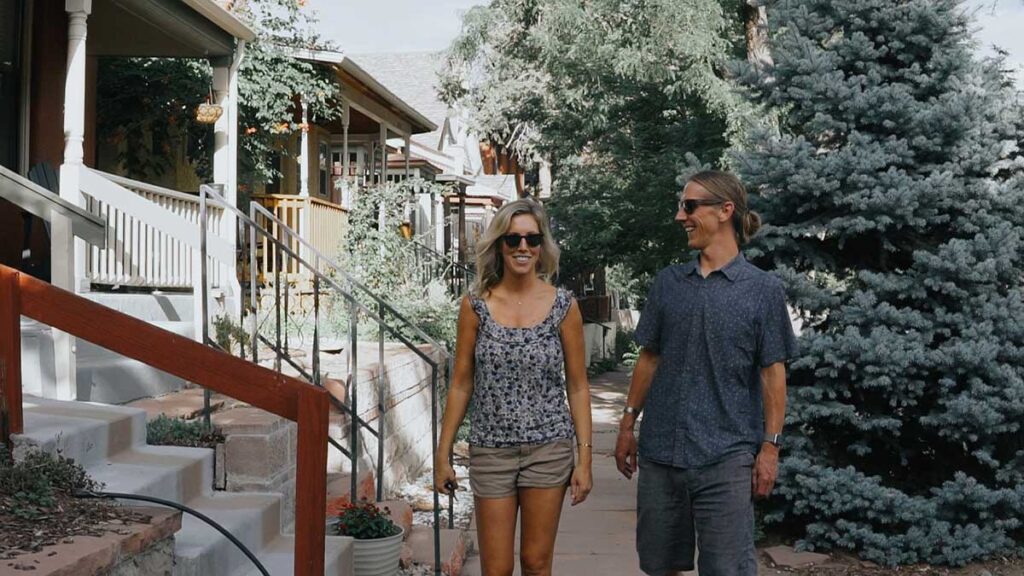 One of their more infamous stories was at a property in the Lower Highlands neighborhood, in Denver’s Northside. The first shocking part to them was when Byard said they saw the property originally listed online for $2,600 and within the time for a short debate; it was taken down. The next day he said it was listed again for $100 more per month.

Still, it was within their budget so Byard and Slaughter applied again and viewed the property in the quickest way possible — virtually. They liked the property and submitted an application. Within a few days, the landlord responded saying they were among the top candidates and asked for them to provide their best offer including “rent, term, etc.”

“I think we both started laughing because it just seemed so outrageous to hear something like that,” said Byard.

They realized they were essentially in a bidding war for a rental, something they’ve heard about in New York but never here in Denver. They didn’t want to get involved in that for just a rental property, as opposed to now-common bidding wars for owning homes in the area.

“And I just explained, ‘As renters we have nothing to gain by offering you more money for what you listed as.’ And I was like, ‘But what we can offer you is the peace of mind of responsible tenants ‘cause that’s priceless.’ And needless to say we did … not move forward with that.

For Slaughter, the more frustrating part of their 2022 summer search was never really knowing why they weren’t picked for a rental property. She compares it to what it can be like to date these days.

“It seemed like you both really liked each other, and then they just ghost you or, like, they finally get back to you and they say, ‘Oh, we went with someone else.’ And you’re like, ‘But why? What was wrong with us?’” she explained.

That is exactly why one of the most anxiety-inducing application and denial moments for her was when she decided not to let a rental agency ghost her. Slaughter said they were one of the first ones to view and apply when this property became available. Then they didn’t hear back for three or four days and finally received an email saying the property went with a stronger candidate.

“And so I got the guy on the phone and basically started crying at that point, which I’m not proud of, but it just happened,” she told Rocky Mountain PBS with a laugh.

“And I was asking why. And he said, ‘Because we didn’t have three months times the monthly rent in pay stubs that they went with a stronger applicant. Even though I have savings, I’m in nursing school, a second degree student, very responsible in my 30s … great credit scores, all the things. And because we didn’t have those pay stubs, they went with someone who had more money.”

At the same time, Slaughter and Byard battled against other renters, Slaughter’s lease ended and she was forced to pay month-to-month, increasing her rent by about $700. Slaughter thinks the price increase with a month-to-month lease is another unfair practice in the rental market. 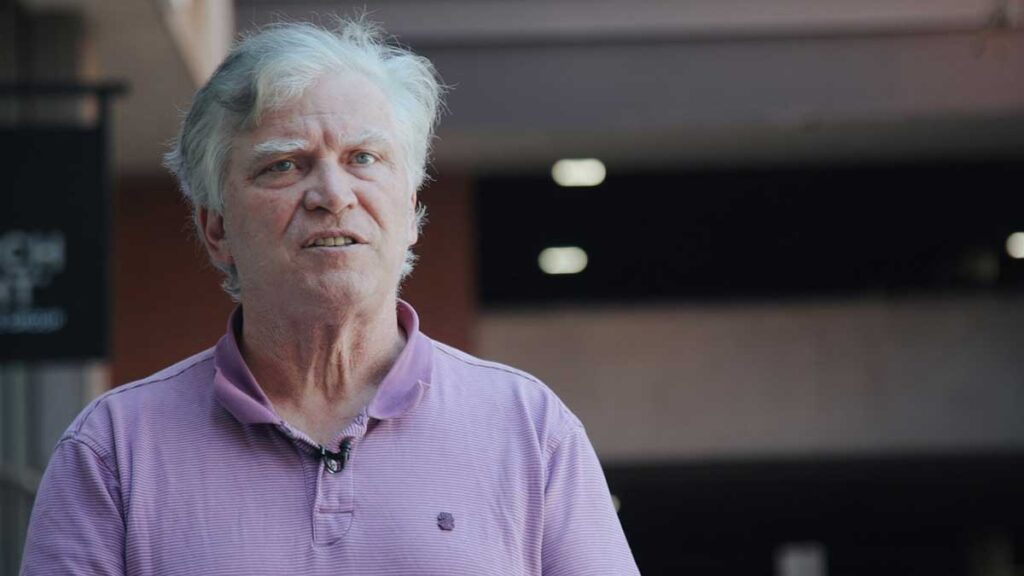 The current rental market, by the numbers

The second quarter’s report published at the beginning of the month shows rents are continuing to increase to an average of $1,859.51. That is an increase of nearly $94 from just the previous quarter.

“That’s a big increase, but seasonally, that’s not unexpected to have,” said Throupe. “We tend to have our rent increases and then we sort of fade out in the fall/winter, and then we recycle again the following year.”

Part of why Denver is experiencing a “tight” rental market, according to Throupe, is the continuing popularity of the city.

“Denver has become a … let’s call it a ‘found city’ in the last five years and is very attracted to move here for people,” said Throupe. “I tell people Denver’s no longer the cow town.”

Another element to consider is the recent increases to mortgage rates, which are predicted to continue to rise. As mortgage rates go up (and, therefore, monthly prices), those who were close to being able to buy a home may decide to stay in a rental for a while longer, therefore keeping the market tight.

The rental report also showed that in the second quarter, just more than 4,000 apartment units were added to the city’s inventory. Overall, Throupe didn’t express concern over the rental market in Denver and again pointed to the reality of the growing city.

“Do I worry about prices going up too fast? Well, you put it in perspective: those who have been here a long time think it’s incredible, right? But for those that have been other places, especially the coasts, they don’t think so,” explained Throupe. 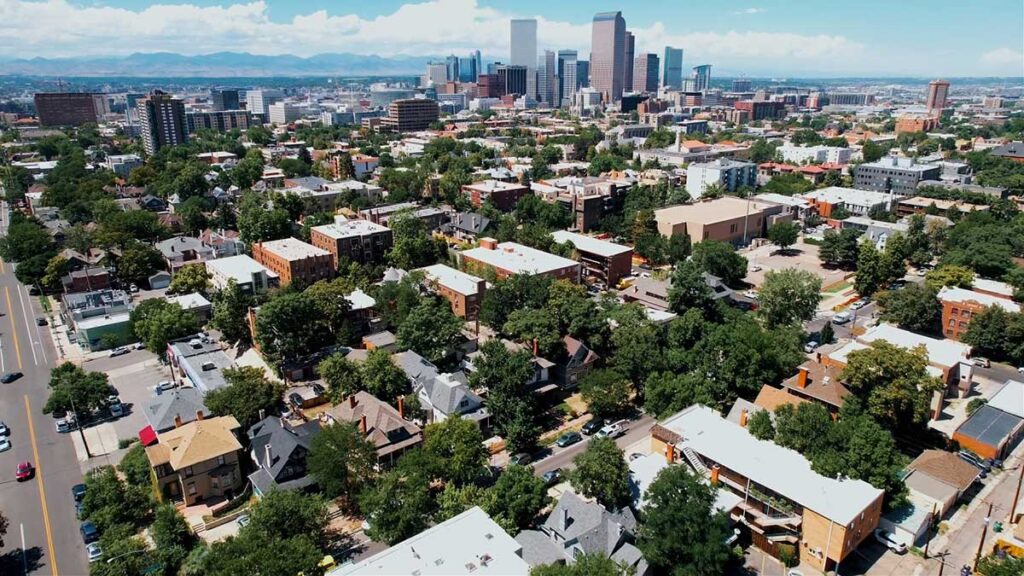 The latest quarterly Denver-area rental market report shows rents are continuing to increase to an average of $1,859.51. That is an increase of nearly $94 from just the previous quarter. Photo courtesy of Rocky Mountain Public Media

“To me [it] almost seems illegal, like it just seems discriminatory,” Slaughter said with exhaustion after she heard they weren’t picked for a rental because of lack of pay stubs.

Colorado, like the entire country, has fair housing laws that have been updated and revised since they were first instituted decades ago. Colorado was the first in the nation to pass anti-discrimination laws governing private property in 1959, before the signing of the federal Fair Housing Act in 1968.

Despite being the first to pass such laws, housing in Denver was restricted as realtors and bankers worked together to segregate Black homeowners in the Five Points and Capitol Hill neighborhoods. In the meantime, white homeowners used their privilege of mobility to create distance.

Colorado’s current fair housing laws do not allow for discrimination against protected classes with now include race, creed, color, religion, sexual orientation, marital status, national original, source of income and others. The laws also define a number of unfair practices like refusal to rent or sell or applying unequal terms.

If someone does feel unfairly treated or believes something illegal has occurred, they can file a complaint with the Department of Regulatory Agencies (DORA) Colorado Civil Rights Division (CCRD). However, the burden mostly rests on the individual to file a complaint. The Denver Metro Fair Housing Center is a nonprofit focused on eliminating housing discrimination by educating Denver-area residents and conducting investigations.

Still, rental agencies and private owners have a lot of leeway to increase prices fairly when the market is as it is.

“Every lease is a negotiation,” said Throupe. “They can negotiate any number they want … if they sense the market is tight or they only have one unit left and they’re in a prime area — yeah, they’re gonna move the rent.” 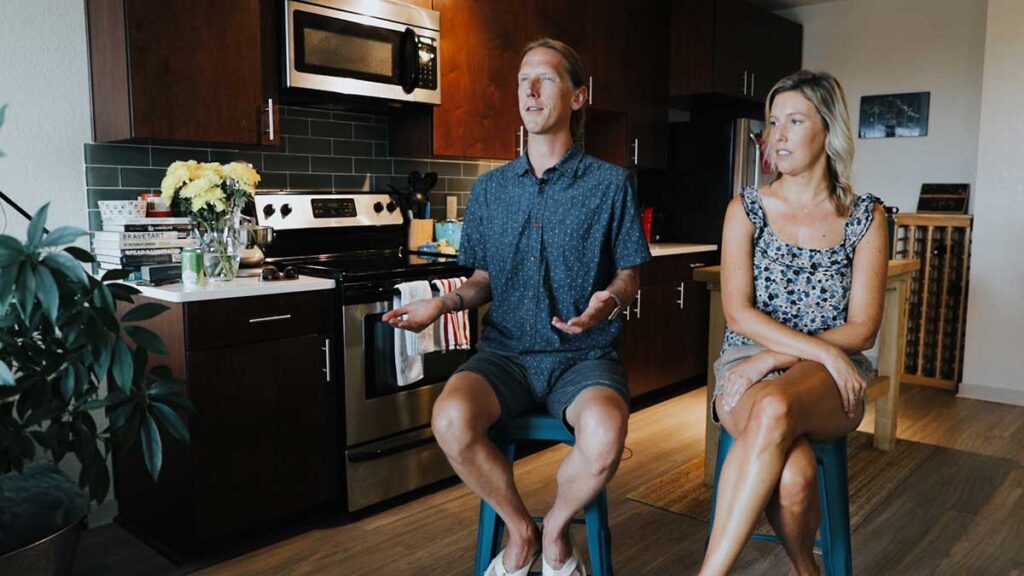 Steph Slaughter and Chris Byard were outraged at the countless hours and money they spent applying for dozens of rental properties in Denver this summer as the rental market tightened. Photo courtesy of Rocky Mountain Public Media

After experiencing the most stressful search for a place to rent in Denver Steph Slaughter and Chris Byard had ever gone through, they took to social media.

Byard helps cohost a local podcast, Stoned Appetit, and shared his bidding war woes with their Instagram followers. Hundreds of people empathized with Byard and Slaughter and dozens responded with similar stories or comments on the rental market. The posting also finally ended Slaughter and Byard’s search for a place.

“It’s through a friend who actually saw the posting about it on Instagram, and she has a rental property that they bought like 10 years ago here in Denver. And now they’ve moved out to the suburbs, and it just happened to be available,” said Slaughter. “It was really the luck of the draw.”

Now set on their place within their price range, the couple plans to move into the property soon and still feel sorry for the many others out there still trying to find a place, especially those who may have other barriers to face.

“I can’t imagine people that have gone into debt with the pandemic and now try to rent because they can no longer afford the apartment they’re in then their credit scores lower,” said Slaughter. “I can only imagine those hurdles.”

For Byard, he is most worried about continuing gentrification and the pricing out of people from the neighborhoods they’ve come to settle in and truly make a home.

“I don’t think people should have to make that big of a sacrifice that they’ve lived here for so long, and now they’re just saying, like, ‘Oh my gosh, I really can’t afford this,’” said Byard. “That displaces you from the community you’ve been involved with.”

For this couple, their advice for people in search of a rental is ultimately to turn to their community. 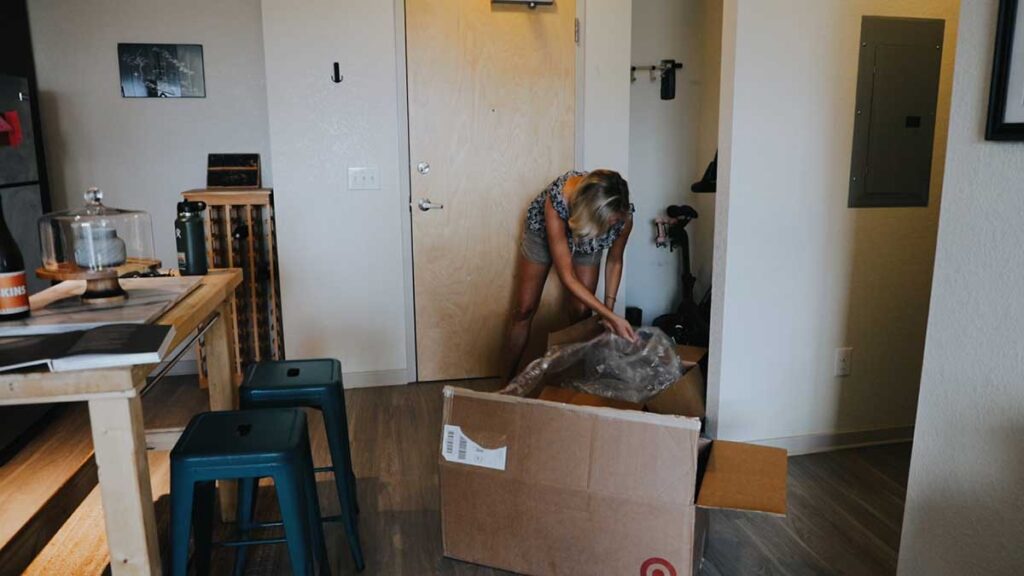 Steph Slaughter packs her belongings to prepare for a move after months of searching. Photo courtesy of Rocky Mountain Public Media