BOULDER, CO – Out Boulder County will award Josie Heath and Margaret Katz Cann the 2022 Changemaker Awards for their groundbreaking leadership on behalf of LGBTQ equality and inclusion at the 2022 Gayla on Saturday, October 8, 2022 at the St. Julien Hotel Terrace in Boulder. Josie Health and Margaret Katz Cann are powerful examples of what leaders who are committed to equality can do to create a better world for LGBTQ people.

“After the passage of Amendment 2 in 1992, members of the LGBTQ community in Boulder County and Colorado felt doors closing. Margaret’s efforts at the Community Foundation Boulder County led to the creation of the Open Door Fund, one of the first LGBTQ focused grant funds in the country,” said Mardi Moore, Executive Director of Out Boulder County. “Boulder Pride was one of the first organizations to receive important financial support from the Open Door Fund. Without this investment and their ongoing support the organization we know today as Out Boulder County might not exist. 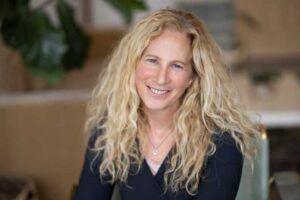 Margaret Katz Cann joined the Community Foundation Boulder County after writing the grant proposal for the grant that seeded the Open Door Fund. She went on to spend 22 years helping to grow the Community Foundation Boulder County. She is a Professional Co-Active Coach (CPCC, PCC) who specializes in leadership and fundraising coaching, board training and consulting. Margaret is passionate about the intersection of coaching with fundraising and works with nonprofit leaders to connect to passion and leadership to do compelling fundraising. Prior to falling in love with fundraising, Margaret worked as a journalist. 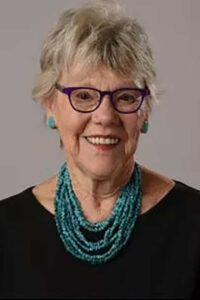 “From the start of her 21 year tenure with the Community Foundation Boulder County, Josie Heath’s leadership ensured they were fully inclusive of LGBTQ people. Her willingness to create the Open Door Fund was groundbreaking and a possibly controversial decision that has shown lasting impact for LGBTQ people in Boulder County, said Mardi Moore, Executive Director of Out Boulder County. “

After the discriminatory Amendment 2 passed in Colorado, under Josie Heath’s leadership at the Community Foundation, the Open Door Fund Endowment was created. For 21 years Josie Heath served as President of Community Foundation Boulder County guiding meaningful and strategic investments that have transformed Boulder County. Currently, Josie is a Commissioner for the Colorado State Land Board. She has been an invited speaker at the White House, served two federal administrations, was one of the co-founders of the Women’s Foundation of Colorado, has been inducted into the Colorado Women’s Hall of Fame, founded the Mile High Youth Corps, was a candidate for the United States Senate and served eight years as a Boulder County Commissioner. Josie has been and continues to be a friend of many and an active ally of the LGBTQ+ community.

For over 25 years Boulder County has been the location for The GAYLA, formerly known as The Open Door Fund Dinner. The evening brings together hundreds of local community members, government officials and non-profit and corporate partners to fundraise to support the services and programs that Out Boulder County provides to the LGBTQ+ community in Boulder and beyond. This year’s Gayla will include remarks on mental health and addiction  from songwriter and performer, Paul Williams. Paul Williams has won an Oscar, three Grammy Awards, two Golden Globe Awards and been inducted into the Songwriters Hall of Fame.

Photos of the 2021 Gayla, this year’s Changemaker Award Winners and special guest, Paul Williams can be found here.

More information about the 2022 Gayla can be found here.

About Out Boulder County

Working independently and in collaboration, we facilitate connection, advocacy, education, research and programs to ensure LGBTQ+ people and communities thrive in Boulder County and beyond.www.outboulder.org.