(Community Corner is provided as local contributions from experts in their field as well as local residents.) 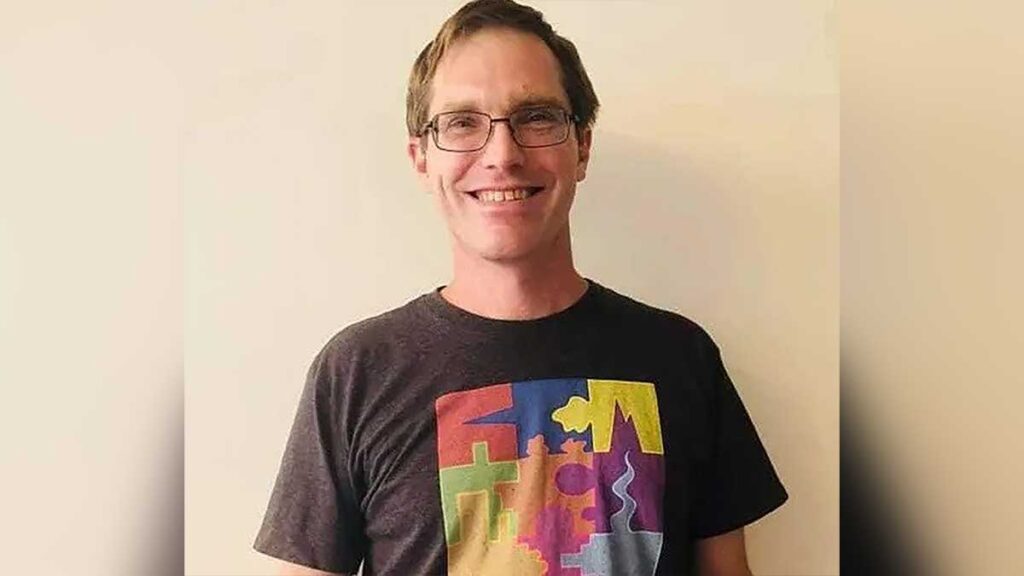 On October 10, the Colorado League of Women Voters hosted a candidate forum with all six candidates for Secretary of State. Unity Party candidate Gary Swing was one of them. Below are his answers to the questions asked during the forum.

I’m a spokesperson for the group Best Democracy and I’ve been an advocate for proportional representation since 1993.

We live in a nation that was built on a foundation of slavery, genocide, and white supremacy. Seventy-three percent of the men who signed the Declaration of Independence were slave holders. The US Constitution was voted on by 38 rich white men. Most of them had slaves. The US Constitution originally excluded ninety-four percent of the population from representation. Eighteen percent of the population was enslaved. We’ve made progress by abolishing slavery and segregation, and by expanding voting rights, but we still live under a political system that was designed to preserve slavery.

Today, 94 nations use proportional representation to secure fair, inclusive multi-party representation in their national legislatures. Each party wins seats in proportion to its share of the vote. While the United States is stuck with a two party system produced by archaic voting methods, post-apartheid South Africa has fourteen political parties in their national parliament. More than 98% of voters in South Africa are able to elect representatives of their choice. Colorado can lead the way forward to a fair and inclusive government by implementing proportional representation voting systems to elect our state legislature and our US Representatives.

2. What are your top priorities for the office and how would you integrate them in your first 100 days?

The purpose of my candidacy is to promote an open and inclusive political process. I support proportional representation for legislative elections. Countries that use proportional representation have better representation for women, racial minorities, and alternative parties in government. I advocate the repeal of unaffiliated candidate ballot access restrictions that were passed by the state legislature in 2019. The US has some of the world’s worst ballot access laws for independent candidates. Petition signature requirements should be vastly reduced for both citizen initiatives and candidates.

Candidates should have the option of paying a small filing fee rather than petitioning. I support online petitioning as an alternative to paper petitions, the inclusion of candidate statements in publicly funded voter education guides, and extension of the citizen initiative process to the county level for all 64 Colorado counties.

3. What is your opinion of the current integrity of elections?

Colorado elections are secure. However, the voting methods used in the United States are deeply flawed. Hillary Clinton and Al Gore won the popular vote for President. The Electoral College put Trump and Bush in office. The Electoral College and the US Senate are relics of slavery that grossly distort representation. They perpetuate over-representation for less populated conservative states that are predominately white. Nine states with over half of the US population elect just 18% of the US Senate.

Representation is for people, not for the “imaginary beings called states,” as James Wilson argued. US Presidential elections are the longest, most absurd, and most expensive elections in the world. The Electoral College and the US Senate should be abolished. We should represent people, not property. Each person should have equal voting rights.

4. What measures do you support to further secure elections and improve voter accessibility?

Elections are secure. This is a red herring used to distract voters. The real problems with our election system are distortions in representation due to the use of Single Member Districts and the use of restrictive ballot access laws to suppress candidates, parties, and ballot initiatives.

To improve voter accessibility we should increase drop box locations in each county, and consider prepaid ballot return envelopes, at least for areas of the state that are further than five miles from the nearest drop box.

Nineteen states and the District of Columbia use postage paid ballot return envelopes to facilitate voting by mail.

5. In 2020, turnout among BIPOC voters was almost 20 points lower than white voters. How will you increase voter registration and turnout rates among Coloradans of color?

6. Do you support or oppose the implementation of alternative voting methods in Colorado? Please explain.

I support the use of better voting methods. Everyone should have fair representation in government, not just the majority or plurality in single member districts.  I support hybrid proportional representation for legislative elections, as proposed by the group Best Democracy. This would combine a ranked single transferable vote in multi-member districts with an open party list to allocate seats proportionally. For single winner executive offices, alternative voting methods like instant runoff voting or approval voting can help ensure that the most popular candidate is elected.

A variety of voting methods use ranked ballots. People often use the term “ranked choice voting” to refer to instant runoff voting, which is a winner take all system. Instant runoff is okay for single winner executive offices, but it should not be used to elect multi-member legislatures or councils.

7. Is the rate of uncured ballots in Colorado a problem? If so, what would you do about it?

I don’t think this is a major problem. About half of one percent of all ballots cast in Colorado in 2016 and 2018 were rejected due to signature verification issues, with no impact on election outcomes. If election judges find that the signatures on mail in ballots don’t match the signatures on file, county clerks are responsible for sending each of those voters a letter to verify that the signature is theirs. Voters need to reply to the letter from the county clerk’s office promptly to verify their signature and have their vote counted. The rate of uncured ballots can be reduced by having a signature verification expert help train election judges and by sending multi-lingual signature verification letters. Voters can also have a witness sign their ballot return envelope to back up their own signature.

8. As Secretary of State, how would you promote proportional representation?

I support a proposal from the group Best Democracy to use Hybrid Proportional Representation to elect a larger, 185 member unicameral state legislature. Eighty percent of seats would be elected by single transferable vote from 22 seven member districts. Voters would rank candidates in their order of preference. The remaining 20% of representatives would be elected from open party lists. Overall, each party would win seats in proportion to its share of the party list vote. With a 3% threshold to win party list seats, almost all voters would elect representatives of their choice. Colorado would have about eight or nine parties in our legislature, not just two. Adopting proportional representation statewide requires a state constitutional amendment introduced by the state legislature or through a ballot initiative. As Secretary of State, I would help draft legislation for proportional representation and lobby for it.

I would like to repeal Duverge’s Law. Duverge’s Law is an observation in political science that winner take all elections in single member districts tend to produce a two party system. In practice, most winner take all elections take place in districts dominated by one party with no real competition. The outcome of most elections is predetermined by the demographics of the district. A Colorado College study found that 82% of Colorado counties have a one party system. A one party state is not a democracy.

As an alternative party candidate, I know I won’t be elected Secretary of State. To create a multi-party system where everyone is included, we need proportional representation in multi-member districts. We can’t repeal Duverge’s Law, but we can implement proportional representation to create legislatures that accurately reflect the political diversity of the population.

The legitimate purpose of elections is for people to elect candidates who represent their values. Never let anyone bully or intimidate you into voting for candidates you don’t support.

John Adams wrote that a “representative assembly… should be in miniature an exact portrait of the people at large. It should think, feel, reason and act like them.”

In 1994, Bishop Desmond Tutu said: “The system of proportional representation ensures that virtually every constituency in the country will have a hearing in the national and provincial legislatures.”

If you want fair, inclusive elections, tell your legislators you want proportional representation.