Olympian Allyson Felix Steps up to Fight for Maternal Protection 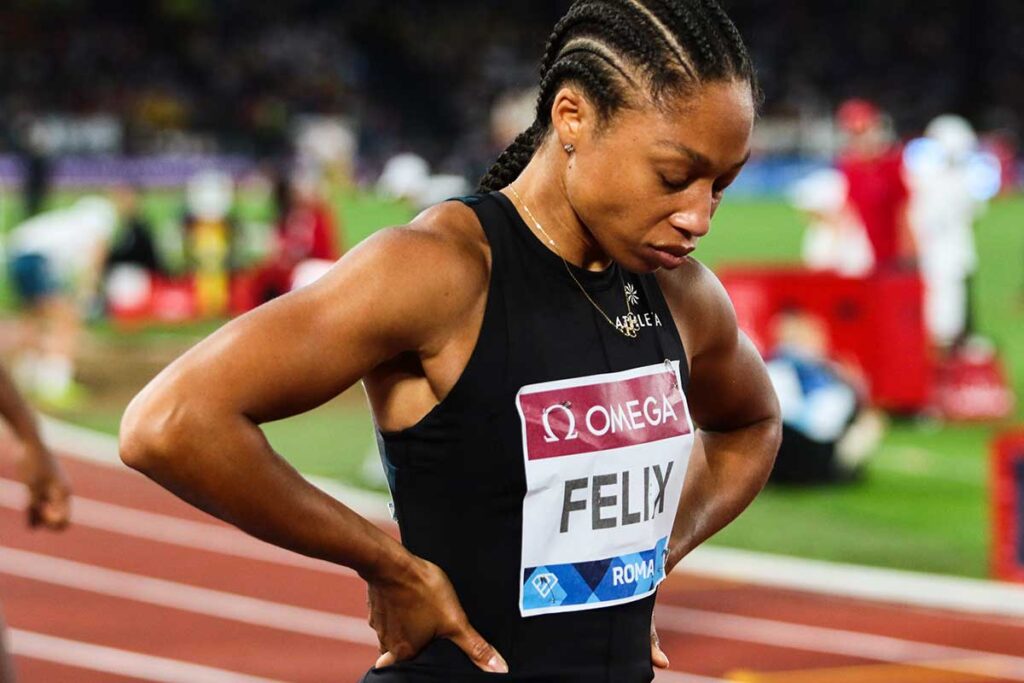 Allyson Felix, five-time U.S. Olympian in track and field, is soaring on a different track these days working to advance women’s rights for maternal protection. She shared her journey to this new life of advocacy most recently as the keynote speaker at the annual luncheon for the Women’s Foundation of Colorado at the Colorado Convention Center.

In front of a crowd of more than 1,800 people, and later in that paragraph: She trained six days a week, five hours a day. She was on top of her nutrition. She indeed found success in the 100-meter, 200-meter, 400-meter and 4×400-meter relay—becoming the most decorated American track and field athlete in Olympic history.

When she desired to have a family, she hit a wall.

She recalled not seeing a mother in her sport that was celebrated. She saw them losing sponsorships. She thought she had gotten to a safe place with Nike, her sponsor for almost a decade. When she was told she would get 70 percent less pay while building her family, she was prepared to deal with that.

But she also wanted time to get back to top form. That time and salary protection was not allotted for in her Nike contract. It hit her that she didn’t want this for her daughter’s generation.

Her brother recommended she write an op-ed for the New York Times, use her voice “even if it shakes.” On May 22, 2019, the publication ran her piece entitled, “Allyson Felix: My Own Nike Pregnancy Story.” Her op-ed followed an earlier piece they ran on May 12, 2019, by fellow Olympian Alysia Montaño entitled, “Nike Told Me to Dream Crazy, Until I Wanted a Baby.”

The fight for maternal protection had the national stage. Following the public controversy, Nike adjusted their maternal policy in August 2019, promising to not apply any performance-related salary reductions for 18 consecutive months, starting eight months before the due date.

Felix said it was incredible and heartbreaking how much work needed to be done. She told the crowd how proud she was of the Women’s Foundation of Colorado for their work and investment in women. The foundation’s mission is to catalyze the community to advance and accelerate economic opportunities for Colorado women and their families.

During her one-on-one interview on the stage with Craig Hospital President and CEO Jandel Allen-Davis, M.D., Felix shared more of her journey as a mom, business owner and advocate for women’s rights.

She explained that after leaving Nike in 2019, she faced her next Olympics with no running shoes. She explained how her brother —a male ally— encouraged her to create her own shoes. Saysh, co-founded by Felix and her brother, Wes, was soon a reality and she would eventually wear her own shoes in her fifth Olympics.

Soon after leaving Nike, she would also sign a clothing sponsorship deal with the Gap Inc.–owned apparel company Athleta in July 2019, becoming their first sponsored athlete.

Applauding Felix’s advocacy work, WFCO President and CEO Lauren Y. Casteel said, “We will not stay in our lane.”

Romi Bean, CBS4 sports anchor, who emceed the luncheon, referred to the Olympian as being at another level, making a difference for women..

Editor’s note: For more information about The Women’s Foundation of Colorado, visit www.wfco.org.