In the Pocket – Jazz History Retold at the Savoy Denver

Emancipation Theater Company in collaboration with Theatre Artibus present a new play In the Pocket: The Ballad of Bobby Trombone at the Savoy Denver (2700 Arapahoe Street. Denver, CO, 80205).  The show runs February 9-19, 2023, Thursday through Sundays. Performances are Thursday, Friday and Saturday at 8:00 pm and Sunday at 2:00 pm.  The box office and the Savoy’s in-house bar will open at 7:00 p.m. Tickets can be purchased online at our.show/inthepocket. Written by Jeff Campbell, directed by Theatre Artibus, and music by Akil. The Cast includes Jeff Campbell as Bobby Trombone, Danette Hollowell, Shane Franklin, and Wesley Watkins. The bar will remain open after the show. In the Pocket is partly supported by a Denver Arts and Venues Diversity, Equity and Inclusion Mini-Grant. 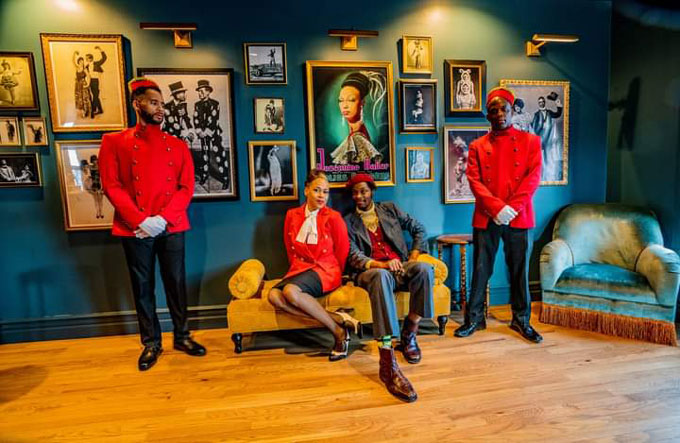 In the Pocket: The Ballad of Bobby Trombone takes place in a fictionalized lobby of the historical Rossonian Hotel, located at the pinnacle of Five Points, Denver’s historic Black neighborhood. Three employees tell the story of Five Point’s rich jazz history and how it earned its nickname “The Harlem of the West” (a fictionalized account of historic facts).  In its heyday, Jazz legends such as Louis Armstrong, and Dinah Washington, stayed at the Rossonian Hotel, prohibited from sleeping at the white-only establishments which hired them to entertain there. Often, these Jazz greats would play late-night impromptu sets the Rossonian after larger gigs at segregated venues, helping to establish Five Points as an important Jazz hub in American history – with the Rossonian as its bee-hive.

‘In the pocket’ is a jazz term to describe when a musician or band finds a groove. In the play, Bobby Trombone, the Rossonian’s head concierge, explains; “We do it like jazz. That’s the pocket, the rhythm, keep in time, be on time, adapt and improvise, until it’s check out time… Bellhoppin’ is just like jazz.” 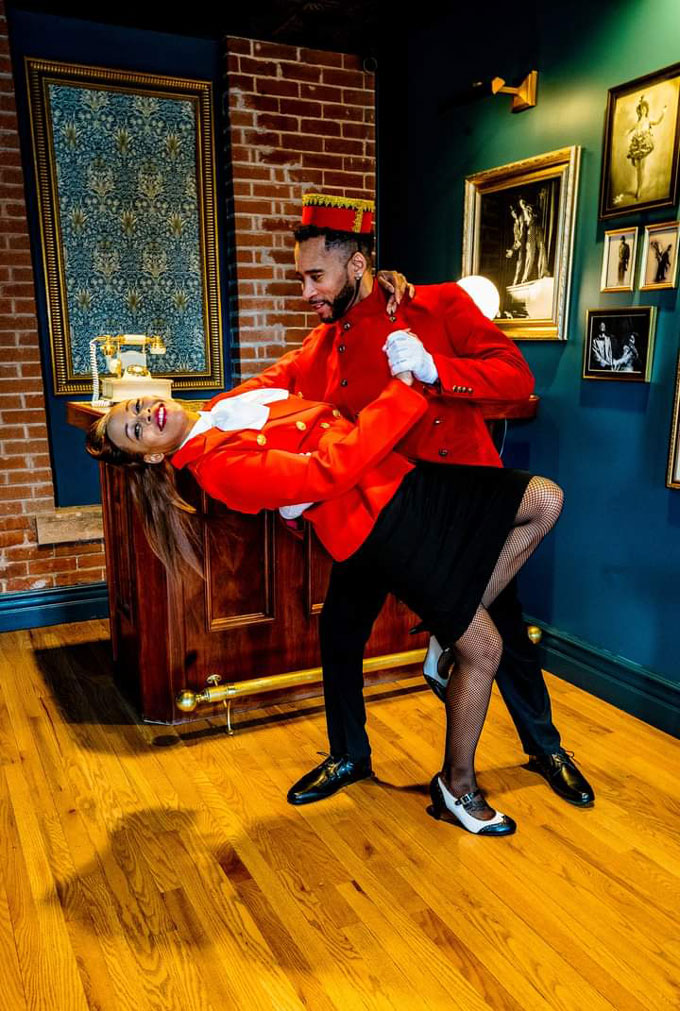 The characters in the story offer a glimpse into what it was like as a Black resident of Denver who lived in Five Points during the Jazz era.  These characters also embody a larger symbology as the past and future of Denver’s Black community in relationship to its artistic identity over time.

In The Pocket also has a timely message as Five Points continues to grow. A character from In the Pocket states, “there are whispering footsteps on the streets of Welton, that speak of beat poets and secrets of a time that craft breweries and pricy brunch menus have forgotten.”  Emancipation and Aritbus agree that it is vital to create art that explores narratives of a changing city. Whose stories are preserved, honored, or pushed aside? How can art make a difference? 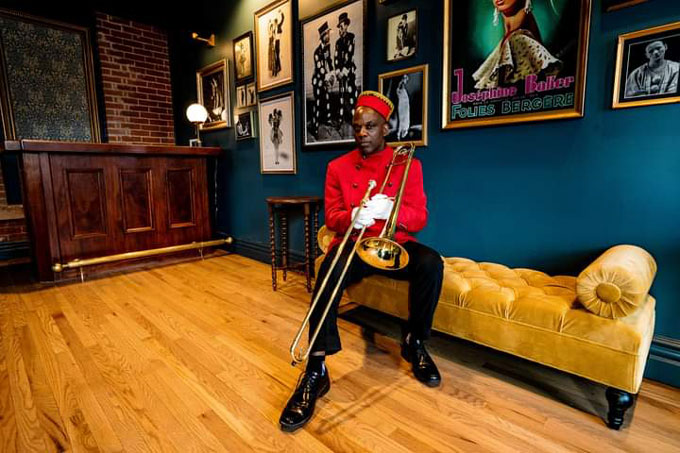 Artibus and Emancipation began a collaborative relationship 2020 when they created together with Grapefruit Lab, a performance called RECIPE about food, belonging, and Five Points history. RECIPE was featured in articles by the Denverite, Westword, and CPR.

Emancipation Theater Company (emancipationtheater.com) was founded by Jeff Campbell as a social enterprise dedicated to inspiring action through the art of storytelling. Theatre Artibus (theartibus.com) is in permanent residence at the Savoy Denver and creates original theater, often in collaboration with others. Recently renovated to keep its vintage charm with added amenities, The Savoy Denver is an event and performance venue with a community-first mission.