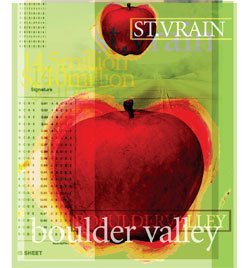 A few months back, Jane Wolford had perhaps the biggest menu she’d ever seen sitting on the table in front of her. But instead of mulling through infinite fine-dining options, she was trying to choose the number of elementary schools to build, how many new teachers to hire, and whether offering Chinese language classes was a good idea.
She shared this menu with 28 others as part of the St. Vrain School District’s Mill Levy Commission, the group responsible for recommending the quantity of tax hikes for the fall ballot—tax hikes that will benefit a school district in big financial trouble.

St. Vrain schools are currently ranked 21 out of 22 when compared to similar Front Range districts in terms of funding for such things as teacher pay and classroom computers. Despite above average test scores and overall performance, being that far behind the cash curve could become a serious issue in the not-so-distant future.

“Language offerings, math offerings, science; you can go right down the line subject by subject, the variety of what we can offer is less than if you drive 30 minutes north or 30 south of the district,” says John Creighton, school board member.

The district needs money as much as  kids need access to calculators, No. 2 pencils and text books. Otherwise it will see more budget cuts, more good teachers walking across the street to Boulder Valley schools, and more families taking advantage of open enrollment and sending their kids elsewhere. This would come after the district laid off 85 employees for budgetary reasons in March.

Few are arguing the merits of asking voters for money. But there is a massive tug of war in trying to figure out just how much voters will OK. This group picked options very carefully, knowing the weight of two tax increases and how a tanking economy affects voters’ generosity.

In front of the district’s board of education is a conservative proposal picked by Wolford’s task force that will ask for a mill levy override to the tune of $14.5 million that will help raise sagging teacher salaries and fund programs, and a $210 million bond that will build two new schools and pay for dozens of improvement projects. (For the uninitiated, mill levies pay for programs and people, bonds for bricks
and mortar.)

Some feel that won’t be enough. Area mayors are calling for a third school (an added elementary location) for the plan. That would up the bond by $10 million or more.

“The argument really comes down to if we don’t get the new schools portion taken care of this in this bond, we are going to continue chasing our tails,” says Erie Mayor Andrew Moore.

The commission shied from a $19 million mill levy and $230 million bond that would have granted Moore’s wish for an additional school, staying conservative because they want these tax increases to pass. Period.

“If gas is $5 a gallon in November, who knows what (voters) will say,” says Wolfrod, mill levy commission chair. “With this proposal, we can bring good teachers, bring back programs.”

Two mill levy overrides have failed in recent history—by 128 votes in 2004, and a larger margin in 2005. All Colorado residents pay a statewide mill levy to guarantee per-pupil funding; most districts have an override in place to provide additional cash to local schools.

St. Vrain needs this money to stay competitive. It’s just a question of thresholds. The board of education gets the final say in what figures make the ballot, a decision they expect to make in early August.

Moore doesn’t seem to think adding a few more million to the proposal will change much in voters’ minds. “I can’t just connect the dots to saying that’s going to break the deal (with voters).”

It’s hard to predict what number is correct—and if the district shoots too high, it could spell financial disaster.

“This is the art and science of asking voters for supporting a tax increase,” Creighton says.