Where Are They Now?

Long ago and far away, you were a teenager—longing for freedom, a driver’s license and your first kiss. You were angsty and listened to The Clash, but you got good grades and secretly wrote poetry. You played on the tennis team but hoped to join a band, maybe even start your own. But now, years or decades later, you don’t remember the last time you read a poem—let alone wrote one—and your tenacity for music faded with your acne. Things have changed since the days of football games and prom, but it does not mean that your high school experience didn’t help mold who you have become today. 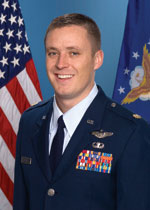 Jack Fischer
Alma Mater: Centaurus HS
Class of: 1992
Where he is now: Fischer just arrived in Houston to start training at NASA’s Johnson Space Center; he’s one of nine people in the 2009 astronaut candidate class.

On high school: “High school was a bit tough for me. I was a really late bloomer,” he said. “I think everyone said, ‘Little Jack Fischer?’ when my wife told them who she was marrying. I was involved in wrestling, soccer and senate—but most of my free time was spent working for the family construction company.”

After high school: Fischer attended the U.S. Air Force Academy and then headed to MIT to get his master’s degree. From there, he went to pilot training in Texas and flew F-15E Strike Eagles in North Carolina and Idaho before attending test pilot school at Edwards Air Force Base. “I then went to Florida to test all sorts of F-15s and weapons before returning to Edwards to test the F-22,” Fischer said. His last assignment was at the Pentagon in Washington, D.C., as a strategic policy intern.

On success: Fischer says that a strong work ethic is essential. “You really have to take pride in everything you put your name on—do your absolute best at whatever you’re doing—and that can only be accomplished through hard work,” he said.

Advice for a current high school student: When Fischer was in the Air Force Academy, his father died of cancer. Before he passed away, he gave Fischer an incredible piece of advice. “I was ready to quit and come home to help with the family business, until I had a life-changing talk with my dad. He laughed at my idea of leaving the academy, and he challenged me by saying, ‘I dare you to dream,’” Fischer said. “You never know what God has in store for you—what your actual path will be—but if you find inside yourself what fires your passion, you should chase it.” 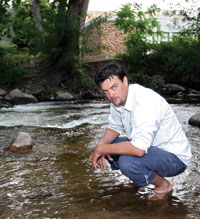 Nathan Fey
Alma Mater: Alexander Dawson School
Class Of: 1999
Where he is now: Director of the Colorado Stewardship Program for American Whitewater, where he works with the paddling community and stakeholders on river conservation and access projects.

Person in high school who made a lasting impression: Teacher and whitewater slalom racing coach Nate Lord, who helped grow Fey’s love for rivers and paddling. “The best things about Dawson was we had the opportunities to get out of the classroom and into nature,” Fey said. “I spent a lot of time on rivers.”

After high school: “I never guessed I would have turned this hobby, this love of rivers, into a profession,” Fey said. He has spent much of his time since high school involved some way or another with water—from whitewater paddling, coaching and guiding to working to protect and advocate for rivers at the grassroots level as well as for federal and state agencies. He created a nonprofit that focuses on experience education and served as the executive director of the San Miguel Watershed Coalition. Truly, his involvement in river conservation and stewardship is too great to list here. “All the projects I’ve been involved in have a consistent tone: getting people on the water, getting them in touch with their resources and growing their connection to water,” he said. “It’s easier to get you to be a steward of your resources if you have a connection.”

Advice to current students: Find your passion. Get engaged with it. Understand as much about it as possible. “It’s important that people who are passionate about something support groups that are working toward a better good,” he said.

Randy Howe
Alma mater: Skyline HS
Class of: 1981
Where is he now: Assistant United States attorney in the Appeals Division of the U.S. Attorney’s Office for the district of Arizona.

School memory: Introduced to debate by teacher Steve Payne, who is now principal at Erie High, Howe’s perception of his own future changed. “I always wanted to be a lawyer, but I didn’t see myself in the courtroom. I saw myself being in the background,” said Howe, who has cerebral palsy. “That’s until I met Steve. I’m sure my life would be terribly different without his encouragement.”

On high school: “It was kind of a mixed bag in a lot of ways. I grew up with a physical disability, and a lot of my fellow students did not treat me well, but I did have good friends. Overall, I did have a positive experience.”

After high school: Looking for some warmth, Howe moved to Phoenix and enrolled at Arizona State University, where he graduated as valedictorian and also attended law school. Howe went to work at a Phoenix law firm doing loan agreements, “which is the most boring thing you can do as a lawyer,” but he was let go in mass lay-offs. He then applied for a position in the appellate division of the Arizona Attorney General’s Office. He worked in the office for 20 years, spending seven of those as chief counsel of the Criminal Appeals Section of the Arizona Attorney General’s Office. In 2006, Howe argued a case before the U.S. Supreme Court and over the course of his career he has argued more than 70 cases in the Arizona Supreme Court. “I have worked hard to get where I am. But you can’t get anywhere in your life without the help of others,” Howe said. “I wouldn’t be who I am today without my parents. I have a disability, and they didn’t see that as a barrier to what I could do. And meeting people like Steve Payne and (high school French teacher) Renate Eads, who saw my potential. It was really a group effort.”

Advice to current students: “I always had it in my head that I was going to be a big corporate attorney doing deals, and that was where my education led me. My two worst grades in law school were criminal law and procedure, and I’ve made my career doing those two things. You never know where life will lead you. You just have to be aware of the opportunities and enjoy the ride.”

Chris Wood
Alma Mater: Boulder HS
Class Of: 1988
Where he is now: He’s the bassist in Medeski Martin & Wood. He’s also joined forces with his brother Oliver in their aptly named band, The Wood Brothers.

On high school: “I really knew what I wanted to do with my life even in high school. Part of me felt really impatient and wanted to get out there.” Wood played professional gigs as well as in the BHS jazz band, which made for late nights of practicing and playing. “So, I would usually end up falling asleep in math,” Wood laughed.

High school soundtrack: “I got a lot of cues from my big brother. We grew up with a lot of ’60s rock in the house: The Who, The Doors, Hendrix. And when he got into blues, I followed. So, it was Muddy Waters, Lightning Hopkins, Jimmy Reed. I wasn’t listening to the stuff on the radio,” he said.

After high school: Wood eventually made his way to the New England Conservatory of Music and then moved to New York City, where he met John Medeski and Billy Martin. “I didn’t really know what I was getting into. I somehow pictured that when one goes to New York City to pursue music, you became a faceless member of a back-up band for some jazz musician,” Wood said. “But then I met these guys. It was better than what I could have imagined.”

Advice to aspiring musicians: “You have to work hard and be good enough to get noticed. You have to say yes to everything. Get involved in any musical situation that you possibly can.” 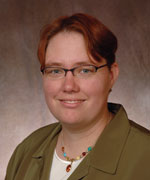 Tiffany Espinosa
Alma mater: Alexander Dawson School
Class of: 1993
Where she is now: Administrator for the 11-month MBA program for the Bard Center for Entrepreneurship at University of Colorado, Denver.

On high school: “Like most people, I would not want to relive it, but it builds you into who you are.”

After high school: She got her bachelor’s degree in social sciences from University of Michigan; she’s the first college graduate in her family. Espinosa eventually moved back to Colorado, began working at a nonprofit and started her MBA at CU Denver. “I made a few suggestions about the program, and the administrator turned to me, and said, ‘OK, why don’t you do it?’” She’s been there ever since. This fall she will begin working on her Ph.D. in natural resource economics.

Advice for current high school students: “Don’t be afraid of failing. It’s a time to explore and check things out. …It’s too easy to be an anonymous ghost.”