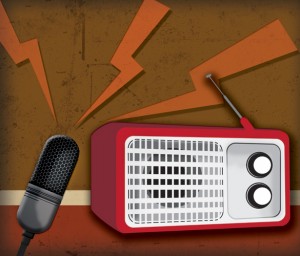 National Public Radio has been in the cross hairs of Washington, D.C., Republicans for years. Mostly this is because the venerable news organization used to do a decent job of reporting. Facts, you see, are toxic to the tea partiers because they tend to expose the blatant lies and shameless misinformation that is their stock in trade.

But in recent years, as the old cows at NPR have gotten comfortable with their insider status, access to power and weekly taste of fame as token members of the “liberal” media dissembling on the Sunday news shows, they have begun to suck. And not for the reasons you may think.

When I want a news fix, I don’t want people lying to me—blatantly, by omission or with intentional slant. I want facts, context, pertinent background and good journalism that come from solid reporting. And balance where it’s appropriate.

Balance doesn’t mean you give equal (or any) airtime to the Flat Earth Society just because they have something contrary to say about a story on the space shuttle. Reporting blatant lies and false information in the name of “balance” and “fairness” is shoddy journalism and does a disservice to your news consumers. How lame has NPR become? Here are a few examples:

1. Despite getting lots of miles reporting on the content of the leaked State Department cables, nothing has been reported about the ongoing torture of whistleblower Bradley Manning who leaked them.

2. In the nearly year-old aftermath of the Gulf spill, toxins still present in the water are making Gulf Coast residents deathly sick. What have you heard from NPR? Crickets. (Note to NPR: When Al Jazeera does a better job of reporting on this, it’s a sure sign you suck.)

3. The incessant parroting of the right-wing talking points—absent any relevant facts—about how we have to cut Social Security benefits, now, to fix the deficit, with no mention that Social Security is completely solvent through 2037. (Social Security can be easily paid for into the next century by eliminating the cap that only taxes earnings up to $106,000. If everyone making seven-digit and above incomes were taxed at the same rate as the guys repairing our roads, SS would be just fine.)

I could go on. But kissing up to the enemy—and the Republicans are the enemy of factual, reasonable, non-fear mongering discourse—and giving their BS equal play is no way to run a news organization. Hell, they couldn’t even muster a decent job of reporting on, and debunking, James O’Keefe’s video hatchet piece that helped fuel this crusade. They instead wet themselves as they fired anyone involved in hopes of appeasing the bully who was going to kick their ass regardless. So I’m fine with giving their government dole the axe.

I judge a quality news organization—and a quality reporter, for that matter—not by whom they are friends with. I judge it (or them) by whom they piss off with their scathing reporting of damning facts.

Ironically, the Republicans who are turning off the drip of federal dollars are now in control of the House largely because a fearful and ignorant electorate put them there. If anyone had a clue about the draconian agenda this TeaBagger brigade had in store, they would have never won so many seats. But with our “Public Radio” reporting team asleep at the wheel of the journalism bus, they are headed for the ditch along with the rest of us.

I say good riddance. There are plenty of other sources of quality news, both national and local. Maybe now NPR will realize kissing the hand that beats you is bad business and bad journalism.