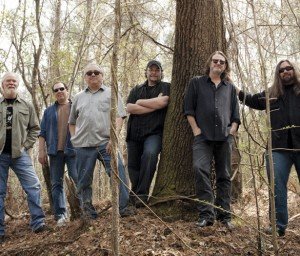 A quarter of a century ago, Athens, Ga., gave birth to what was to become the single most popular jam-band to play in Colorado: Widespread Panic—not Phish or the Grateful Dead. Only they can sell out three consecutive shows at Red Rocks; only they can hold the record for most sell-outs ever at Red Rocks; and only they can command upward of $1,000 for tickets on the Internet (but really, where does a hippie dig up a grand for seeing a concert, anyhow?). And if you don’t have tix by now, prepare to pony up. June 24-26, Red Rocks Amphitheatre, 18300 W. Alameda Pkwy.,? Morrison, 720.865.2494

We’re all into 3D movies and “experiencing” rather than just “watching.” Nowhere is the experience more engaging than when you’re actually living the plot of a timeless fable classic, for instance, Hansel and Gretel. Audiences live the story as the twosome traipse through the woods in Chautauqua Park from one scene to the next while actors perform. And really, who among us wouldn’t want a scenic hike while watching live theater? June 25 at 2pm, 900 Baseline Rd., Boulder. chautauqua.com, 303.442.3282

Street fairs and outdoor concerts are as synonymous with summer as blockbuster movies and skyrocketing gas prices. Longmont is well aware of the cost-suck movies and driving have become, and has been kind enough to provide a low-cost alternative (free, in fact, except for food and drinks): its Downtown Summer Concert Series Friday nights from 7 to 8:30pm includes a Doobie Brothers tribute band, funk, R&B and classic rock bands all summer. 4th and Main streets, downtownlongmont.com, 303.651.8404

Chances are your immediate future tonight includes beer, grilling of some sort and non-weapons grade explosive detonations. Why not at least get a little exercise before you accidentally maim yourself? Head down to the Erie Community Center ?for the July 4th Firecracker 4K. Races for the kids and adults alike, followed by some eats and drinks, all starting bright and early at 8am. And it’s not like 4K is that difficult, so you really have no reason not to go. 450 Powers St., 303.926.2700

As we march to the celebration of our country’s Independence Day, we should take a moment to reflect on the five greatest patriotic pop songs ever written.

1) Born in the USA Bruce Springsteen’s 1984 hit is secretly about the pain of being a Vietnam vet.
2) Coming to America Neil Diamond’s 1980 treatise on the viewpoint of an immigrant.
3) America, F**k Yeah! Nothing says, “We can stomp your ass” better than this hit from Trey Parker and Matt Stone’s 2004 movie, Team America: World Police. (And yes, this is satire.)
4) American Trilogy In 1972, Elvis Presley made this Mickey Newbury arrangement something beyond hopeful, beyond beautiful and beyond political rhetoric.
5) Ragged Old Flag Johnny Cash’s 1974 “song” captures the innocence of patriotism with none of the political angst we all feel today.