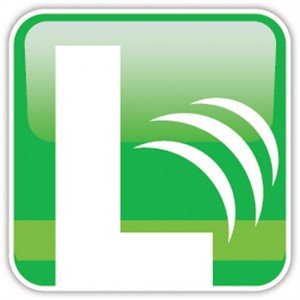 Welcome to the 21st Century.

Typically, our federal government lags at least two or three laps behind the technology sector. And that’s probably a kind estimate. For proof, witness pretty much any discussion about ’net neutrality over the last decade or so. Most of the discussions and debates on that ensued on Capitol Hill were akin to me trying to teach my high school sweetheart about football.

“Why do they wear those costumes?”

“What’s a line of cribbage? They play cards, too?

And so on. And if you really wanna frustrate yourself, dive a little deeper into the transcripts of hearings around digital copyrights. The people we elect into office are as technically astute as the majority of people voting for them…which is to say, a whole lot of people who have a blinking 12:00 on their microwaves.

And that’s just at the federal level. It gets worse as it trickles down to state level, where it seems every other month some state senator or governor seems genuinely shocked his emails and tweets weren’t private, which is what he thought when he was transmitting pictures of his privates. Privately. But not really.

When you get down to the local level, well, I get the sense most local municipalities regard computers and the Internet as black magic. Witness trying to pay a parking ticket online. Or renew anything with the Department of Motor Vehicles (true story: I renewed my license online here in Colorado. Paid the fee and everything, and I thought, wow, this is great! Three months later, still no license. So I call up the DMV and find out I was going to have to come in and pay the fee again because I waited 2 days past an arbitrary 90-day deadline to report that I never received my license. None of which was spelled out on the site when I renewed. Luddites).

So imagine my surprise when I stumbled onto the city of Longmont’s new mobile-friendly site. Granted, I shouldn’t have been that surprised; Longmont is light years ahead of pretty much any other similar-sized municipality on the planet (witness its amazingly cogent bid last year for Google’s fiber access experiment). But surprised I was, nonetheless.

Starting on the homepage, the nav is über simple (if a little drab in color), with what looks to be emergency and closure notices high and center. From there, it’s a quick dive into well-organized layout of civil services, directories, news and one of the more useful sitemaps I’ve ever stumbled across. Individual city departments are labeled alphabetically and news headlines are dated. You can also submit a form to report street damage or graffiti (although, I wasn’t able to upload a photo using my iPhone, and I’d suggest the next iteration uses a pull notification to grab the user’s location so you don’t have to type it in).

Job well done, Longmont. Now, could you subcontract your Information Architecture team out to the Department of Motor Vehicles? They could use some help.