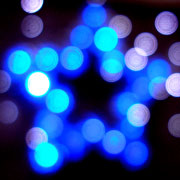 There are a lot of parades of lights this time of year, but few offer the chance for everyone and their mother to participate. Louisville’s parade does just that, and the only rules are that your “float” entry must have lights and not include a Santa (he’s apparently very brand-aware, and doesn’t like people messing with his carefully cultivated image). So, here’s your chance to wrap your ’89 Pontiac Sunbird in LEDs and convince yourself it’s a “classic.” The festivities get going at 6 pm Dec. 3 at the Louisville Chamber of Commerce, 901 Main St., Louisville, 303.666.5747

Last year’s 1940s WWII Christmas Ball was one of the biggest parties of the year in Boulder County. Apparently, Americans’ nostalgia for the Greatest Generation and the ’40s knows no bounds (and we’ll go ahead and steer clear of discussion of the invention of the nuclear bomb, America’s racial polarization and the rise of the Red Scare). The outfits were keen and the music was swingin’, and that’s what this shindig’s all about. At the Elks Lodge, Dec. 10, 3975 28th St., Boulder, 303.946.9227

If Shepard Fairey’s fame says anything (he’s the artist behind the iconic Obama “Hope” posters), it’s that the graffiti subculture is a legitimate art movement (no, we’re not talking about crappy gang tags) that warrants discussion. The Longmont Museum and Cultural Center
is hosting an exhibit called Street Cred: Graffiti Art from Concrete to Canvas that explores the amazing art of southern California’s finest street artists. Check it out; you’ll be amazed at what you see. 400 Quail Rd., Longmont, 303.651.8374

If the late James Brown had a more nicotine-encrusted voice and his band had a scathing Fender Telecaster cranking front and center at full volume (with photos of big booty women taped on it), you’d have a decent approximation of Austin-based Black Joe Lewis and the Honeybears. The funky rhythms, Lycra-tight horns and raspy vocals of Lewis add up to an overwhelming groove and melt-your-face energy that will put your feet into overdrive. Nov. 22, Fox Theater, Boulder, all ages, $15.

Tired of giving out mugs and candles for the holidays? It’s time to spice things up. Here, this year’s mostly awesome gift list:

4) Ready for take off An RC helicopter with a video camera you control with your iPhone. $289.99 bitly.com/iphonechopper

5) Tea time The best driver ever made. $89.99 bit.ly/golfclubdrinks