The Shift to Open Enrollment 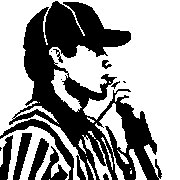 A majority of Colorado’s open enrollment students transfer from school districts with high test scores to districts with even higher scores, according to a recent study printed in Educational Evaluation and Policy Analysis. In this state, size does matter: Students were apt to transfer from smaller to bigger districts.

According to a 2009 study of the Metro Area, higher income students were far more likely to take advantage of interdistrict choice and transfer to higher income school districts.

Within the same 2009 study, University of Texas researchers found that within the Denver Metro Area, white students were more likely to transfer out of racially diverse districts into districts with higher proportions of white students.

(69) The percentage of students in the United States who attend public schools to which they were assigned, according to the National Household Education Survey. That is down from 80 percent in 1993.

(46) The number of states that have an open-enrollment policy.

(11) The number of states that require full intradistrict mandatory open enrollment, including Colorado.

“We want the parent to be engaged with that common focus of the success of the student. …There might be some initial discomfort with students (starting at a new school), but that there is discomfort with parents as well. They have to engage with their child and with the school.”

Colorado is among the top five states in the country for charter school enrollment.