People in our Hood 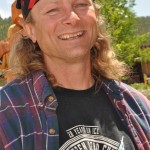 Jon Parker: Dead Fred Nederhead, (which took) a month. That’s the first and only of it. I wish I had more time for just doing crazy pieces. I’m just starting now. That had a throne with an angel’s wings and a skull at the top. That one is gone now to some guy who runs kind of an Army surplus fashion place over in like Idaho Springs. It’ll be his sign so you’ll see it on top of his place. So he’s taking that over there. That’ll help, too, because the more of the big ones I sell, the more I’ll do. You can only do so many before you realize “Oh, I’m using all of my gas,” and I also have three kids.

YS: If you could move anywhere you wanted, where would you go and how would your trade change?

JP: I think Colorado is the perfect state, I really do. There’s a little bit of toughness in the winters way up here but if you could spend your winters in Boulder and summers in Nederland, I really think Boulder County is one of the most perfect places in the world. But then I haven’t been everywhere, either. I’d also like to spend a summer in Washington. They’ve got humongous trees there in the Cascades. There are trees that grow out of trees there. 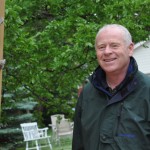 Philosophy: “People understand that their kids will never have to do therapy as an adult if they have a tree house.”

YS: How do you do what you do?

John Griffin: Usually, I interpret other people’s ideas. The first thing is I go to their yard and look at their tree. And sometimes talk to the kids, but usually the parents have already talked to the kids and they have a pretty good idea of what they want. Then I usually interpret their ideas into something we can build. Often parents think it has to be 10 feet high, and I try to talk them out of that. It’s safer to usually bring it down to six feet. Most of them are six-by-six. A lot of it I can do in my head, but mostly I describe it and show people my concept of what it’ll be. And some people want it sketched.

YS: Have you built one for your home?

JG: There’s nothing more fun for me than building a tree house for my daughter. That’s a work in progress; she wants me to build a three-story one. She has a two-story tree house already, so she wants a third story. To get me to build, it was, “Daddy, I’ll help you, and we can build it together and that would be a great chance for us to bond and spend time together.” Sometimes when I’m building a tree house the kids are at school, so when they come home, they run in the back yard and see it and it’s really rewarding. 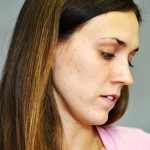 Philosophy: “I’m living the dream. If I didn’t have this business I’d probably want to do something like set design, something that involves furniture…It’s a labor of love.”

YS: What’s your dream or ongoing project that you just can’t get done?

Rachel Rebich: What I’ve wanted to get into—I’m actually speaking with someone about doing it for his painting business—is refinishing front doors on people’s houses. It’s not really special, but I always thought, you need to have a really special door, so go crazy with your door. In Boulder, who knows? That could lead to some really interesting projects.

YS: Why is what you do special for Boulder/North Metro residents?

RR: I’ve lived here for 10 years, so in some ways my furniture would have to (reflect the area) a little bit. When I first moved to Boulder I was like, “Oh these houses are all so colorful!” All my furniture is very colorful. I feel more freedom to use vibrant colors than if I lived somewhere that was a little more drab.

YS: What part of your trade don’t people understand?

RR: Every once in a while, I get an email from someone on Craigslist saying, “I really wish you wouldn’t sell your over-priced furniture on Craigslist.” I just respond saying something like, “I realize most people on Craigslist are looking for cheap used furniture, but there are people out there who are looking for something that someone put a little work into or that’s handmade and they’re willing to pay a little more.” …I think a lot of people just think you find a piece and slap a coat of paint on it and try to sell it, but there’s hours and hours of work that goes into it. …So it’s a labor of
love, definitely. 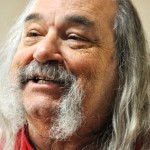 Philosophy: “If it fits in with what my general view of the world is—mission style or similar, made of real wood, natural finish—I’ll do it.”

YS: What’s misunderstood about
your trade?

Gary Wetzbarger: I think they don’t get that I’m not working from a set of plans. As complicated as my plans ever get, I do a basic drawing on Google for the customer so I know what the proportions are. But everything I do is just knowing how to do it and doing what’s necessary to make it fit. I think another is they don’t get how to design. I’ve seen a lot of clunky amateur furniture. The proportions are off, the colors of the wood are wrong. I love to mix my wood up; very few pieces that I’ve made have just one species of wood in it. They usually have three or four. That way it’s like painting; you have to pick the right pattern and the right color to go together. And if you don’t, it looks terrible. …There’s always a place for traditional furniture. Just because you’re doing traditional furniture doesn’t mean it isn’t creative.

YS: Work alone or with a team?

GW: Artists have a lonely existence if they don’t join a group. You spend time in your studio or shop. Woodworkers are even worse. We spend time indoors, we look like we just got out of prison, we don’t have a tan, we don’t know what went on in the outside world. It’s important to have a social outlet of like-minded, creative people. But getting together a group of creative people is a lot like herding cats; it’s hard to get going in the same direction at the same time. 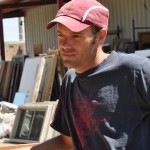 Philosophy: “I enjoy working with reclaimed stuff that limits capacity and you have to think outside of the box to make something work correctly.”

YS: How do you do what you do?

Shawn Hoven: If I’m doing a project that is from reclaimed materials, then I let the materials define what the piece is going to end up being to an extent. There’s some things that I could just make according to a design. For example, I’ll see something in the (ReSource) yard, somewhere in the donation area, that just appeals to my senses in one way or another. I would then try to make something out of it using the predefined thing. The other approach I take is more traditional: I’ll actually draw it first and then work out as many details as I can in sketch up and then take it to the shop.

YS: If you could do anything else, what would it be?