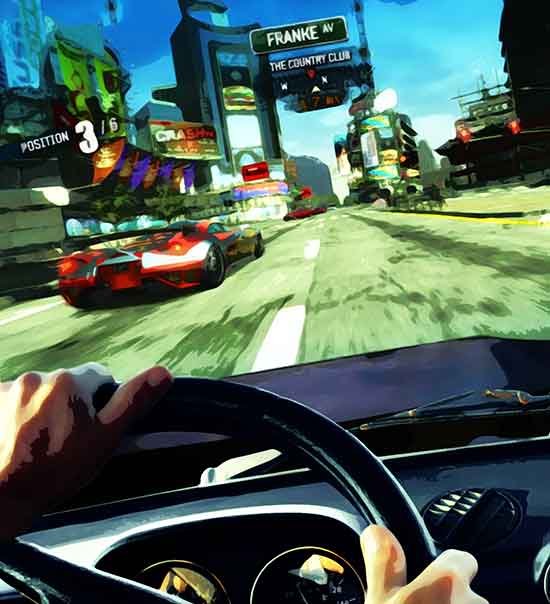 The other day, I came downstairs to find the timer on the oven blaring, announcing for who-knows-how-long that dinner was beyond ready. My teenage son sat 10 feet away, watching a Nuggets game on TV, oblivious. His only reaction was to turn up the volume.

This is the kid who skipped breakfast for a week because he couldn’t find the oatmeal; it was on a different shelf in the same cabinet. The same kid who wears mismatched socks almost every day (from time to time he will randomly select matching socks). The kid who, in other words, suffers bouts of being a scatterbrained space cadet, just like every
other teenager.

But this is also the kid who, in just eight months, will be behind the wheel of a car.

If there’s one truth about parenting, it’s that there is no end to its anxieties. When your kids are born, you worry about everything from dust to nuclear war. When they start walking, the stairs pose a threat on par with an open lava pit. Sending them to school means putting them into the care of others for long periods of time, and who knows who they really are? Sports invite injuries and the only real way to cope with the possibility is to hope they’re not too severely damaged; character-building scrapes and bruises are OK, brain injuries are not. Once my son reached the age where he could do his own laundry and cook his own meals, I foolishly thought the major worries were behind us.

Then he asked when I was thinking of enrolling him in a driver’s education course.

“Why, never,” I almost replied, immediately thinking that if I accepted the fact that people as air-headed and unobservant as my son are allowed onto the highways, I would never brave them again. That thought was followed by a mental highlight reel of my own first year as a driver—busted for drag racing, repeatedly locking the keys in the running car, six or more points on my license for various speeding, collision and stop-sign-running infractions. I was the only 16-year-old I knew who had an attorney, paid for with extra shifts at my job as a busboy. He was one of those guys who advertised on daytime TV, “Fast Eddie,” and he got me out of many a jam. My parents only discovered him when he sent me a Christmas card for being such a reliable client.

Ever since those early days, I’ve been one of those drivers who regards speeding and parking tickets as little more than an extra premium I pay in order to drive as fast as I like and park anywhere that’s convenient. Some years are costlier than others, but when I go for long stretches without getting caught, it evens out over time to a reasonable price to pay, even counting the occasional lawyer’s fees. I’d convinced my friends of this line of thinking and many adopted my approach (although it was quickly denounced by one, after he got a $500 ticket and a hefty towing bill for parking his 1971 Chevy Nova on the lawn of the Washington Monument—Fast Eddie couldn’t get him out of that one).

As a parent, these memories obviously gripped me with terror when I thought about my own son pocketing the car keys and heading off into oblivion. And I’m not the only one.

Stephen Albert, a driving instructor and owner of the Boulder Driving Academy, said anxiety among parents of soon-to-be teen drivers is common, especially those “virgin parents,” as he calls them, who go through it for the first time with their oldest child.

“It’s a learning process for the parents as well,” he said. “I point out to them, ‘look they’re not driving today.’”

In fact, 15-year-olds require a minimum of 30 hours of classroom instruction just to get their permit and 50 hours behind the wheel with parents or guardians before getting their licenses.

“They just don’t know what (driver’s ed) is,” Albert said of nervous parents. “It’s not so much fear as it is ignorance.”

He said many parents forget they have a great deal of control over their children’s driving habits—only when the parents feel they’re ready do young drivers graduate to busier streets, highways and city traffic.

“I tell them, ‘You’re always in control,’” Albert said. “Build your own confidence. Take your kid to a parking lot on the weekend and don’t let them on the road until you’re comfortable.”

He also pointed out something I hadn’t considered: kids want to go to driving school and tend to take it very seriously. That was heartening; my son aces those things he’s interested in and excited about.

“The advantage I have over high school is that when kids go to geometry class they really don’t want to be there,” Albert said, “but if they come to me there’s a real genuine reward that’s going to be there. It’s not hard to get them to focus and pay attention.”

In the end, he said, parents just need to relax and realize that, like everything else involved in raising kids, learning to drive is a part of life that the vast majority of kids survive without incident.

“It’s a right of passage,” Albert said. “Remember what you were like when you were 15. Yeah, it’s a bit scary, but it’s also exciting.”

So my son will enroll in driver’s ed once school is out for the summer on one condition: He’s required to also get a job. I insist that he have some way to afford the services of Frank Azar, “The Strongarm,” should he ever need them.