Boulder’s David Sirota switches from 760 AM to 630 KHOW 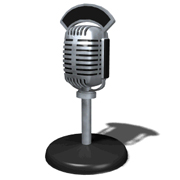 Progressives in Boulder might be lamenting the end of the David Sirota morning drive show on 760 AM, but those in the greater Denver metro area are applauding it. That’s because Sirota, one of the only local progressive voices on the airwaves in Colorado (and without a doubt the most tolerable among those syndicated liberals that 760 features at other times of the day), is moving to the afternoon drive slot from 3-7 p.m. over at KHOW 630 AM. He’ll be co-hosting a new show called The Rundown with Sirota and Brown with former George W. Bush FEMA chief Michael Brown (of “heckuva job, Brownie” fame during the Hurricane Katrina disaster) on the other side of the mic. The show starts on Monday, July 16.

KHOW has been in need of some liberal ballast for some time. Sirota and Brown are taking over the time slot vacated by long-time hosts Dan Caplis and Craig Silverman, who, throughout their eight years on the air, slid ever more obviously toward right-wing kookiness, with Caplis leading the way and Silverman’s more reasonable demeanor never capable of reigning him in. Caplis’s never-ending man-crush on former Broncos quarterback Tim Tebow — who Caplis seriously pondered, on the air, as being a gift from the Almighty — often rendered their show unlistenable. After it was cancelled in June, the time slot was temporarily taken over by John Caldera, who regularly hosts a once-a-week B slot on Sunday afternoons to grind away at “government is too big” issues. Listening to him do it every day during the afternoon commute has been akin to water torture. Considering the rest of the day is filled with Glenn Beck and Sean Hannity (and that morning drive host Peter Boyles often obsesses over off-the-reservation issues like the validity of President Obama’s birth certificate), KHOW seemed lost in the echo-chamber.

Sirota, who is also a columnist for Salon, has long been the only local refuge for listeners wanting something more than party-line bloviation (from either side of the aisle). And Brown, despite his unimpeachable conservative credentials, is also one of the more tolerable local right-wing radio pundits on the air in Denver. Compared to his KOA 850 AM dial-mate Mike Rosen, who is listed as a synonym in many dictionaries for “smug,” Brown at least seems capable of listening to and engaging in thoughtful debate.

Given that talk radio is rarely either local or thoughtful, we have high hopes this team-up.