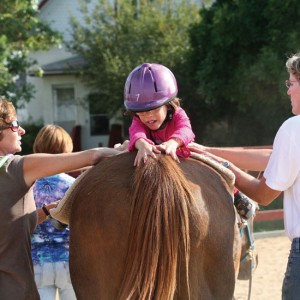 Regardless of what trick or technique has become the new fad, most everyone has heard of—or even experimented with—everything from clickers to the “calm-assertive” style of the Dog Whisperer. Especially in Boulder County, where most residents have more dogs than kids.

Canines have been bred and domesticated for centuries to view people as the center of their universe. So it makes sense that they have become the “normal” pet. But Ann-Elizabeth Nash, director of the Colorado Reptile Humane Society, suggests this breeding process has made man’s best friend “one of the most ‘unnormal’ animals human beings interact with.” No offense, Fido, but you’re a little bit of a freak.

Still, animals such as horses, marine mammals or even reptiles can be trained—and the methodology used by professionals is not so different than those used on dogs and cats. Of course, when training any animal, keep in mind what animal it is that you are training.

“The main difference is taking the horse as a horse; using their natural behavior and understanding that and then applying the techniques that we use to train them,” says Kaley O’Connell, the barn manager at the Colorado Therapeutic Riding Center.

O’Connell describes the difficulty in getting a horse to walk through their mounting area (designed for both less skilled riders and even those in wheel chairs). It’s important to realize that “horses are prey animals, and basically we’re surrounding them with two predators as side walkers, a predator on top of them, a predator leading them and predators in the arena.” For an animal whose main defense is to flee, it’s difficult not to press that “I’m about to be eaten in the near future” button in this setting. Therefore, to overcome those strong fight-or-flight reflexes, it takes a whole lot of desensitization and incentive.

Incentive is at the heart of all efficient training, said Donelle Slater of Dog Tag in Superior. Slater trains dogs now but has worked with marine animals at zoos and Sea World.

“In the professional world, it’s all based on positive reinforcement,” she said.

Anyone who has been to a surprise meeting at work knows that the highest incentive is food (yay, donuts!) and that holds true for the rest of the animal kingdom.

“There’s no magic to the whistle that we blow or the clicker,” Slater says.

It’s a simple matter of associating food (or any other sort of reward) with the noise or visual cue. The trick is in the timing: associating the reward and clicker or cue (which could be even the slightest of hand gestures) with the walrus’ comical flipper wave or the whale performing its acrobatic stunt.

With any variation on the Pavlovian method, “if you have associated the whistle with fish for long enough, just blowing the whistle is a reward in and of itself,” Slater said. “It gets this giant history.”

Clicker training has gained popularity quite simply because it works with most animals. Nash from the CRHS says clicker training with iguanas “is very, very possible but our expectations can’t be the same.” In short, you can’t expect your iguana to do back flips; however, you can get the iguana socialized enough to tolerate your presence and maybe even go to a particular place in the cage for cleaning. Zoos in particular have begun using these training tricks to have some animals present themselves for regular medical exams on command.

In certain settings, such as the CTRC, the main goal of training is to simply desensitize the horse to unusual situations and objects not found in the pasture. O’Connell describes this as being “all about pressure and release”—easing the horse into the situation to evoke a neutral response between the instinctive reactions of dominance and fear. This must be done in a very gradual, non-threatening manner, slowly acclimating the horse to a toy used in hippotherapy (which is physical, occupational or speech therapy done with the aid of the natural movement of the horse) or coaxing them to be less pushy and invasive into a volunteer’s space.

In the end, as Slater puts it, “the most effective way to train any animal is through mutual respect and trust, using a variable system of rewards on a variable schedule.” This is how you teach an animal how to learn. Although you may think that you’re teaching your parrot the finer points of etiquette and conversation flow, in reality you’re really only teaching them to mimic certain noises when given certain incentives and cues. So if it walks like a duck and looks like a duck, even if it quacks something reminiscent of the national anthem when given the right incentive, at the end of the day, it’s still a duck—and it’s no more patriotic than it was before.