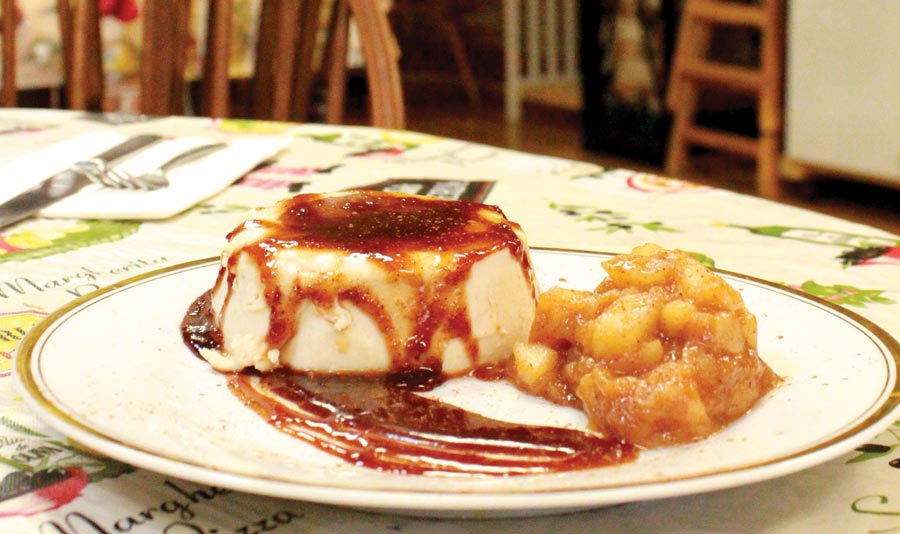 Nearly hidden along the 300 block of Longmont’s Main Street, Racheli’s Italian Deli shares northern Italy’s menu with northern Colorado in dishes that include a lot of olive oil, tomatoes and pasta, but not so much (read: none at all) cinnamon. As the days grow shorter and autumnal flavors sound better, we picked that warm and familiar spice for Racheli’s to work their Italian charm on.N 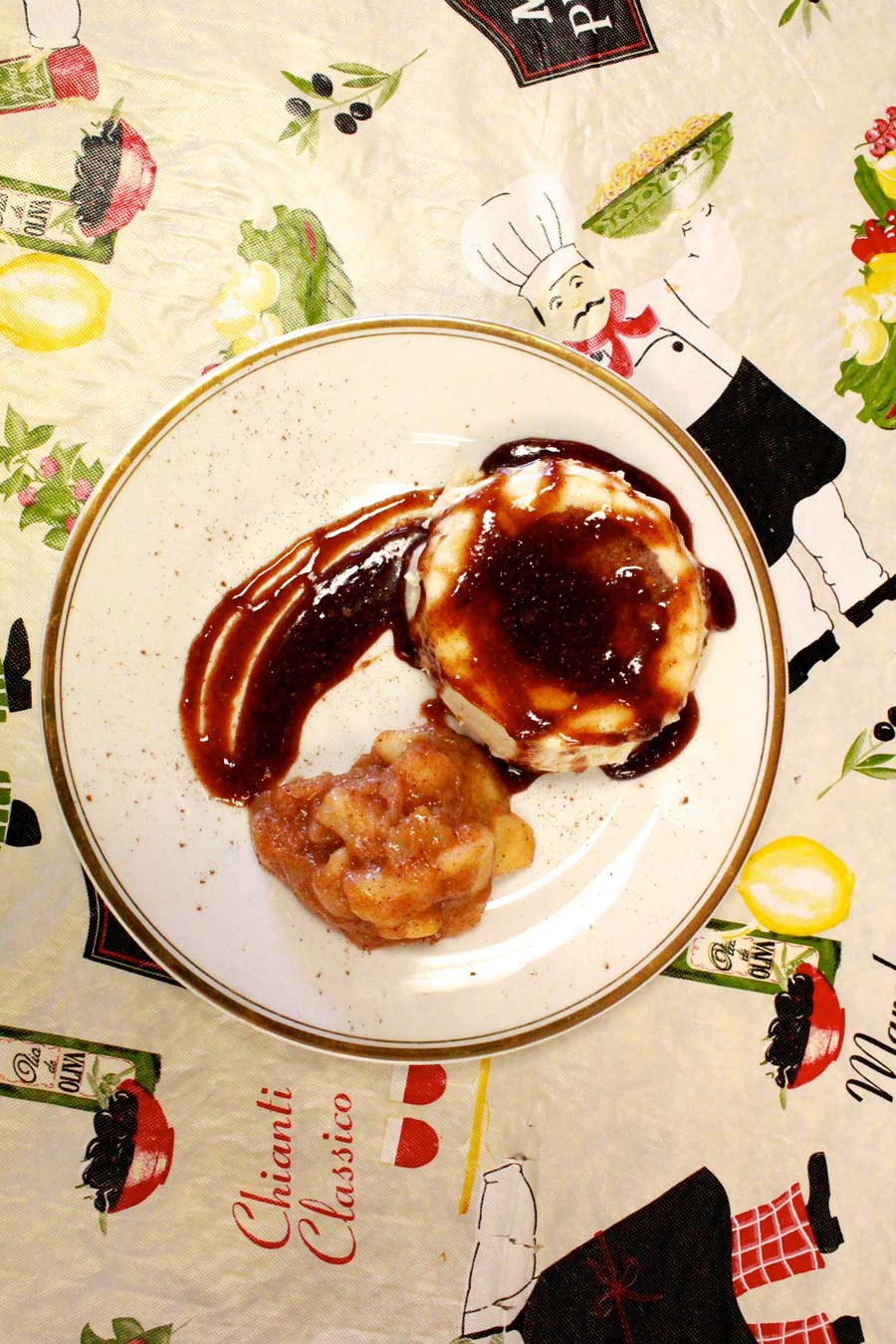 Co-owner and chef Chris Blankenship decided to go where the restaurant never had before: pannacotta. “I figure that cinnamon and Italian just don’t go that great together,” Blankenship laughed, “but I thought that seasonally, cinnamon would lend itself well to a dessert.” And beyond well, it did. Racheli’s makes most everything in-house, including all of their desserts, with a slow food approach; meaning that nothing is instant and everything is all the better for it.

Blankenship brought the pannacotta out to one of the bistro tables that are a cross between a cafe in Milan and your own dining room. The dessert by nature is simple, both in ingredients (just cream and sugar, mostly) and taste, and is extremely satisfying as such. With a custard’s creaminess but hardly any sweetness, it’s an ideal finish to a meal, and in this case cinnamon added just enough of a hint of flavor.

On the side was a garnish of apples sautéed in butter and cinnamon, resembling the contents of an apple pie. While the cinnamon syrup and apples were warm and sticky, the pannacotta was cool and gelatinous, making for a really interesting sensation.

Though pannacotta isn’t normally on the menu here, the host of other family recipes that are offered are a good stand-in for a trip to the old country, where co-owner Joseph Racheli’s father is from. These guys are happy to tell you the story behind any of the dishes, they’re also quick to point out the history of their building.

Originally home to the city’s newspaper and then a boarding house, 338 Main St. suffered a fire in the 1870s and was then rebuilt in 1879. “These are the original brick walls,” said Blankenship, gesturing to red exposed brick that meets hundred year old wooden floors.

“You just don’t find places like this,” Blankenship said in reference to the building, though the sentiment holds true for the food. 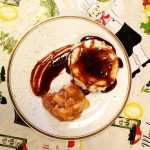 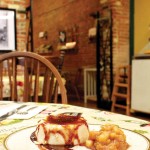 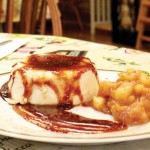