A brief chat with Eliza Gilkyson 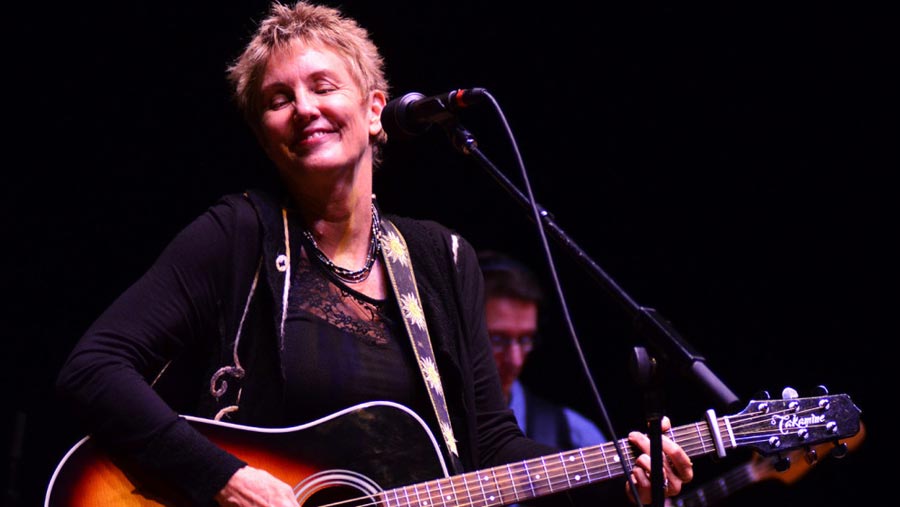 Folk singer Eliza Gilkyson plays at Daniels Hall on November 7, so we jumped at the chance to have chat…F

Yellow Scene: You live in Austin – what’s the state of the current scene there?

Eliza Gilkyson: I’m on the road so much, I’m not part of the Downtown scene. I play maybe once or twice a year in Austin, but I appreciate very much that it’s become sort of a music Mecca. It really influences the feeling of the place and the economy, and I think those of us who live here feel a real camaraderie with each other, and we feel pretty darn fortunate.

YS: Do you enjoy playing Colorado?

EG: I sure do. I lived in Colorado, in the 1980s and late ’70s. I lived in Louisville. In those days, I had a little rock band and we’d tour the little ski areas. I have a lot of friends there. I also lived in New Mexico, for many years. It was our sister state, so all musicians from Santa Fey cross pollinated with our Colorado friends.

YS: Your dad (Terry Gilkyson) made music, notably for Disney, and your brother (Tony Gilkyson) has been in punk bands like X. Has your family influenced you?

EG: My dad, totally. Particularly melodically, and in terms of where he was coming from. He put a lot of himself into his songs, his emotional matrix, even though they were thought of as non-personal songs. “Greenfields” was about his marriage to our mother, which was a devastating break-up for him. With my brother, I was listening to Mexican music on the radio in LAS, and he went straight for the blues with Wolfman Jack.

YS: What do you have planned for the Denver set?

EG: I have a new record out, so there will be lots of new songs. I’ve been performing two sets and, during my break, I like to go to the front of the crowd with a pad and have them write the second set. We have a lot of laughs doing that.

EG: I’m going to go out with Mary Gauthier and Gretchen Peters, with a tour called “Three Women and the Truth.” Then I’m going to the Netherlands, and then I’ll start the next record.