A Look Inside Halloween 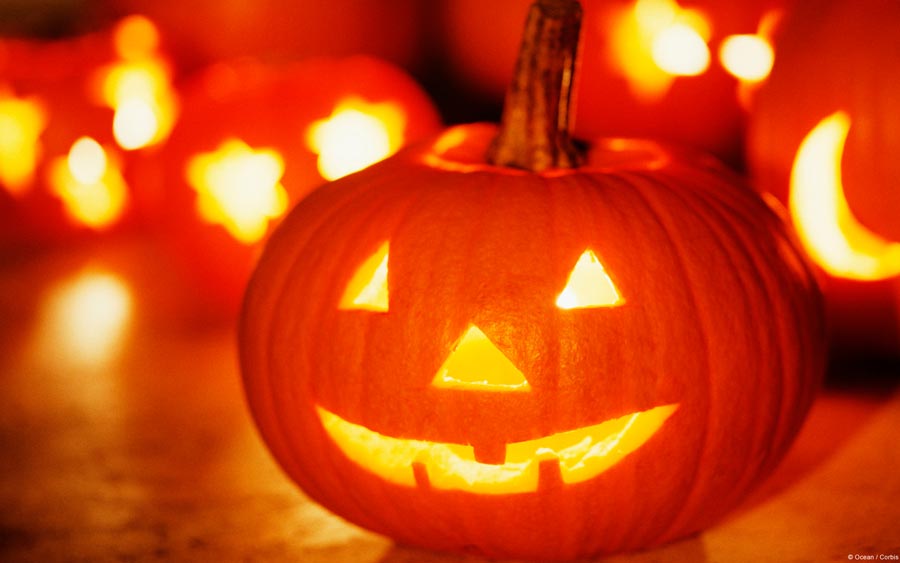 Ghouls and goblins, candy and parties, today Halloween is celebrated all over the world. America alone spends billions of dollars annually on the ghoulish holiday, but why do we celebrate Halloween? We here at Yellow Scene have all the answers behind your favorite Halloween traditions.G

Halloween: The holiday itself is believed to be Celtic in origin, coming from the 2,000 year old Celtic festival of Samhain (sow-in) where people would light bonfires and dress up in order to ward away ghosts and vengeful spirits. Fast forward to the 8th century, Pope Gregory III names November 1st “All Saints Day”, which was a day to honor the saints and martyrs of the Catholic church. Inversely this aroused people to celebrate demons and dark things the day before, making October 31st All Hallows Eve. In the 18th century Halloween was used as a ritual to bring good luck to unmarried women to hopefully someday find a husband. Eventually the festivities made their way to the new world, where the new members of the 13 original colonies put on plays, dressed up and told each other scary stories in celebration of both the harvest and All Hallows Eve. Due to Puritanism and Protestantism most of the scary overtones were taken out of Halloween festivities and weren’t reintroduced until the late 1920’s/early 1930’s with the rise of the Great Depression which saw vandalism and unemployment hit an all-time high in America.

Trick-or-Treating: During the 9th century, somewhere around 1000 A.D., Christian churches made November 2nd “All Souls Day” (not to be mistaken with the Catholic church’s “All Saints Day”), which was a celebration of the dead. A Samhain like celebration still took place where people would dress up and light bonfires. But now poor people would go to the houses of the wealthy and in exchange for praying and grieving for the loss of the wealthy families’ relatives, the poor families would receive sweet pastries and cakes. Later on in England during the 17th century, a man named Guy Fawkes led a Catholic group to kill the Protestant King James I by blowing up parliament with gun powder barrels. He was unsuccessful, but dressing up like Guy Fawkes and going around asking “a penny for a Guy” on Guy Fawkes Day became routine on November 5. The tradition made its way to America where it gained prominence in the Great Depression, resulting in mass vandalism on “mischief night”. The festivities died however after the start of World War II but were eventually revived in the late 1950’s thanks to the baby boom.

Monsters: Many of these horrifying creatures can connect their present success to humble beginnings. Vampires owe their beginnings to a man named Vlad Tepes, also known as Vlad the Impaler, who was a 15th century Romanian prince who is known for driving the Turks out of his empire, and also the whole drinking the blood of his enemies thing. The modern vampire owes its homage to Bram Stoker’s Dracula, an overly sexualized yet predatory supernatural man of nobility who lived in Western Europe.

The werewolf can be traced all the way back to ancient Greece. In the fable, a man named Lycaon wanted to test Zeus to see if he truly was as powerful as he had boasted himself to be. Lycaon took one of his 50 children, butchered him, roasted him and served him to the powerful Greek god. Furious after realizing Lycaon had served him one of his sons, Zeus turned the man into a wolf, killed his 49 other children and returned the butchered son back to life. This is where we get the word Lycanthrope which is Greek for werewolf or wolf man.

Zombies are the only monsters that don’t truly have an origin story. Originally these creatures came to be known through literature as people who had lost their autonomy due to witchcraft or voodoo. It wasn’t until George A. Romero’s 1968 cult classic Night of the Living Dead, which gave way to the new age flesh eating zombies.

Jack O’ Lanterns: Original jack o’ lanterns weren’t carved out of pumpkins, which are indigenous to North America. Originally they were made out of potatoes and turnips due to an old legend. The tradition comes from the old Irish tale of “stingy Jack”. The story goes that one night a man that went by the name of Stingy Jack invited the devil out for a drink. Living up to his epithet Jack did not want to pay for the drinks so he persuaded the devil into turning into a coin so he could pay for the libations. However when the devil turns into the coin, Jack places him in his pocket next to a silver cross, which doesn’t allow him to change back. Jack makes a deal with the devil that he would let him out if the devil leaves him alone for one year and won’t take his soul if he dies in between that period. The devil agrees and the two go on their marry way. A year later the devil comes to take Jack’s soul, but again Jack tricks him by having the devil climb a tree to pick a piece of fruit for him and carving a cross into the trunk of the tree, not allowing the devil to come down. This time the deal was that the devil must leave Jack alone for ten years and again cannot take his soul should he die, they agree and Jack allows the devil to come down. In between those ten years Jack dies, God refuses to allow him into heaven and the devil can’t accept him into hell, so Jack was cursed to roam the Earth for eternity with a nothing more than a hot coal to light his way, which he placed into a lantern he carved out of a turnip.

Superstitions: Crossing paths with a black cat is sought as unlucky because, in the middle ages, many people believed that witches could only avoided detection and sometimes capture by turning into cats. Stepping under a latter is most likely seen as bad luck because the Egyptians believed that all triangles were sacred markings (which explains the pyramids). Candles are lit so that deceased relatives and loved ones can find their way to the afterlife. Though most of these activities are avoided during most of the year, they are accentuated during the October month. 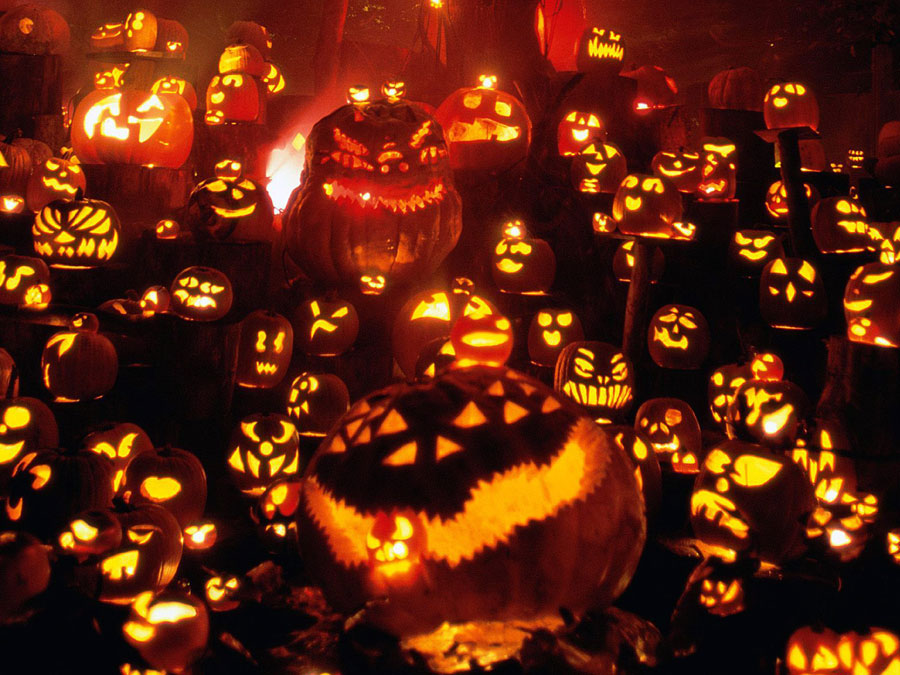