Looking Back: 30th of October 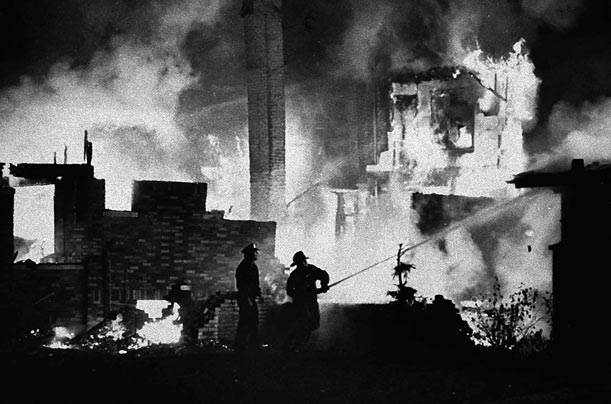 Don’t let the tricks fool you and keep an eye out for unsuspected treats, it’s Devils Night.D

Ezra Pound was welcomed into the world in 1885. Pound became known for his poetry and promoting other authors. He lobbied for the publication of T.S. Elliott’s work, “Lovesong of J. Alfred Prufrock” in Poetry Magazine, which is heralded as a paradigm shift in American literature.

The Lamborghini made its first appearance in 1963 and Gavin Rossdale, the lead singer of 1990’s alternative band, Bush, was born in 1967. Jim Morrison, of the Doors, was fined and sentenced to six months in jail for exposing himself during a show in Miami and Muhammad Ali regained his Heavy Weight title in 1974’s “Rumble in the Jungle” bout, after beating George Forman.

Birthdays on this day also include John Adams in 1735. Adams was the second Persident of the United States who nominated George Washington as commander of the Continental Army. Adams served as Vice-President twice and described the position to his wife as “the most insignificant office that ever the invention of man contrived or his imagination conceived.”

Orson Wells famous broadcast of War of the Worlds first aired on this night in 1938. Staged as an urgent news broadcast, the program caused thousands to flee their homes in panic. The script found it’s way to Quito, Ecuador, where in 1949 it would be repeated to detrimental consequences.

Leonard Páez masterminded the production and allegedly ran UFO sightings in local newspapers days before the broadcast. The propaganda apparently worked and during the airing thousands fled to churches and into the hills surrounding the town. Realizing the uproar created, the station stopped the production and issued a plea for calm only to be surrounded by an angry mob. A fire was set at the entrance and while most employees escaped, those on higher floors were forced to jump from windows. It is estimated that 10-20 people died that night including Páez, and the local newspaper, home of the radio station, was left a burnt ruin. A cruel twist of fate occurred when it became apparent that most emergency responders had gone to the supposed landing zone and none were left to extinguish the flames.