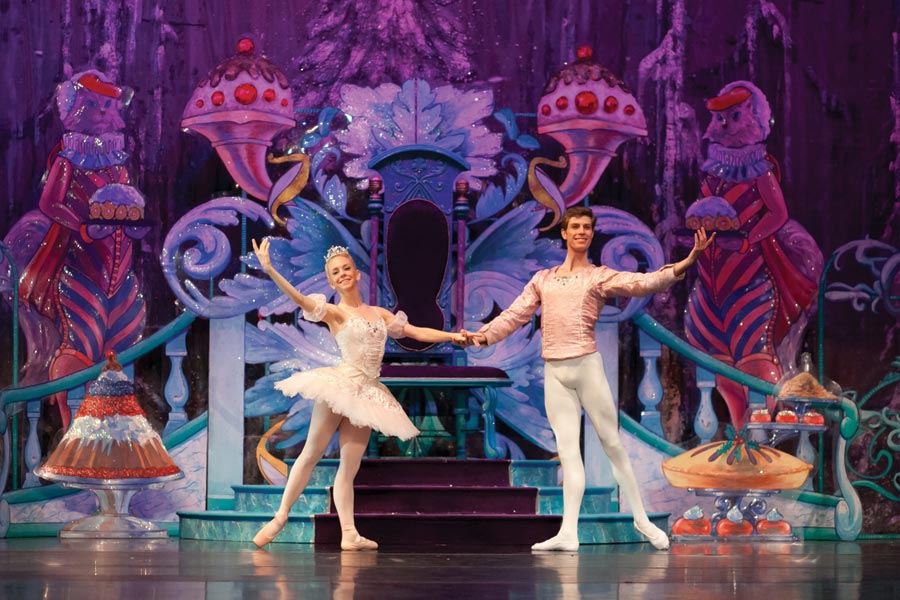 The Colorado Conservatory of Dance, formerly the School of Ballet Nouveau Colorado, is getting into the Christmas spirit by performing the classic The Nutcracker for a limited run in December. If you’ve never been to the ballet before, The Nutcracker is the perfect way to introduce yourself to the classical art form. With toys coming to life at Christmas, it’s also a great way to spend an evening with the kids. We spoke to the CCD’s Julia Wilkinson Manley to find out more…T

Yellow Scene: How long have you been dancing and when did you hook up with the CCD?

Julia Wilkinson Manley: I’ve been with this organization in 2002 and we became CCD last August, 2013. We were formerly the School of Ballet Nouveau Colorado. The organization is 22 years old, so I came in about halfway through.

YS: Have you danced The Nutcracker before?

JWM: I’ve danced since I was two years old, and this will be my 34th year being involved with The Nutcracker. This production is really special. The set and costumes are gorgeous, our student dancers have been rehearsing since August and they’re beautiful dancers. It’s a really professional production. This year, we have two international guest stars. This is the first time that we’re bringing in guests with this kind of stardom, so we’re really excited. The female is Adiarys Almeida, and Joseph Gatti. They are formerly principal dancers with the Cincinnati Ballet, and then they were with the Boston Ballet. Now, they’re independent stars who travel all over the world. We’re very lucky to have them.

YS: We read that there are multiple family members in the cast…

JWM: Yeah, we have some sibling pairs, and we also have an aunt and niece, and then we have a mom in the production who trained in our school when we opened and now she has two daughters in the production.

YS: Why should somebody come who has never attended the ballet before?

JWM: Our performance is really accessible. Once you walk in the doors it’s a luxurious experience but it’s very small scale so it’s very welcoming, especially for families with young children. After each production, we open up the curtain and we invite kids on stage to learn a dance and they get to meet characters from the ballet. Afterwards, they get to go out into the lobby and get autographs from the main characters. So it’s especially great for young families.

YS: What’s next, after this run of performances?

JWM: We have a full season which is going to be fabulous for our students. In February, we are debuting the Secret Garden. In April, students are creating their own show, working on it now. They create the choreography, costumes and lighting from top to bottom. In May, we have a performance called All You Need Is, which is a ballet to music by the Beatles. Lots of exciting stuff coming up.