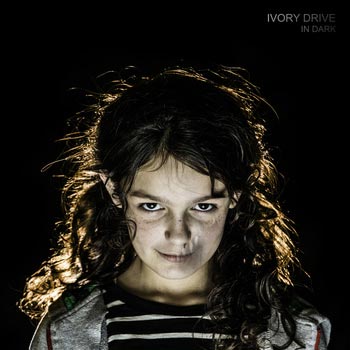 Yellow Scene prides itself on being hyper-local, and that includes music. We want to make sure that as many local bands, DJs, MCs, etc as possible get the press that they deserve, so Web Beat will be a weekly online column going forward. Every week, we’ll check into Bandcamp, Soundcloud, and whatever else we can find, and listen to the latest tunes from local artists. If you have hints and tips for us, email editorial@yellowscene.com.Y

The pleasure attributed to finding a new and unique take on musical expression is paramount to none, and it’s safe to say the experience rings true with Boulder locals Ivory Drive’s newly released single In Dark. Ivory Drive combines so many different sources of musical inspiration it’s almost impossible to describe. Drums, piano, trumpet, bass, cello and more culminate in something which is jazz, world, classical, and big band all rolled into one amazing experience. Absolutely awesome.

One Flew West’s newly-released alt-rock endeavor Kind of Love is a beautiful blend of classic rock, alternative, and indie rock in a simple, clean formula. There is plenty of space for the presentation of vocal work which does a fantastic job of walking through many different emotional expressions. What’s most amazing is how easy it is to overlook the dark nature of the lyrics as you are spirited away into the story woven by this group based out of Denver. Originally from Longmont, Colorado One Flew West is the very definition of home-grown musical artistry.

Three-piece rockers Lanedecay hail from Fort Collins with their new track Madison of the newly-released In Light // Remember EP. The low-fi post-punk instrumental cues meld perfectly with the distant drone of lyrical overlay which feels very much like a trip down a back stretch of two-lane Colorado highway. With only a few other tracks in the books since the beginning of the year it’s a wonder the sound seems as solid and defined as it is. These are artists that know what they want to produce and how to get there.

Boulder’s Mitchell Macura, professionally known as Cocordion, prides the raw and unrevised presentation of his experimental EP someonedays which houses the track RadioSilence. Inspired by a friend, the stripped-down and vocal-centric track slowly layers what could be described as less of instruments but more emotional levels as the track progresses. It’s a very unique expression of musical artwork which provides what it most likely only a glimpse into Mitchell’s musical talents and vision.

Montoneros’ newly-released Ride The Ridges is featured on their most recent album If You Think You’re In The Wrong Place, You’re Probably Here. Very reminiscent of early Minus The Bear tracks, Ride the Ridges is an emotionally-charged indie-rock offering which sounds familiar and new at the same time. The new album is the first full-length production following a 3-song demo published earlier this year. It’s safe to say though that Montonero will continue to refine their sound to produce their vision for future records to come.

To kick off the weekend Boulder local Dave Boylan’s Wrap My Arms Around The World is a high-energy r&b, rock, country, alternative expression of the weekend scene as we head into the holidays. Dave is accompanied by Pat Gill and Steve Devita in the three-piece production of the tried and true two-step jam formula which just cries out for you to leave the kids at home and queue up at the closest available dance floor. Truely all the required inspiration an area weekender needs.