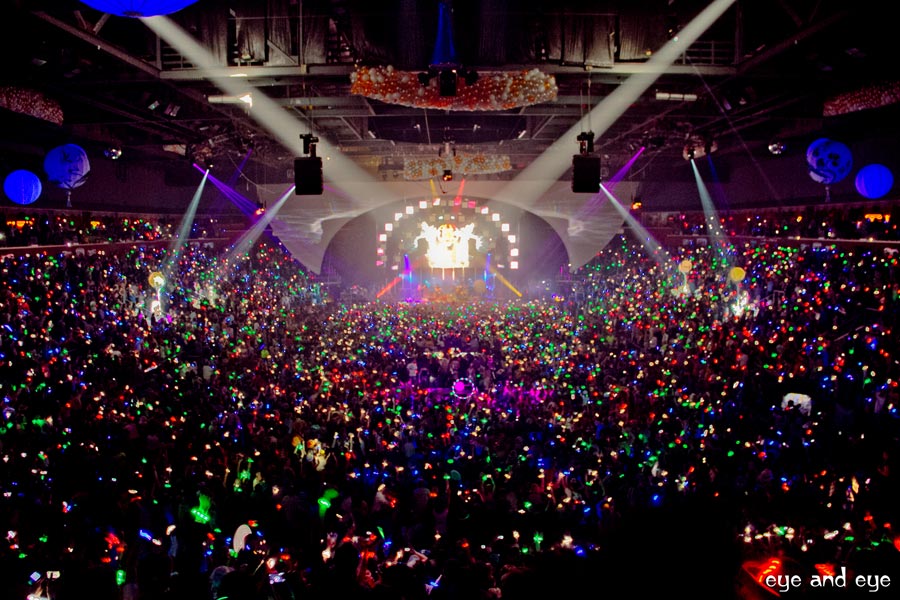 The Oscar-winning 1950 film based on a Pulitzer Prize-winning play comes to vivid life on the Arvada Center stage. Harvey is the story of friendly, unassuming Elwood P. Dowd, and his friendship with an invisible 6-foot-tall rabbit named Harvey. His family, worried about Dowd’s sanity, visits a local sanitarium, but his sister is accidentally committed instead. Hare-larity ensues (ahem. Yeah. That just happened.) as everyone tries to find Dowd and his invisible rabbit. It’s a classic comedy that remains a favorite of both small and large professional theaters all over the world. It runs Jan. 27 – Febr. 22, Thursday through Sunday at 7:30 p.m., with select matinees at 1:30 and 2 p.m. Tickets start at $25. www.arvadacenter.org

What do ELO, Foreigner, David Bowie and Cheap Trick all have in common? Actually there’s a fairly length list of options for the answer to that question, but for the sake of economy of ink, we’ll stick with this: They’re all bands whose music receives the Mr. Majestyk’s 8-Track Revival treatment when the self-proclaimed “100% Top Fuel Analog Rock and Roll With a Side of ’70s Gold Pop” band invades the stage. And yes, while we’re a sucker for slick packaging (check out their sweet ’70s SuperSport Camaro logo), their sound is as arresting as the spectacle they deliver in person. It’s a local superband of funktasm.Check ’em out at Nissi’s on Jan. 24 at 7:30 p.m, $10. nissis.com.

This place ain’t your regular movie hall folks. Taking its cue from the world famous Alamo Drafthouse Cinema in Austin, TX, this movie hall emphasizes grown up, quality movie experiences chockfull of gourmet eats and specialty drinks. The new theater requires its own set of rules: Be sure to show up 20 – 30 minutes early grab a seat, order a meal and watch indie shorts before the main feature. It’s real food here, so no hanging out at the counter. There’s order cards and pens at the table so you can keep the drinks rolling. And keep the little kiddies at home except for “cry baby Tuesdays.” Kids under three are not allowed at other times. They even have a kids menu—but there’s no talking back to the screen and no one under 18 allowed without a responsible adult; cinebarre.com.

The problem with the blues is the sheer ubiquity of the style—it underwrites every genre of western pop music, to start with—so when it comes to telling timeless tales in delta-drenched fashion, chances are it’s been done before, at least three times, and probably all three times were way better than you could hope to do. So when someone comes along and stands out, that means they’re something special. Keb Mo’ is such a standout. We could go into great detail as to why, but the best way is for you to simply listen to his latest outing, the Grammy-award nominated release, BLUESAmericana (Kind of Blue, 2014). And if you don’t have the time to listen to the whole thing, then just listen to his take on “America The Beautiful.” It’s a lithely self-aware spin on the song — a meta moment that reminds us how America’s most important contribution to the world is the blues. At the Boulder Theater, Jan. 4, 7:30 p.m., $35. bouldertheater.com.

Fiddler on the Roof

The multiple Tony-winning musical Fiddler on the Roof tells the story of Tevya, a poor dairyman living in the small village of Anatevka. Tevya faces the changing times as his daughters start their spouse search — testing the traditions of his faith. This all is set amid the growing anti-Semitism of Czarist Russia. Fiddler on the Roof resonates with a deep emotional connection to universal family themes, a brilliant score, lively dance numbers and well-timed wit. Playing at Boulder’s Dinner Theatre through Feb. 28. Performances every day of the week, with tickets starting at $38 (includes dinner). bdtstage.com

Nothing says New Year’s Eve in Colorado better than a 3-night stand with one of the Centennial State’s most beloved jam bands. This year, the honor belongs to String Cheese Incident, who’ll ring in 2015 over the course of three shows at the 1st Bank Center. If you’re not familiar with the band, you’re not yet qualified to call yourself a Coloradoan (you don’t have to like them, but you need to be aware), because they’re one-half of the reason (the other half being Leftover Salmon) jamgrass resonates throughout the Rockies with more reverberation than any other genre — for better or worse. If the mandolin’s your thing, they’ve got the strings. Dec. 29–31, 8 pm, $49.50+. 1stbankcenter.com.

Yellow Scene: Tell me about how your new album Family (bit.ly/TenTiersFamily) came to life.

Jonathan Tiersten: This album came to life because of a rekindled friendship with Mitch Dezwarte. Our previous musical relationship ended rather acrimoniously. When he moved back to Colorado (after three years in Wisconsin) we established our friendship first. We found that our sons and wives simply adored each other. After a while we decided to start fooling around with some musical ideas. That is why the album is named Family.

YS: How have you evolved as a musician since your first album? How is that evidenced on this one?

JT: One of the most obvious differences for me as a musician now is that I don’t care what seems popular or what trends there are currently. I just want to make music that I would enjoy listening to.

JT: I am going to do an album of soul and R & B covers with John Magnie and Steve Amedee from The Subdudes. Mitch will be involved with that as well. I have tentative plans to do some playing in Nashville with my great friend Casey Twist. I guess the answer is, “wherever the tide takes me.” I am trying to enjoy every minute of it.