At the Other Side with the UllrGrass AllStars 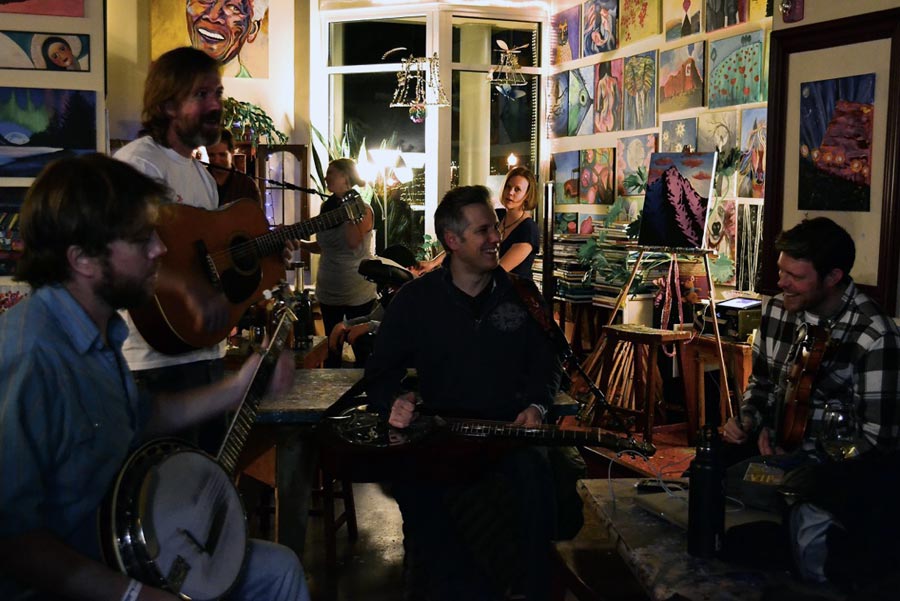 UllrGrass has officially kicked off, and it’s been busy. With four stages throughout town, the foot traffic in Golden has picked up a notch. This is the inaugural year for the UllrGrass bringing in a number of high caliber musicians, including Grammy Winner Peter Rowan, Andy Hall and Andy Thorn, Tyler Grant and a long awaited return of local boys Head for the Hills. Having so many events before the actual festival, two contests and a dinner party over the last three weeks, created a serious sense of anticipation that finally released Thursday night at Cervantes Other Side.U

Musicians were being picked up from the airport as Gypsy Cattle Drive kicked off the evening with a swinging set of jazz standards, Texas swing and a dash of Bluegrass for flavor. They wooed the crowd appealing across the musical chasm between jazz and jam.

Gypsy Cattle Drive is a side project for front man Mark Morris, fiddler Coleman Smith and bassist Carl Meinecke of the Rapidgrass Quintet where they can explore the pre-bluegrass music of Duke Ellington, Django Reinhardt and Bob Wills. As fate would have it, Coleman’s flight was late so Nashville native fiddler Luke Bulla filled in. Bulla, on numerous occasions, has played for Greencards, and with Lyle Lovett as well as Tony Rice.

“It was pretty exciting to bring him out,” Morris said as he explained that Luke was the only member of the group he hadn’t yet met. 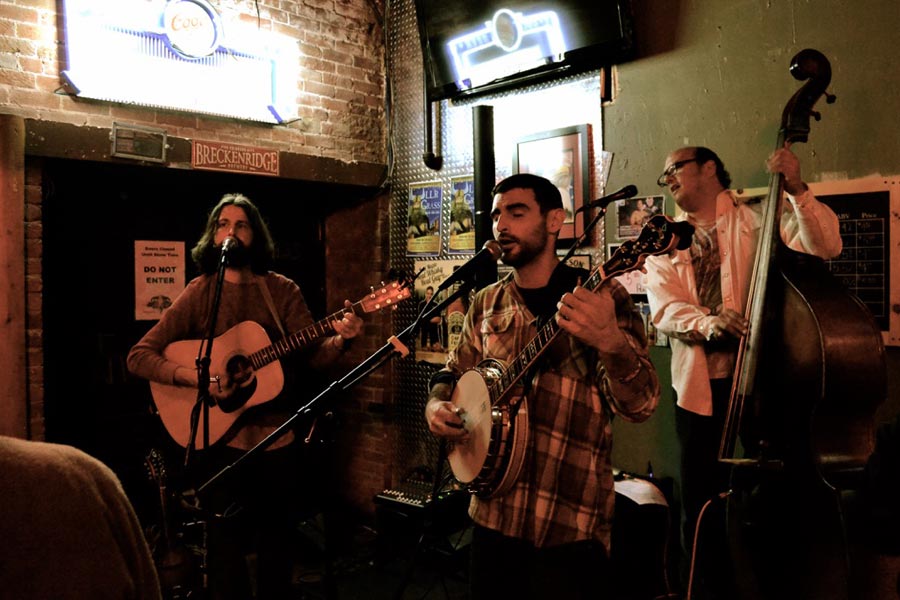 Friday, the music started at Mountain Toad Brewery around 5 p.m. with the Sweet Lilly’s family-looking band. Momma did play bass but fiddle was played by a precocious upstart no older than 13. Ragged Union followed suit and played until the grumpy neighbors could be seen peeping through their upstairs window.

Meanwhile across town, aka three blocks down the hill, Luke Bulla started off a solo set at the Golden Hotel before being joined by Allstars Andy Hall, Andy Thorn, Tyler Grant and Greg Garrison. It was a lucky set to be at and probably the smallest venue some of these guys had played at in over a decade.

Headliner Peter Rowan wrapped up the evening at the Buffalo Rose Saloon. The set list included some of Rowans most memorable tunes from his expansive career that encompasses working with Bill Monroe, to David Grisman and Jerry Garcia. Hearing Rowan musically lean on National Flatpicking Champion Tyler Grant, showed an intimacy between the musicians and an understanding of the lineage that Rowan has helped create. 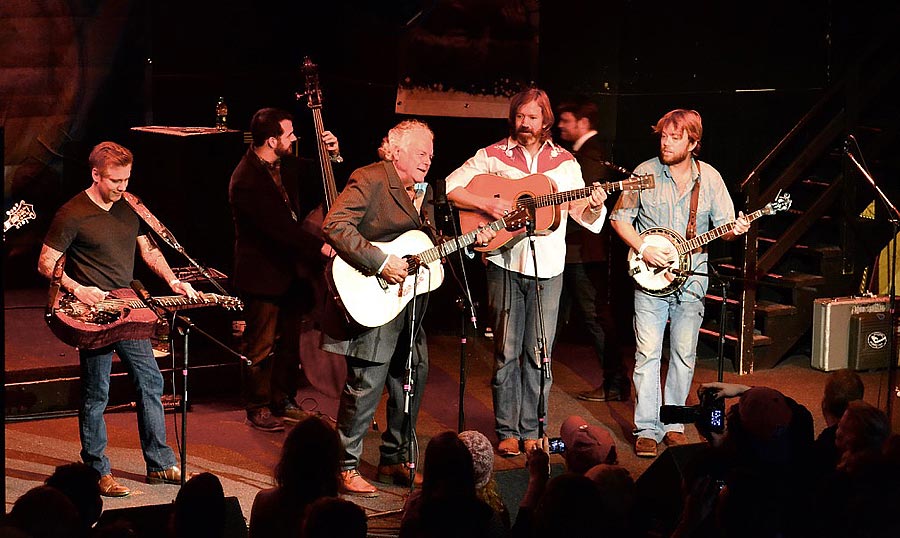 Burn it Blue provided a surprise knockout to the evening with an energetic set in the Buff Rose’s main dinning room.

“You know people are having a good time when the speakers are swaying,” said bass player Francisco Prado.

Honestly there was so much going on it was hard to keep a handle on it. Between cold beverages, seeing friends and catching sets, the only quiet place was found in the VIP area where some chilled wine, a short massage and some intimate picking gave the evening a little extra sparkle.